78% of Filipinos satisfied with how democracy works – SWS 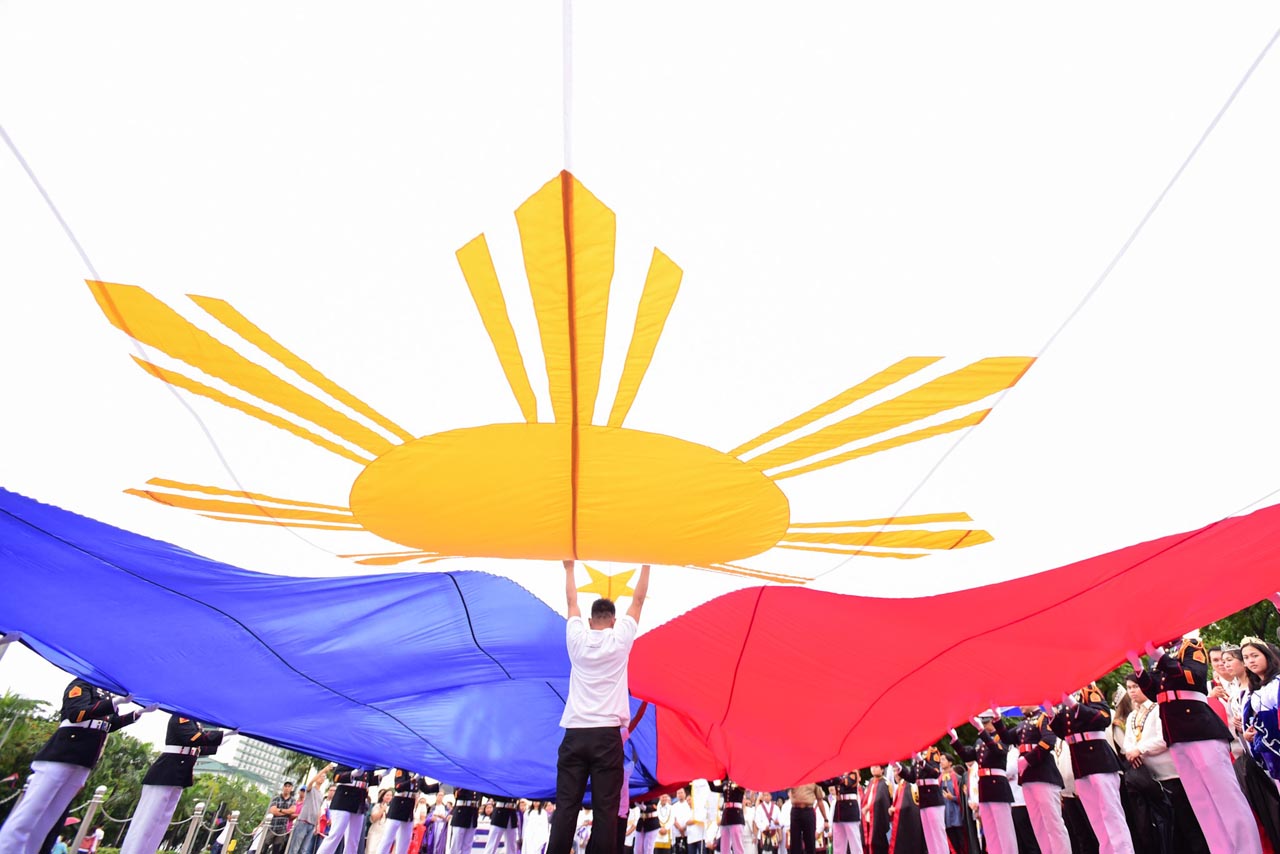 MANILA, Philippines – A majority of Filipinos remain satisfied with how democracy is working in the country and prefer it to any other kind of government, a Social Weather Stations (SWS) survey held in March but released only on Tuesday, June 12, shows.

The results of the First Quarter 2018 Social Weather Survey conducted from March 23 to 27 show that 78% or close to 4 out of 5 Filipinos are satisfied with the way democracy works in the country.

This is 2 points lower than the 80% recorded in the last poll on the subject in June 2017, and statistically the same as the 79% in June 2016 – the tail end of the previous administration. 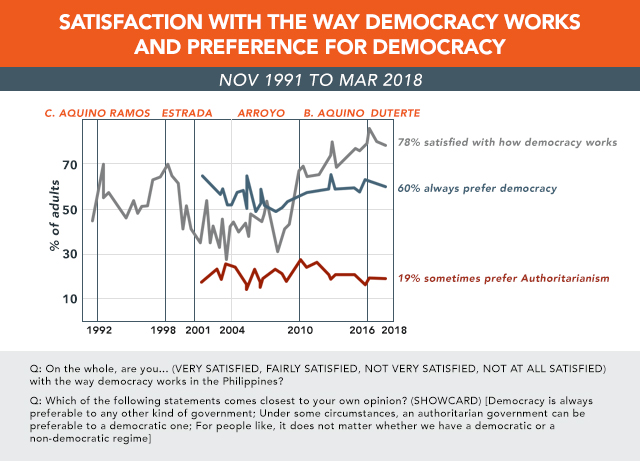 It was a different story in June 2004 – after the controversial victory of Gloria Macapagal-Arroyo against the late Fernando Poe Jr in the presidential elections – when Filipinos’ satisfaction with the way democracy works was at 44%. 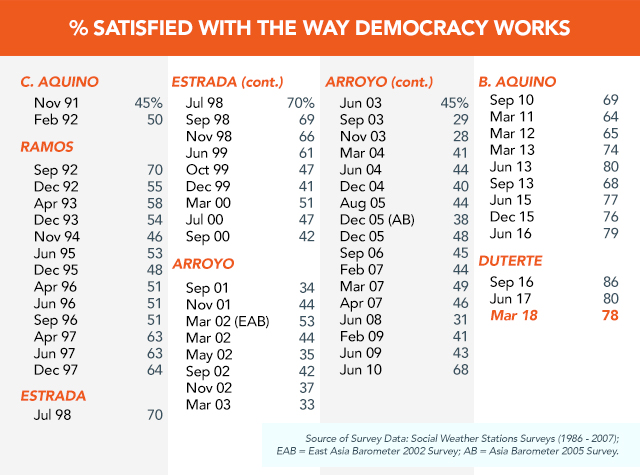 The survey – held among 1,200 adults (300 each from Metro Manila, Balance Luzon, Visayas, and Mindanao) –  has sampling error margins of ±3% for national percentages, and ±6% for regional percentages.

The March 2018 survey results also show that 60% of Filipinos believe that “democracy is always preferable to any other kind of government.”

In contrast, 19% believed that “under some circumstances, an authoritarian government can be preferable to a democratic one” while 21% felt it didn’t matter whether the Philippines remained a democracy or not.

The number of Filipinos who continue to prefer democratic rule in the country in March is similar to the 61% recorded in June 2017, SWS said. The number has been over 50% since February 2009, and peaked at 65% in June 2013, SWS said.

The survey also show that 19% of Filipinos believe that “under some circumstances, an authoritarian government can be preferable to a democratic one.” SWS said the figure has remained below 20% for 5 consecutive polls on the subject since December 2015. 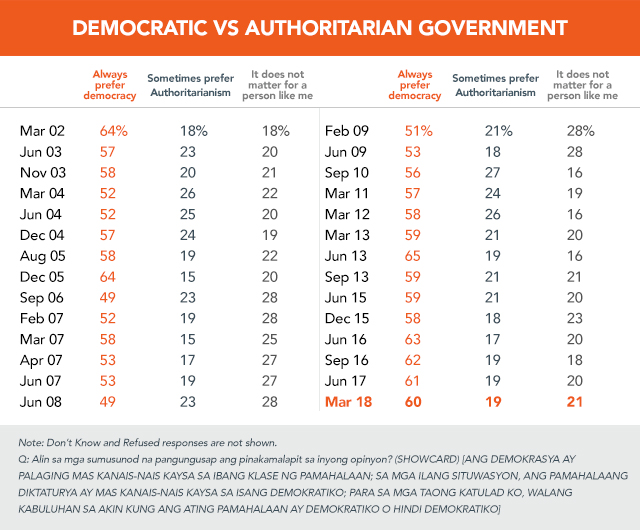 The proportion of those saying “for people like me, it does not matter whether we have a democratic or a non-democratic regime” barely changed from 20% in June 2017 to 21% in March 2018,” said SWS.

SWS also noted that “people’s preference between democracy and authoritarianism is a different issue from the degree of satisfaction with how democracy works, and is probed by a separate question.”

The question used to gauge public “satisfaction in the way democracy works” in the Philippines originated in the Eurobarometer surveys, the standard used in Latin American and Asian barometer projects, the SWS said.

The major issues in the weeks leading to the survey included the House hearings on the impeachment complaint against then Chief Justice Maria Lourdes Sereno, and President Rodrigo Duterte’s position on having joint exploration of the West Philippine Sea (South China Sea) with China.

The survey was conducted ahead of the successful ouster of Sereno through a quo warranto petition filed by Solicitor General Jose Calida.

SWS said its poll on satisfaction with democracy, and preference for democracy, are not commissioned and are done on its “own initiative and released as a public service.”

It said it employs its own staff for questionnaire design, sampling, fieldwork, data-processing, and analysis, and does not outsource any of its survey operations. – Rappler.com