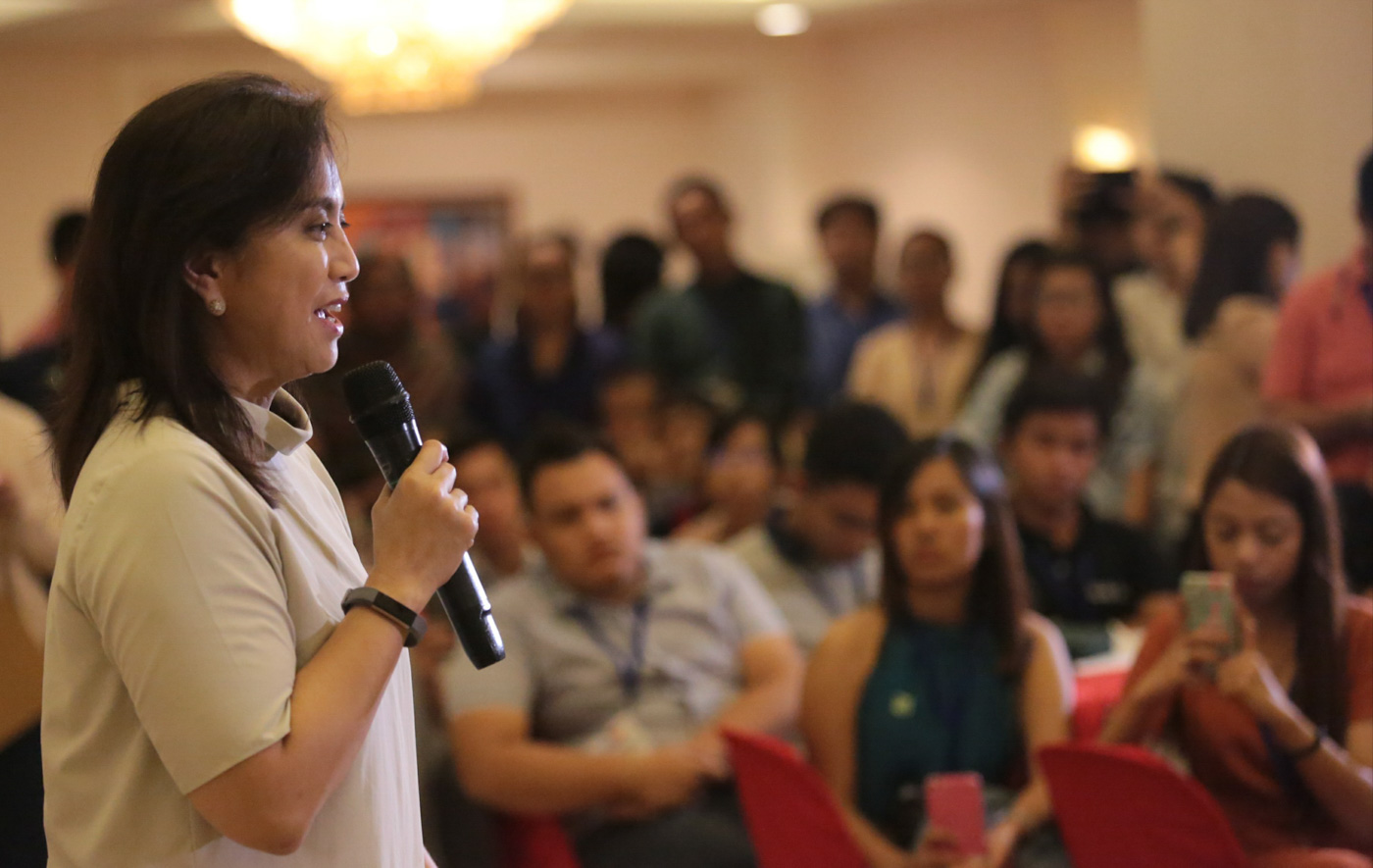 MANILA, Philippines – Vice President Leni Robredo on Saturday, June 16, urged the youth to remain hopeful about the future of the country as she assured them that in the end, “good will triumph over evil.”

Robredo made the statement at the Millennials PH (MPH) National Summit held at the Office of the Vice President in Quezon City on Saturday.

“Ang pinaka-number one na lesson in history, hindi tumatagal ang kasamaan, na parating in the end, ang nagta-triumph ay iyong kabutihan (The number one lesson in history is that evil does not last, and that in the end, good always triumphs),” she told members of MPH, a socio-political youth movement dedicated to developing future Filipino leaders.

(There are times in our lives, not just as a nation but in our personal lives, when we feel that we always encounter bad luck, or we feel as if we’re so defeated. But we should always have hope and faith.)

The Vice President said this is why she does not get too stressed whenever she would hear people say: “We’ve lost all hope. What is happening to us?”

She said this is why people “should not be too impatient” in fighting for positive changes in the country.

The Vice President also urged the youth to always be “chill” especially as they should conserve their energy for an apparent long “fight.”

“Siguraduhin natin na sa lahat ng ginagawa natin, maayos iyong pagkakagawa, parating ano lang, chill lang parati, ano, chill lang parati kasi kapag inubos kasi natin iyong energy natin, mahaba pa iyong laban (Let’s be sure that in everything we do, we do it well, and we’re always chill, because this is going to be a long fight and we have to conserve our energy),” she said.

Robredo added, however, that being “chill” doesn’t mean allowing others to trample on one’s rights.

The Vice President has supported youth-initiated actions, such as  the decision of thousands of students to walk out of their classes to condemn the government’s  attacks on the free press in February.

Robredo had earlier said that young Filipinos have long been leading the charge to stand up against tyranny. (READ: Gone too soon: 7 youth leaders killed under Martial Law)

MPH is one of the lead organizers of Angat Buhay Youth, the OVP’s anti-poverty program. It is a non-governmental organization composed of around 2,000 youth leaders from 33 school-based and community-based chapters from the Metro Manila, the Cordillera Administrative Region, and Regions III, IV-A, V, and X. – Rappler.com