3 injured as boulder falls on vehicle along Kennon Road

Jun 17, 2018 3:30 PM PHT
Rappler.com
Facebook Twitter Copy URL
Copied
(UPDATED) The incident forces the closure of Kennon Road noontime on Sunday, June 17. It is later reopened at around 3:40 pm on the same day. 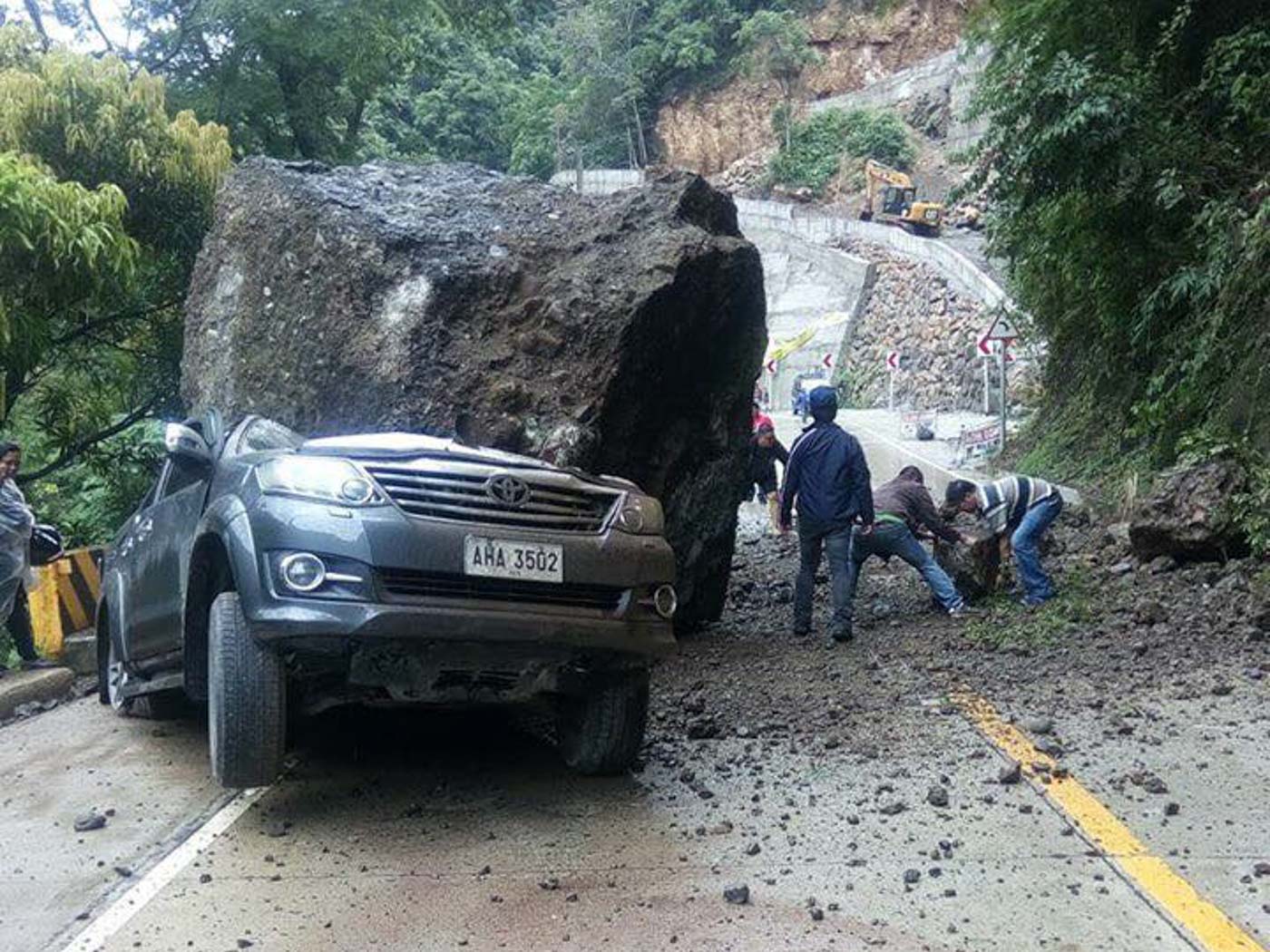 The boulder crushed part of the vehicle, a Toyota Fortuner, at around 11:10 am on Sunday.

Police Chief Inspector James Acod, chief of the Tuba Municipal Police Station, told Rappler in a phone interview that 4 people were on board the vehicle.

The driver was identified as Police Officer 2 (PO2) Jefferson Cadap, 28, a member of the La Trinidad Municipal Police Station in Benguet.

Cadap was with his wife Ginalyn, 27, as well as their children Xiehl, 4, and Zech Rhexelle, 2.

Ginalyn and the two children sustained minor injuries, according to Acod.

(The injured were the wife seated in front, holding one of their kids on her lap, and the child seated in the back.)

The entire family was brought to the Pines City Doctors’ Hospital.

(So far, they’re safe. The investigator came to check on them. They only sustained minor injuries, like abrasions on the temple.) 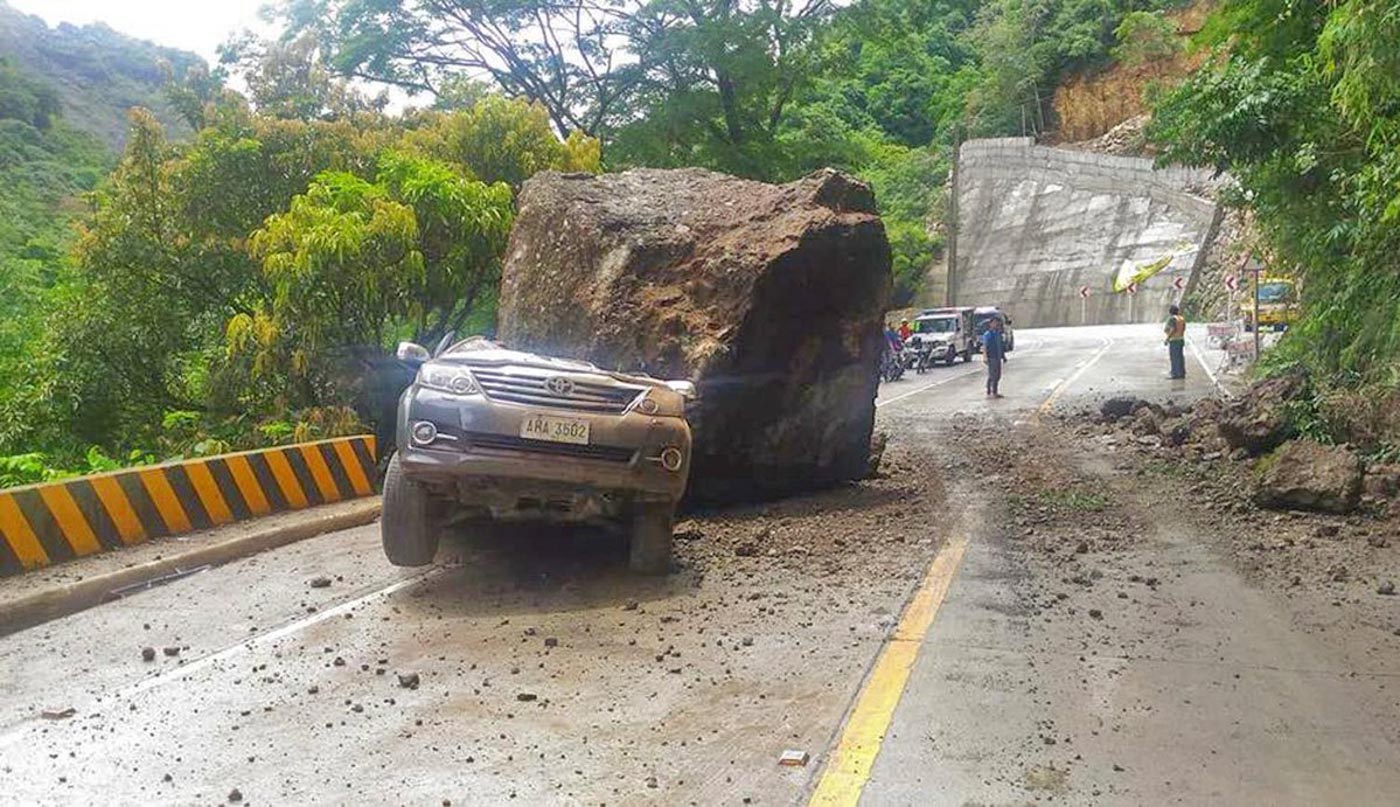 (For motorists, better to pass through Marcos Highway and Naguilian Road going northbound to Baguio City and going southbound to La Union… for public safety.)

The road was later reopened at around 3:40 pm on Sunday, after clearing operations were completed, said Acod.

Last Friday, June 15, Kennon Road had also been closed due to landslides triggered by heavy rain from the southwest monsoon. It was then reopened on Saturday, June 16. – Rappler.com