Sereno: I don’t need to be chief justice to fight 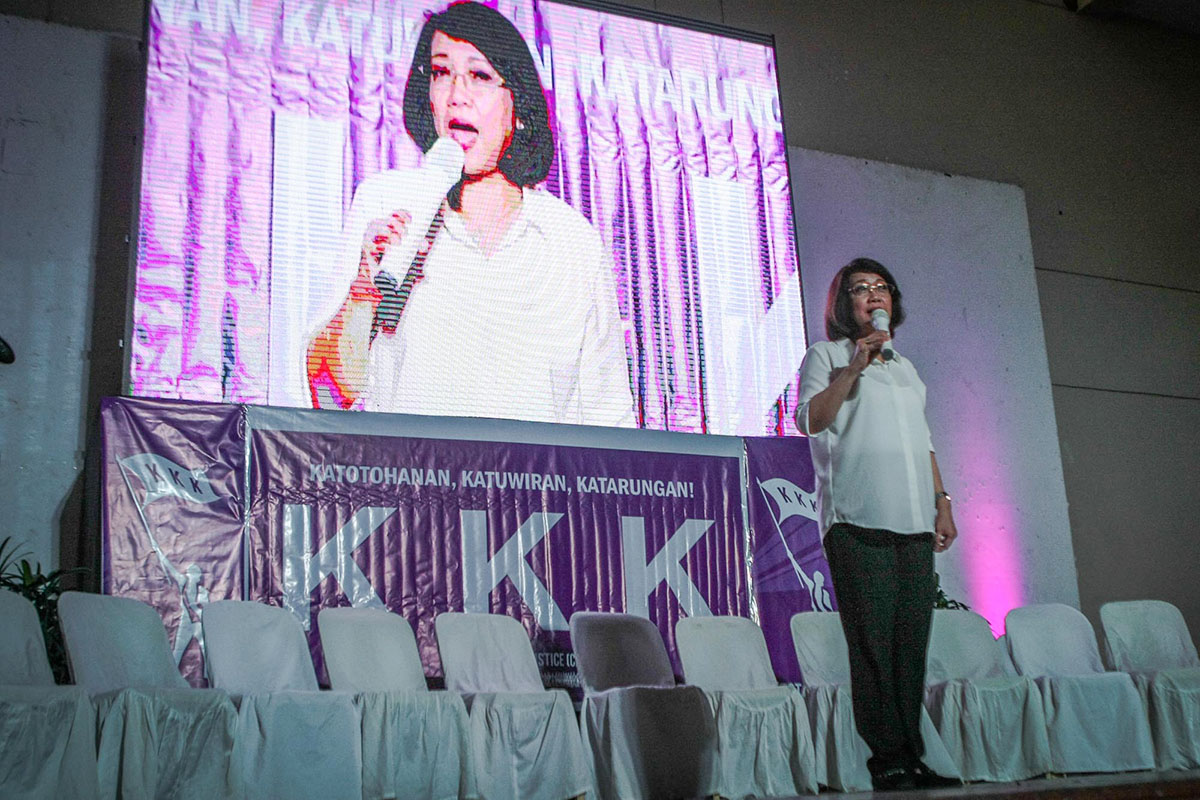 MANILA, Philippines – Under the glare of a spotlight and before hundreds of cheering supporters, ousted chief justice Maria Lourdes Sereno stood with a smile.

With finality, she was no longer the most powerful woman in the Philippine judiciary, kicked out of the chief justice post by no less than her colleagues in the High Court. But no matter, she said.

She will continue to fight.

“I stand before you now, stripped of my authority and my position by an unjust decision, but I do not have to be chief justice to defend our laws and institutions,” Sereno said in her speech at the University of the Philippines Bahay ng Alumni in Quezon City.

“We will continue to live the law!” Sereno said, the law she believes which has been violated blatantly under the administration of President Rodrigo Duterte.

This inspired her supporters to start chanting, “Laban ni CJ, laban ng bayan! (“CJ’s fight is the fight of our nation!). They remain to see her as their chief justice. 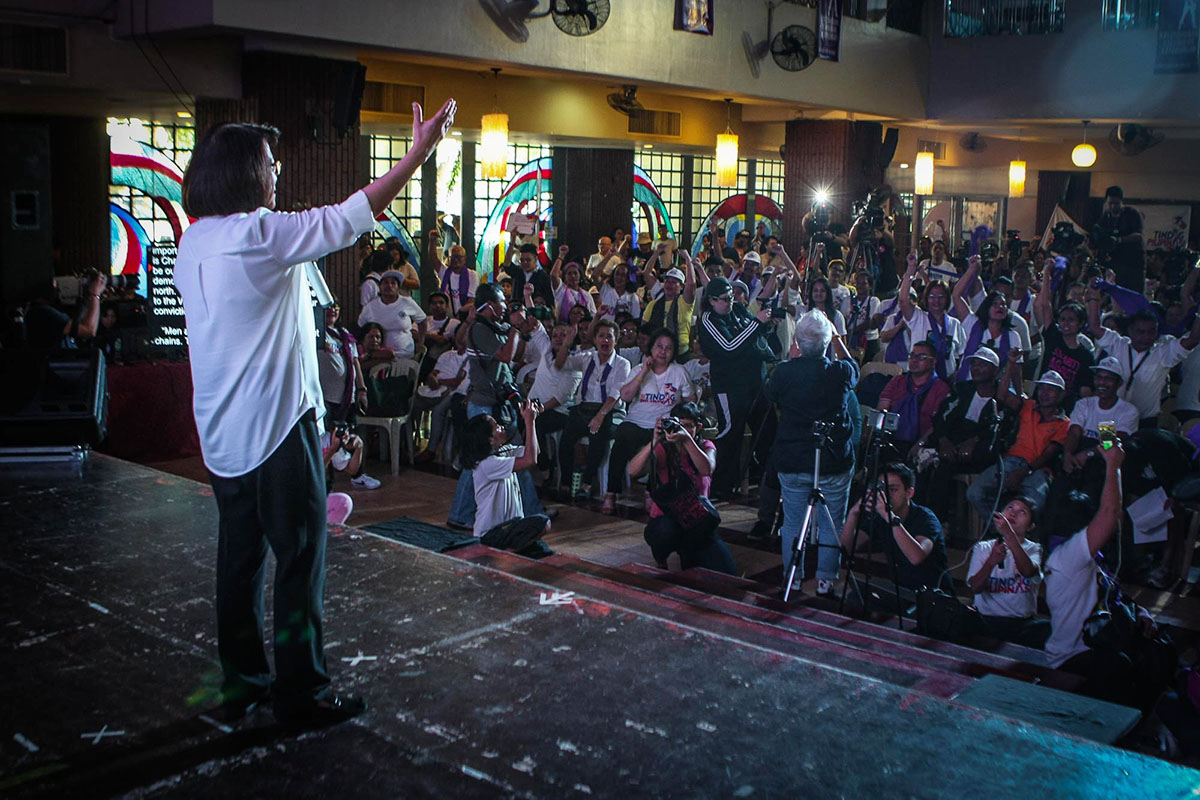 Mirror, warning to the nation

According to Sereno, her ouster was a reflection of the nation, and at the same time a warning for what is to come.

“My story is not unique. It is a mirror and yet it is a warning and a call to action to each of us and all of us as a nation,” Sereno said.

She recounted the attacks against her: Hearings at the House of Representative that lasted for hours, the calls for her resignation as accusations of corruptions were mounted against her, and the unprecedented quo warranto petition  which eventually got her removed.

“I underestimated how low they were going to go to unseat me,” Sereno said as she processed the experience.

Sounding almost like a politician, she ended her speech, “Sa bawat pagkakataon na tayo’y naninindigan, nagwawagi ang lahing Pilipino (At every opportunity we grab to make a stand, the Filipino people prevails).”

A pause gives the crowd time to chant for her, then she speaks.

“At ito ang laban na kailanma’y hindi mabibigo (And this is the fight that will never be lost),” Sereno said. – Rappler.com