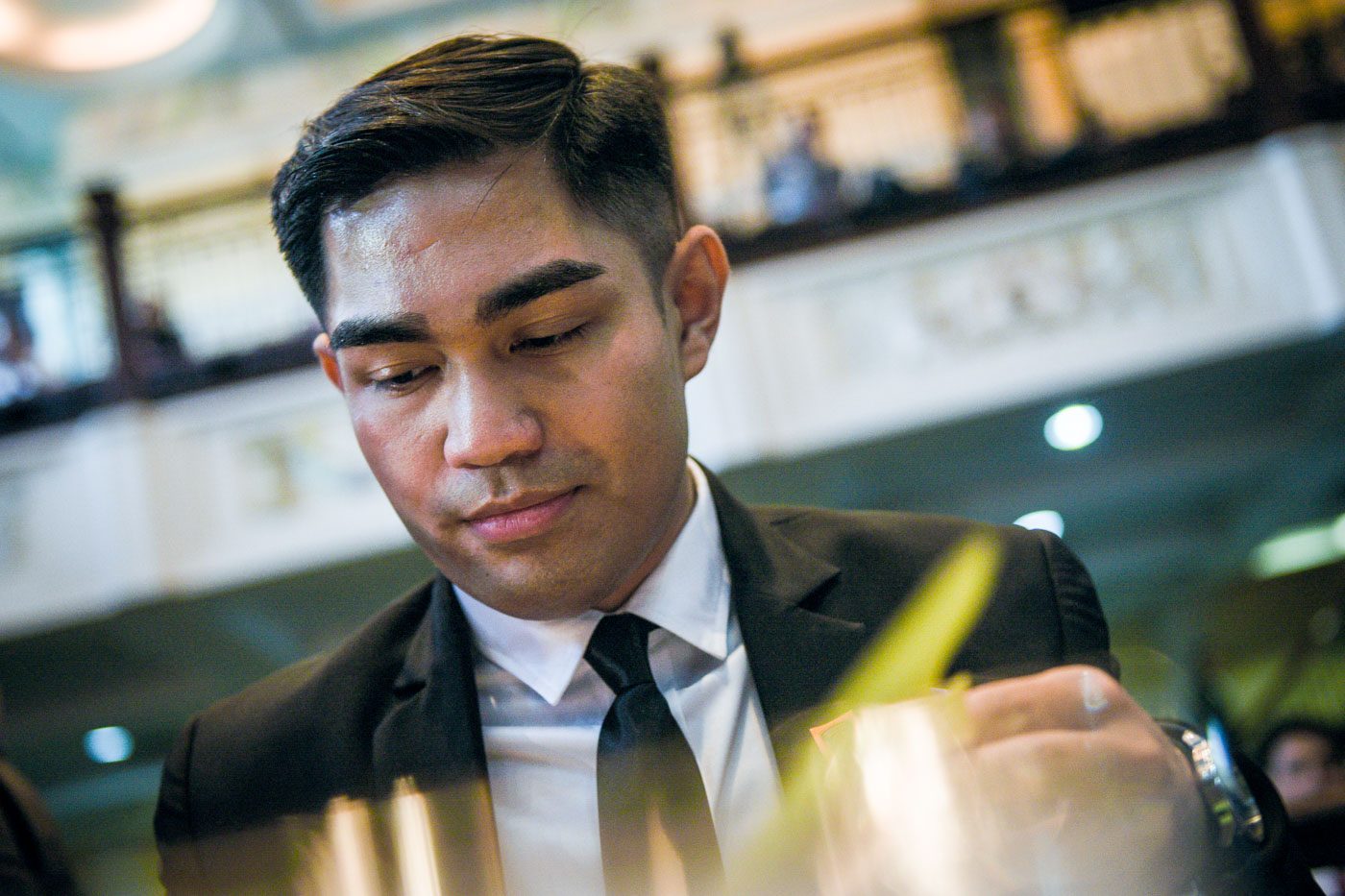 MANILA, Philippines – For the Philippine LGBT or lesbians, gays, bisexuals and transgenders, the oral arguments at the Supreme Court on Tuesday, June 19, was a most awaited moment until SC Associate Justice Marvic Leonen gave them a dose of reality.

For the first time, the High Court began to hear the petition seeking to legalize same-sex marriage. But is the timing right for such a landmark case, Leonen asked a petitioner in the case.

“This is a very dangerous case, It’s dangerous to the [LGBT] movement that you have apparently brought here, whether or not you had their consent, because you are now going to put squarely before this Court an issue which will require a very intimate reading of the Constitution,” Leonen told petitioner Jesus Falcis III, a 31-year-old gay lawyer whose first case out of law school was this petition.

Leonen pointed out that in other countries, same-sex marriage battles were won only after a rigorous political process, such as tackling it in parliament first, and having thorough consultations with other institutions like the Church.

Leonen, known for his progressive views, expressed concern that the “political infrastructure” may not be ripe for Falcis’ same-sex marriage petition.

He also said that there’s even a risk that the Supreme Court – the justices and the staff lawyers – may not understand yet the “nuances of sex, gender, gender identity, gender expression and sexual orientation.”

“Because God help you, if the Court, if the public is not ready to a accept the nuances, to understand these nuances, then we may commit a mistake and such mistake might be permanent,” Leonen said.

Leonen’s rhetorical statement also sounded like a warning: “You trust that this Court has the openness to listen, notwithstanding our own various intimate relations, that it will not creep into our understanding of the legal issues that are involved.”

In all of this, Falcis responded to Leonen in the affirmative.

Falcis’ petition is anchored on the argument  that the provisions of the Family Code that limit marriages to a man and a woman violate the constitutional right to equal protection of laws.

Leonen started grilling the petitioners with a barrage of questions on the nature of the right to marry.

Essentially, Leonen asked Falcis to point out to the Court the clear legal inequality of having no right to marry.

For one, Leonen said that same-sex couples can always form a family – a loving family, like heterosexual couples do.

Leonen pointed out that same-sex couples can enter into legal contracts wherein they can specify their rights, whereas married heterosexual couples can only do so via a pre-nuptial agreement.

“But there are contracts and stipulations that will not be allowed unless they are married because they will be contrary to law such as the compulsory portion of one’s inheritance, or one’s SSS or GSIS benefits, because that is for the spouse or the next of kin,” Falcis said.

This was where Leonen tackled a pertinent contention: there are laws that can be amended to address the rights that same-sex couples say they are deprived of, like amending adoption law to allow same-sex couples to jointly adopt children.

“Why is amending the law on marriage more urgent than other laws?” Leonen asked, saying that as other laws are amended, there will be better understanding of the nuances in gender roles.

Leonen said that Falcis can even lobby Congress to amend these laws, because an amended law will be stronger than a Supreme Court decision which may be overturned by a different set of justices later on.

The other risk of bringing the petition to the SC, according to Leonen, is the possibility of a decision that may further limit the rights of same-sex couples.

Falcis said that at the end of the day, same-sex couples are fighting for same-sex marriage because while they have legal recourse to obtain similar rights, these rights are not automatic.

Falcis stumbled on some of the questions, and he was advised to submit a clearer memorandum.

“We are different. But we are still also human beings who love and are loved. Like other Filipinos, we are family too,” Falcis said in his opening statement. – Rappler.com