Robredo won’t be ‘messiah’ for opposition after Sereno ouster 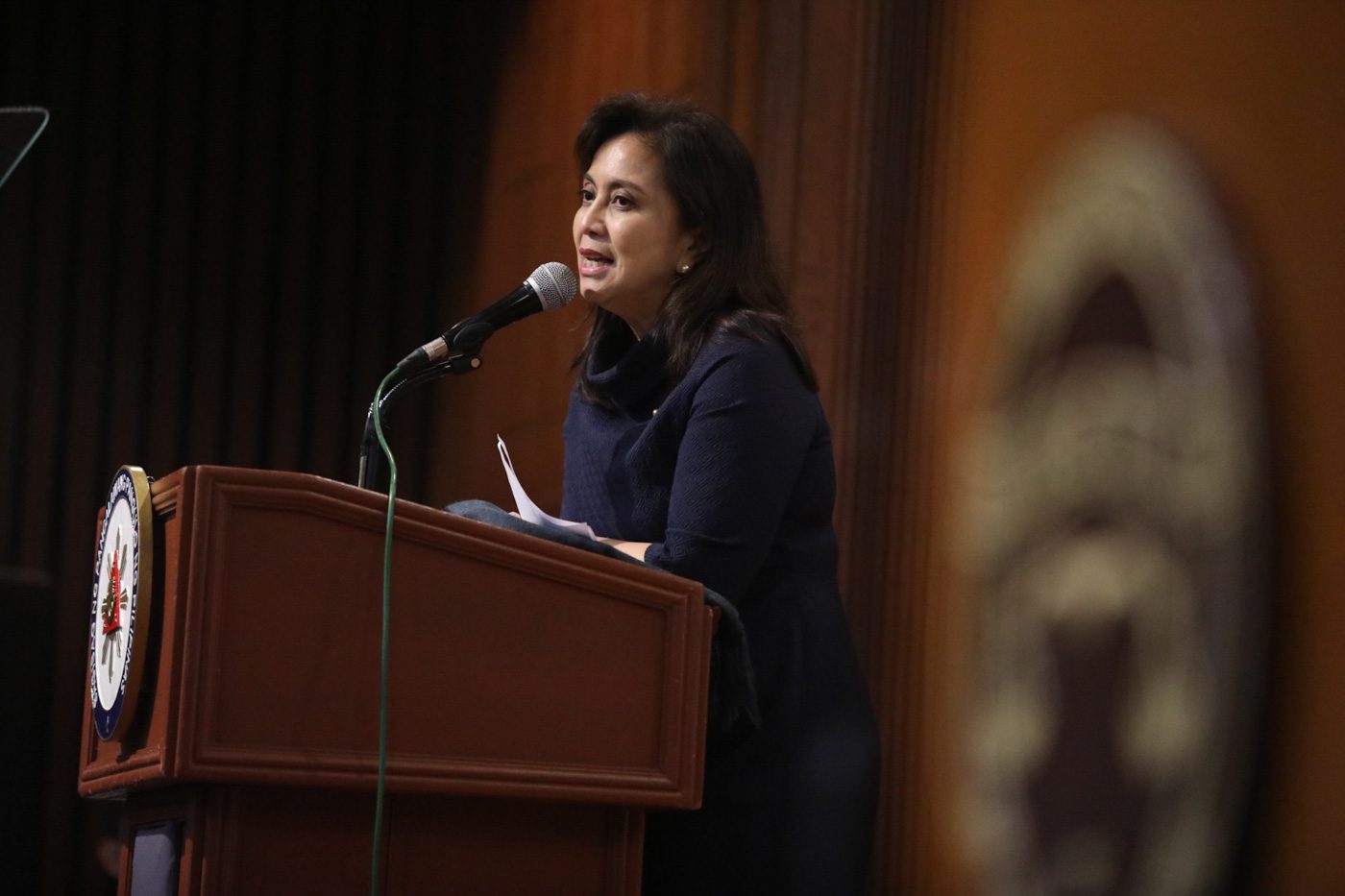 Facebook Twitter Copy URL
Copied
Where should the initiative to oppose the ouster of former chief justice Maria Lourdes Sereno come from instead? Vice President Leni Robredo says it should emanate from 'all of us.'

Robredo said in an interview on ANC’s Independence Series aired on Wednesday night, June 20, that being vocal about issues that erode public faith in institutions would help keep the latter on their toes.

But she said she will not lead the charge for those opposing the High Court’s final vote on Sereno’s ouster.

When asked what should be done to restore public trust in the High Court after Sereno’s ouster, Robredo told veteran journalist Tina Monzon-Palma, “People should always be expressive of their outrage for the bearers of this institution to be always on their toes.”

Asked whether she would lead this fight, Robredo said it should be “everyone’s” initiative, and not necessarily just hers.

The Vice President added that in the Philippines, there’s a tendency to look for a “messiah” who would take the lead, but she believes everybody should pitch in.

Asked how a “movement of little messiahs or a lot of messiahs” would be initiated and would gain momentum, Robredo told Palma, “‘Yung sa akin, manggagaling sa ating lahat (For me, it would come from all of us).”

In May, as the High Court deliberated on the quo warranto petition against Sereno, Robredo said she would “do everything in my power to right this wrong.” When the Court voted to oust Sereno 4 days later, Robredo called for a press conference and said the ruling “brazenly tramples on” the Constitution.

After the SC ruled with finality on Sereno’s ouster on June 19, Robredo urged the public to keep on fighting for “what remains of democracy.”

The Vice President has so far refused to take on the role of opposition leader, despite resigning as housing czar in late 2016 after President Rodrigo Duterte barred her to attend Cabinet meetings. (READ: #AnimatED: Kris vs Mocha: Lessons for the catatonic opposition)

Her advisers had explained Robredo cannot risk completely disengaging from the government yet, as access to the President and Cabinet members can advance her pro-poor agenda. (READ: Why Leni Robredo can’t be full-on opposition)

Others believe it is not yet time for the Vice President to lead the opposition.

Still, Robredo has criticized several of Duterte’s controversial policies and decisions, including the bloody campaign against illegal drugs and the hero’s burial for the late dictator Ferdinand Marcos.

This has earned her the ire of Duterte’s supporters and propagandists, who have been spreading lies against her and her family. Robredo has debunked all these “fake news” in a video series she released online.

The Vice President used to ignore false information being spread against her online until her camp realized in April that this was a wrong strategy. Since then,she has been issuing strongly-worded statements on issues against her, and also on Duterte administration policies she opposed, including the government’s new approach to China in the West Philippine Sea (South China Sea). – Rappler.com