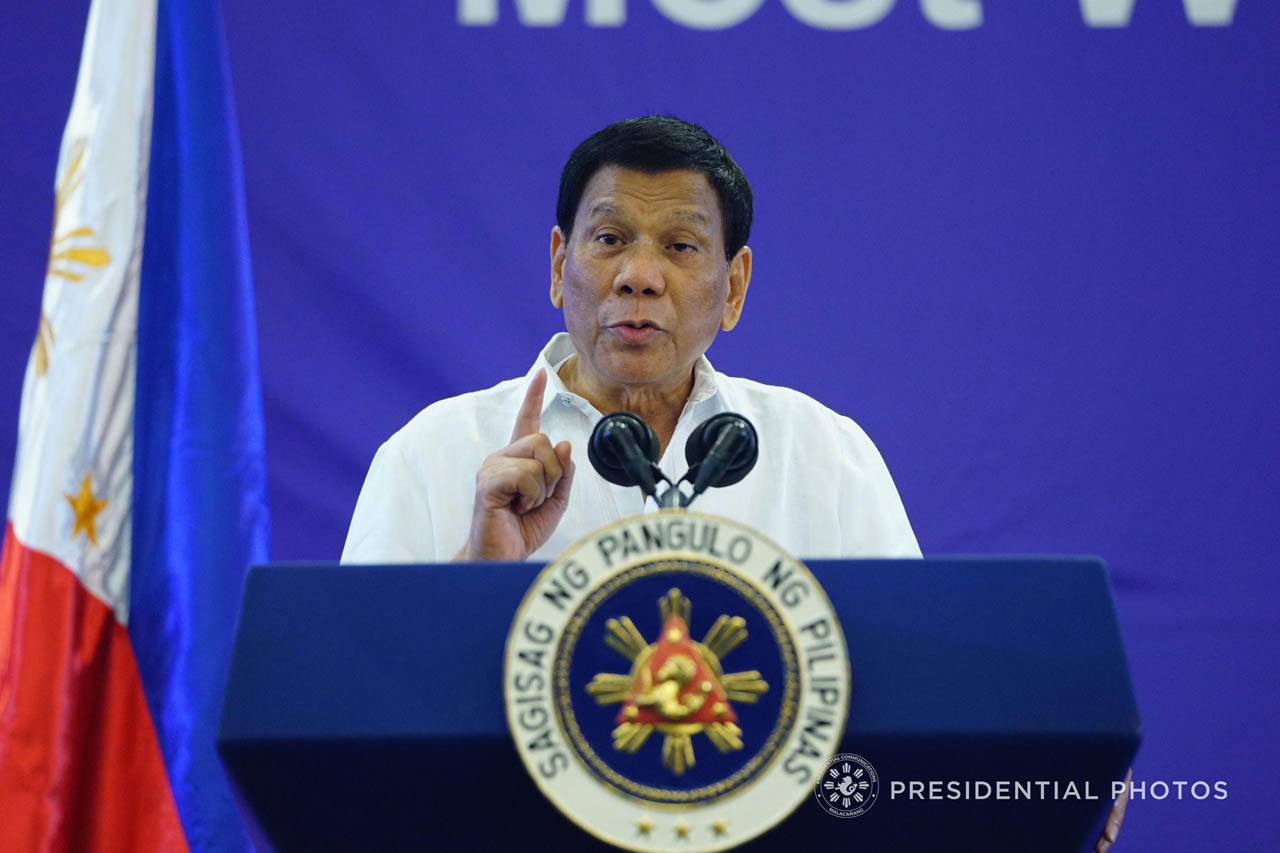 MANILA, Philippines – It’s parents’ responsibility to teach their children the right values if groups say President Rodrigo Duterte’s crude language and misogynistic behavior are a bad example for the youth.

This was how Presidential Spokesperson Harry Roque responded when asked if Malacañang thinks it’s okay for young Filipinos to adopt the President’s conduct. (READ: Duterte’s cursing is affecting the youth – experts)

“Well, hindi naman po natin sinasabi ‘yun, pero nandiyan po ang mga magulang (Well, we aren’t saying that, but the parents are there),” he said on Thursday, June 21, during a Palace press briefing.

(In my view, it’s the parents who must teach the right conduct. Me, when it comes to raising my children, I don’t rely on teachers. I myself provide values formation.)

Roque’s remarks come after leaders of the Alliance of Concerned Teachers (ACT) said it has become a challenge to teach children proper manners in a time when the government’s leaders, including the President, use foul language in public speeches.

Former St Scholastica’s College president Sister Mary John Mananzan had also said that Duterte, as chief executive, should change the way he speaks for the good of the Filipino youth.

Roque, when told about the ACT leaders’ sentiments, belittled the group.

(The ACT is a Left-leaning group and let’s face it, they have a small constituency. I think that’s not the view of a majority of our teachers.)

He then said that most Filipinos already “accept” Duterte’s propensity to use cusswords and hurl insults at his critics.

(The people know who they voted for president and they accept the President for who he is.)

This echoes the spokesman’s previous defense of Duterte’s sexist remarks and his controversial kiss with a married Filipina in South Korea.

Roque had been heavily criticized for saying that the kiss, and the President’s misogynistic remarks, are acceptable in Philippine culture. – Rappler.com