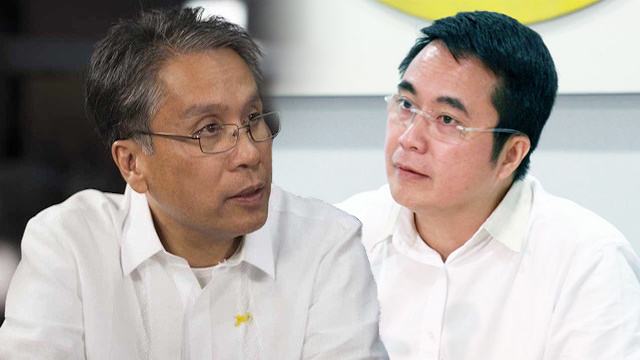 “Abaya deliberately ignored applicable laws, rules and regulations, and standard operating procedures, falling short of or disregarding the required competence expected of him in the performance of his official functions,” Morales said in a consolidated resolution, according to a statement on Monday, June 25.

Abaya and 16 others were indicted, but they can still appeal the indictment before the Office of the Ombudsman.

The contract was worth P4.25 billion, supposedly for the overhauling, replacement of the signaling system, and additional maintenance works for the MRT3.

What’s the issue? Leftist group Bayan and the Department of Transportation (DOTr) filed separate complaints against Abaya and other former transportation officials. These complaints were consolidated by the Office of the Ombudsman.

The DOTr complaint alleges irregularity in the way that BURI, a special purpose company (SPC), was created and able to take over the contract won by Busan Transportation Corporation.

In BURI, Busan’s shares were diluted to only 4.7%, while other companies got majority shares. The DOTr blamed BURI for MRT3 glitches, and terminated its contract.

Bayan said there were anomalies way before the creation of BURI, when the bidding was done in 2014.

What did the Ombudsman say? Morales’ consolidated resolution discussed both complaints.

On BURI, Morales pointed out how Busan only had a certificate of registration for BURI as an SPC, instead of a valid joint venture agreement (JVA).

“The action becomes even more suspect as it was respondent DOTr Assistant Secretary for Procurement [Camille] Alcaraz who wrote the Securities and Exchange Commission to facilitate the registration of Busan JV as an SPC,” the Ombudsman said.

Morales also noted that other entities in the joint venture, such as Tramat and Edison’s, had net worths below the required P1 billion.

On the bidding aspect, Morales said that when Busan bidded for the project, it already declared itself to be in a joint venture, but documents showed only one entity in the joint venture executed a statement.

“Since only one potential partner of the Busan JV submitted the required statement, it should have been disqualified from participating further in the negotiated procurement since it lacked an eligibility requirement,” the Ombudsman said.

“In sum, the Busan JV was not technically, legally and financially capable to undertake the MRT3 long-term maintenance contract.”

Abaya was indicted for shirking on his “responsibility to regulate the acts of the DOTr officials responsible for the procurement of the MRT3 long-term maintenance contract.”

“He cannot simply evade such responsibility by invoking reliance on his subordinates, especially considering that the subject contract is one with a scope and magnitude affecting a big portion of the commuting public in Metro Manila, with an accompanying financial impact on the coffers of the government amounting to more than P4 billion,” Morales said.

Senator Grace Poe, chairperson of the Senate committee on public services which previously investigated the MRT3 mess, said the indictment is “a welcome development.”

The committee, said Poe, had “observed the badges of negligence and inactions of the DOTr officials led by Abaya indicating insensitivity, callous indifference, and acts disadvantageous to the commuters, to the Filipino public, and to the government.” – Rappler.com