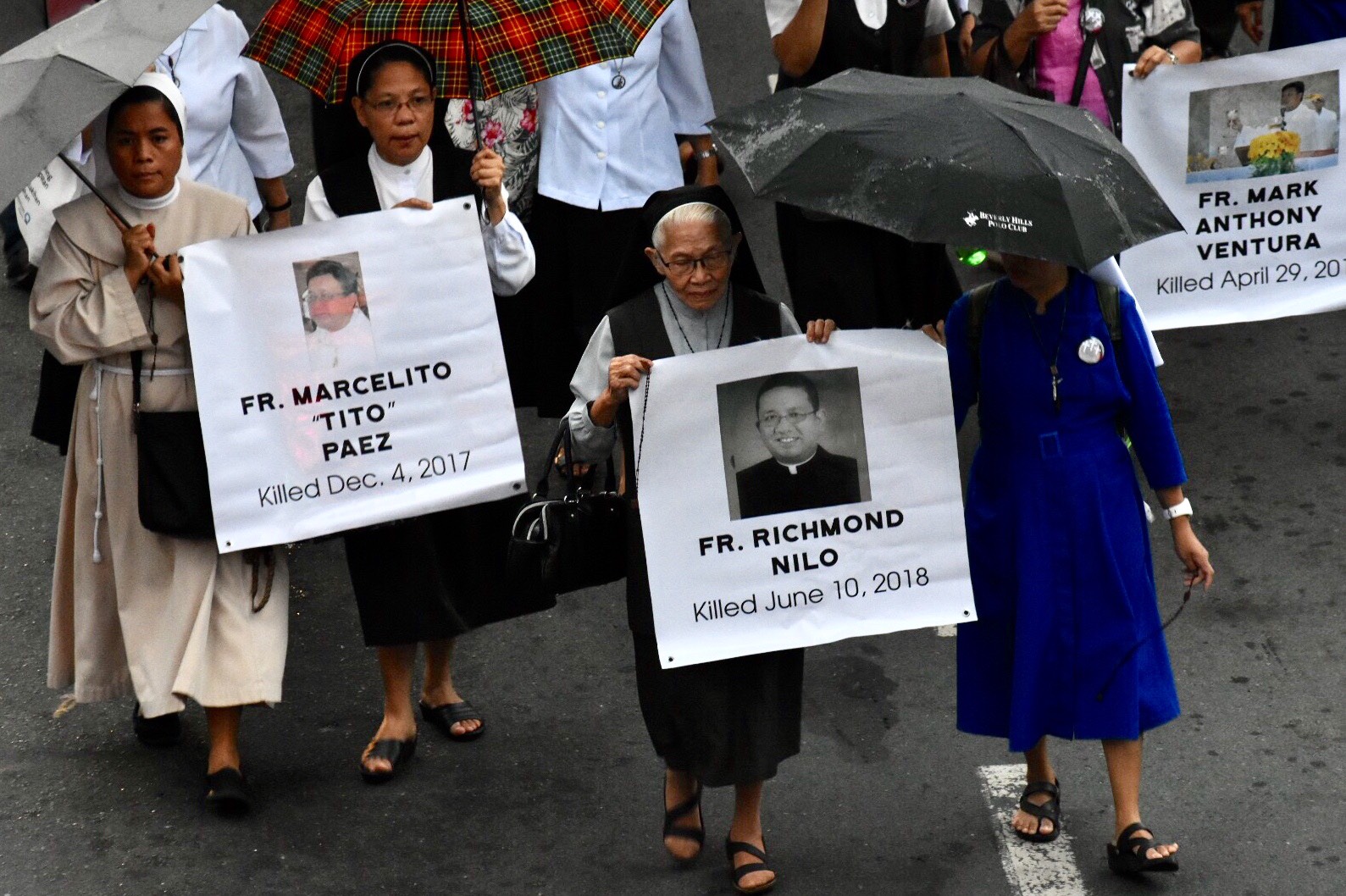 MANILA, Philippines – Davao Archbishop Romulo Valles, president of the Catholic Bishops’ Conference of the Philippines (CBCP), maintained that priests shouldn’t carry guns despite the killings of 3 priests in less than 7 months.

Saying a priest “acts in the person of Christ,” Valles said in a statement released on Monday, June 25, “With this configuration of a priest to Christ, it is simply not appropriate, to say the least, for a priest to carry firearms to protect himself.”

Valles said, “We strongly condemned these killings. But still to me, it does not warrant at all that priests carry firearms.”

He then said the CBCP gives its “trust and confidence” to the Philippine National Police (PNP) and other law enforcers.

“We pray for them and challenge them to do their very best in this very difficult and demanding task of protecting all of us, including priests,” he added.

Valles said that he, as archbishop of Davao, strongly discourages his priests from seeking PNP permission to carry firearms. He urged priests in other dioceses to discuss this matter with their bishops as well. (READ: 246 priests, ministers want to carry firearms outside their homes – PNP)

Caloocan Bishop Pablo Virgilio David earlier said gun-toting priests “might want to consider leaving the priesthood and joining the police or the military instead.”

Sought for comment on the same proposal, Lingayen-Dagupan Archbishop Socrates Villegas asked, “Would Christ do that?” – Rappler.com