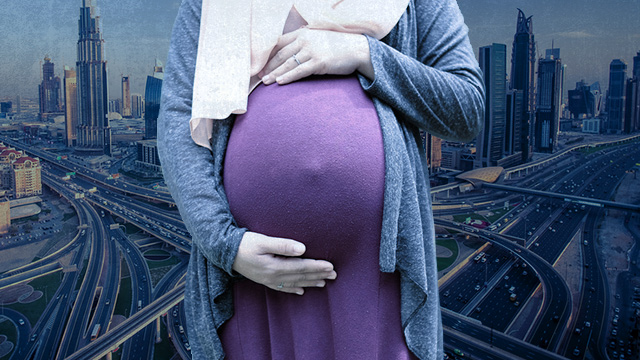 DUBAI, UAE – The Philippine Consulate General here handled a total of 200 “baby cases” in  the first quarter of this year, mostly involving jobless overseas Filipino workers (OFWs) who have resorted to an affair for survival, but whose partners have run away after getting them pregnant, officials told The Filipino Times.

Describing the figure as “alarming,” a ranking Philippine Embassy official said it could as well just be the proverbial tip of the iceberg considering the high likelihood that many more cases have remained unreported.

“I would hazard to say that it is not the whole total because marami pang baby cases diyan… hindi lang nailalapit sa embahada o consulate. Ilalapit lang kapag malaki na yung bata, kailangan ng mag-aral (There are many more baby cases out there not being reported to the embassy or consulate. They will only come to us when the babies have become a few years older and need to go to school),” Pangwi added.

He added that other cases involved those staying in shared accommodations. “Things happen,” he said.

30 unwed OFW mothers in a month

In June last year, Consul General Paul Raymund Cortes disclosed to The Filipino Times that as many as 30 OFW mothers who had gotten pregnant out of wedlock went to the consulate with their children, seeking help.

He said only half the number came back to undergo deportation procedures with Dubai Police and the court. The rest, Cortes said, apparently decided to stay in hiding.

The Philippines’ foreign mission in the United Arab Emirates can only provide counselling and endorse them to authorities so that they can be properly documented and be sent home after serving jail time.

Cortes said the 30 unwed mothers wre aged 30 to 40 years old. “Some were married back home in the Philippines, some have Filipino partners who have already been deported, some have foreign national partners,” the consul general said.

Marco Flores, ATN officer at the Philippine consulate, told The Filipino Times that the unwed mothers were usually documented workers.

(They went to the UAE as documented workers and then they lost their jobs. Some of them were household service workers, but there were also professionals. They encountered problems with their jobs until they eventually ended up having a family here.)

Meantime, he said the figure has gone down from some 200 in the first quarter to around 90 as of press time because they have been able to continuously repatriate the mothers and their children.

Flores said the police would ask for contact details from the mother and exhaust all means to locate the father in instances where he is believed to still be in the UAE. “Hahanapin at hahanapin nila ‘yun at puwede ring makulong (They will leave no stone unturned to find him and he can also be jailed),” said Flores.

He said that aside from fellow Filipinos, men of other nationalities also enter into a relationship with the jobless mothers.

Where did they give birth?

Flores said unwed pregnant mothers usually give birth in the flats or villas, with self-styled midwives facilitating the delivery.

“May on-call (midwife) pa. Dumadayo kung saan-saan. Kaya sometimes (There’s someone on call, coming from all over. So sometimes), when you ask the mothers, you’ll find out that only one ‘midwife’ helped them during their labor,” the ATN officer said.

Others, Flores said, give birth in hospitals claiming they have documents to show afterward. In such cases, the hospital asks for and keeps the passport for tracking later on if the mother doesn’t show up. In others, hospital authorities “endorse” the mother to the police.

Not a dead end

Flores said work continues for the ATN team assigned to the “baby cases.” He explained: “Daily may nagre-report. Normally may isa or dalawa.” (We receive new cases every day. Normally, we get one or two.)

Flores said that the mothers have been coming forward because “they now know there is a repatriation process.”

(They now know that they can go home. Back then, they go into hiding because they didn’t know what to do, thinking they have reached a dead end. That’s why we tell the mothers to tell those whom they know to be going through the same ordeal that we can help them go home.)

He said some others were wary that the government will take their babies. “We tell them that’s not going to happen,” said Flores.

As of press time, Flores said, there were wards being processed for repatriation in coordination with UAE authorities, including the police.

Mothers still undecided about turning themselves in but have reported to the consulate general are usually engaged in part time jobs, the ATN officer said, adding, “we are monitoring them.”

(For now, those who have not surrendered take part time jobs. They stay in homes because we don’t have a shelter for them and their babies.)

Perhaps the extent of the problem about unwed pregnant women can best be gauged by the fact that they have a chat group.

Sometimes, Flores said, someone in the chat group would refer a new ward. “‘Sir, punta kami bukas sa PCG.’ Sasabihin naming: Sige daan kayo ng bandang 2 pm. Wala na masyadong tao noon (They’ll tell us they’d drop by PCG the following day and we advise them to come by at around 2pm when there’re not too many people),”

The ATN handles cases of OFWs locked in a range of issues from allegations of absconding from their employers, overstaying, involvement in unpaid debts and/or drugs, and immorality – those who become pregnant out of wedlock. – Rappler.com

This story was republished with permission from The Filipino Times.