6 cops killed, 9 wounded in ‘misencounter’ with Army in Samar 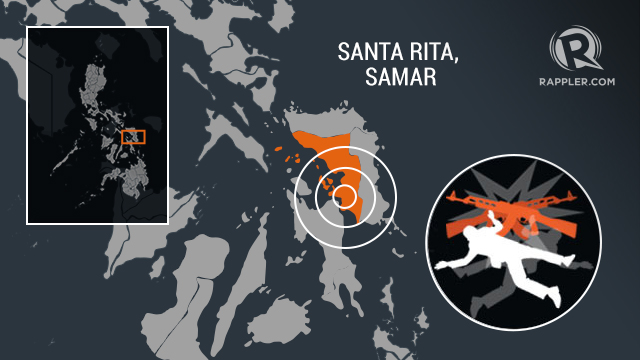 SAMAR, Philippines (4th UPDATE) – Six policemen were killed and 9 others were wounded in what was believed to be a “misencounter” with the Army in Santa Rita*, Samar, on Monday morning, June 25.

Sources from the provincial police, however, claimed that what happened at 9:27 am in Sitio Lunoy, Barangay San Roque*, was an “ambush,” perpetrated by members of the Army’s 87th Infantry Battalion.

The police said they were conducting “minor combat operations” in the area.

Military sources, meanwhile, said the army had a “big operation,” and the police team went into the area without coordination. The team was composed of elements of the Eastern Visayas police deployed to augment the Samar Provincial Police Office.

The initial list from the police showed that 7 cops were killed – 6 identified, and one undentified – and 6 other cops were wounded. Police later updated the figures to say 6 cops were killed and 9 more were hurt in the incident.

On Tuesday afternoon, June 26, the Philippine Nation Police finally confirmed the list of those killed and wounded that was leaked to the local media on Monday.