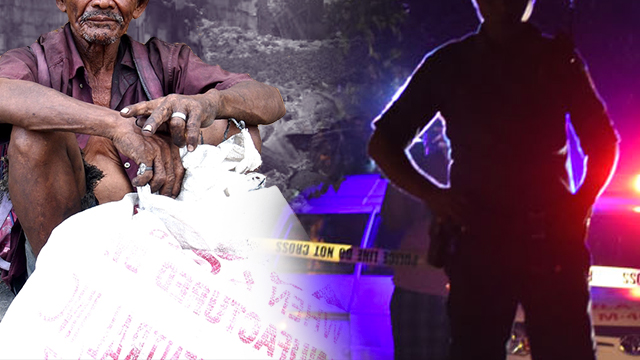 “The PNP is conducting a ‘crime prevention’ campaign that essentially jails low-income Filipinos for being in public,” he said.

He added: “This campaign threatens to retraumatize residents of communities already terrorized by ‘drug war’ executions and is risking the detainees’ health and safety.”

It was less than two weeks ago, on June 14, when Duterte reiterated a previous directive to go after tambays.

More than 3,000 people have been arrested in Metro Manila alone since Duterte repeated his order. They were arrested for allegedly violating local ordinances on public smoking, public drinking, and curfews, among others.

The government’s policy against loitering, however, became controversial after it resulted to the death of 25-year-old Genesis “Tisoy” Agoncillo, who was arrested by police in Quezon City. PNP officials issued different statements regarding his death. (READ: Photos, death certificate show Genesis ‘Tisoy’ Argoncillo beaten to death)

Human rights groups and lawmakers had warned that the campaign could open “a floodgate of abuses.” Kine, meanwhile, said that it exposes the abuses of the police.

“The police are again demonstrating their preference for wielding fear, intimidation, and arbitrary arrest to target vulnerable communities rather than respect for the rule of law,” Kine said.

“The Philippine government should protect the basic rights of all Filipinos rather than let the police demolish them on the pretext of a ‘crime prevention’ campaign,” he added.

The Philippines’ Commission on Human Rights had reiterated that vagrancy is not a crime. It was decriminalized through Republic Act 10158 signed in 2012 by former president Benigno Aquino III.

(This causes stigma and discrimination because it punishes based on social status, mode of life, and reputation and not on one’s action. It’s as if we’re going back to the dark times of Martial Law when people were arbitrarily arrested.) – Rappler.com