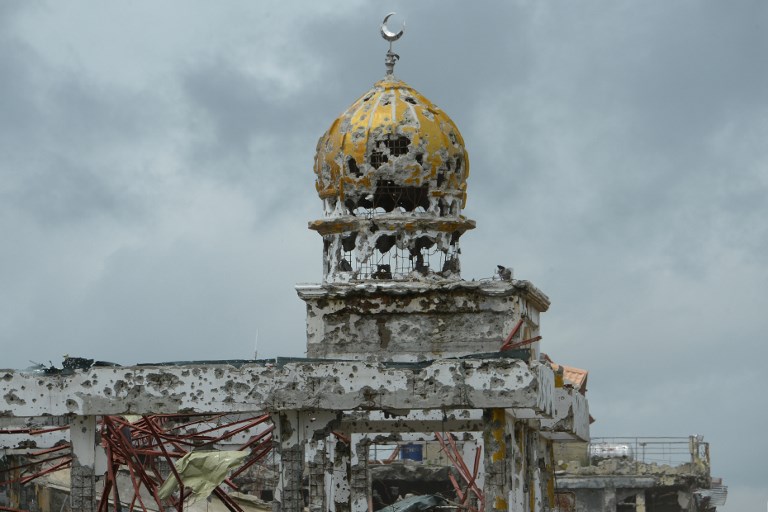 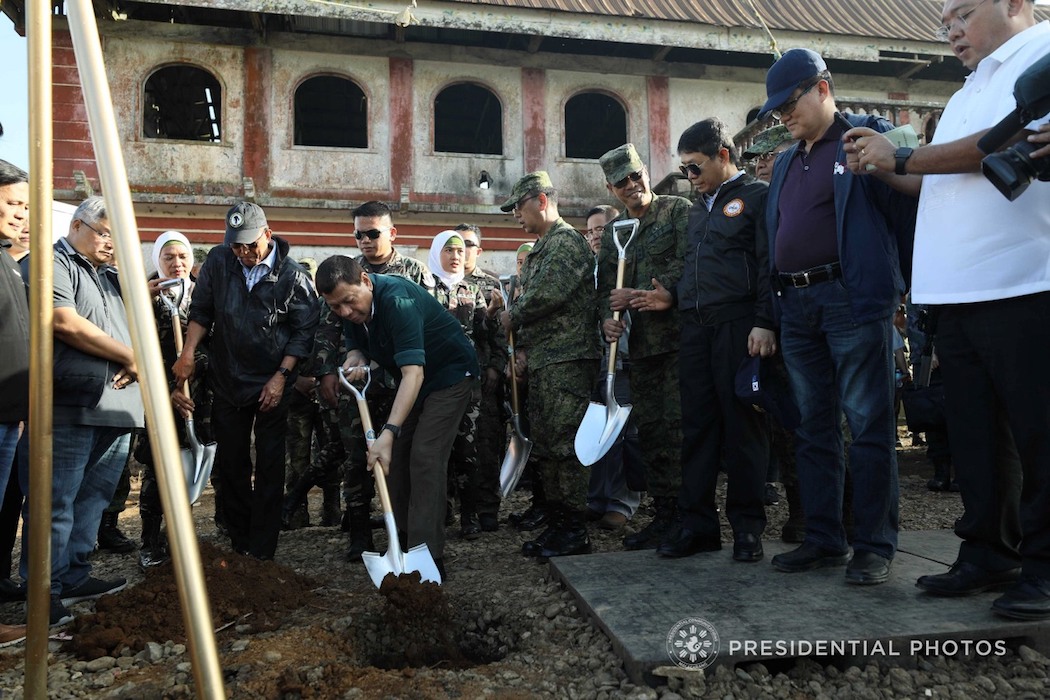 President Rodrigo Duterte led last January the groundbreaking ceremony of the P400-million military facility  which is expected to be completed by 2020.

“Many IDPs are languishing in evacuation centers, but the government’s priority is this military garrison. The money can be used to help people and not this garrison,” Abdullah said in a forum organized by the International Center for Innovation, Transformation and Excellence in Governance (INCITEGov).

“They are forcing residents to relinquish their lands for the military garrison. Then they said that the facility will protect the investors and contractors when they start the rehabilitation. What about civilians?” Abdullah asked.
TFBM has repeatedly said they have consulted the new camp with residents.
Messy Land Ownership
Retired MSU professor Moctar Matuan underscored the Meranao’s complex and tradition-rooted system of land ownership among clans and families.
He said these arrangements are not necessarily backed by titles and formal deeds.
Matuan said “Meranaos actually want to be part of the rehabilitation efforts,” but are instead left out of the planning.
Residents also fear of the “Chinese takeover.”
The government picked Bangon Marawi Consortium (BMC), composed mostly of Chinese companies, to rebuild ground zero. (LOOK: Gov’t illustrations of Marawi rehabilitation plan)

Several policy papers have already warned of new conflicts to arise, should the government fail to acknowledge the cultural context of land ownership.

“As in many post-conflict case, the option of strictly ‘no title, no return’ policy may feed into extremist narratives of Christian dispossession of Muslim land, and therefore is not recommended,” said the report published by The Asia Foundation (TAF).

Retired general and TFBM chief Eduardo del Rosario previously said problematic titles “should be resolved by the community themselves.”

“We will recognize it. As long as there is a peaceful environment, there is acceptance among the community that this Juan dela Cruz is the rightful owner, then so be it. We will be very compassionate, very understanding,” Del Rosario said. (Q and A: Marawi rehab chief seeks to ease fears of land grabbing)

Meanwhile, Samira Gutoc Tomawis, focal person of the Ranao Rescue Team (RRT), emphasized the need to continue making the military accountable for several human rights violations during and after the siege.

Tomawis said there were several suspected Maute group members that were tortured by the military. The men were later found to be innocent.

(We saw a hungry boy walking alone. He was asked, “are you a member of the Maute group?” They threw hot water at him and hit his head with a gun.)

She also reiterated the need for government to reinvestigate incidents of looting by troops. (READ: Gov’t to ‘apply full force of law’ on soldiers guilty of looting in Marawi)
Abdullah said pouring money for rehabilitation is not enough. He said there needs to be a holistic approach to build Marawi again.
“They are monetizing our dignity. They said not to worry because there’s billions of pesos. Ang rehabilitation ay hindi pera pera lang (rehabilitation is not just about the money,” Abdullah said. – Rappler.com