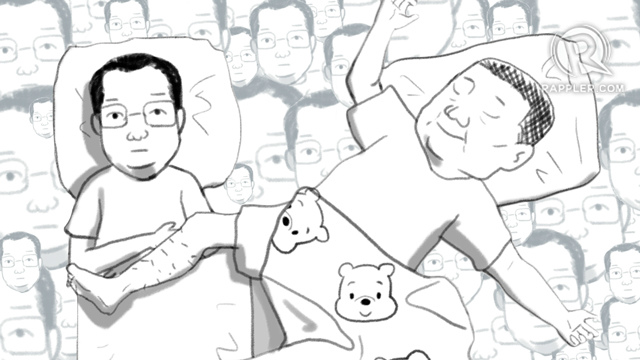 MANILA, Philippines – Prepare your imagination… and hold your horses.

So, more than a century ago, the Philippines was born. Our parents were the Americans. When we came of age, we were ready for college. We had the right to choose our friends – even against the will of our parents.

We made friends with our roommates – the Chinese. We liked each other a lot, we got married to China.

Of course it’s not a perfect relationship. But there’s no need to shout at each other in public. How should husband and wife deal with conflict? As they say in Tagalog, “Makuha ka sa tingin (Get the hint).”

Stitched together, being college roommates, spouses, and basketball opponents were among the metaphors used by Foreign Secretary Alan Peter Cayetano to describe our ties with our powerful neighbor.

But what a husband-wife relationship this is.

The year at a glance

In President Rodrigo Duterte’s second year as Philippine leader, the Philippines and China agreed to pursue joint exploration in the West Philippine Sea (South China Sea) “in a prudent and steady way.”

In fact, China asserted it is allowing Filipinos to fish in Panatag Shoal (Scarborough Shoal) “out of goodwill.”

Meanwhile, members of the China Coast Guard take the catch of Filipino fishermen, in what Duterte and his men have excused as “barter.”

That’s two small bottles of mineral water for P3,000 worth of fish, according to a fisherman in Zambales.

The dutiful spouse would not even wield its legal victory against China during Duterte’s second year in office.

What do we have for now?

As Cayetano said in another metaphor, this time inspired by basketball: “Puso (Heart).”

(The Philippine basketball team Gilas, which has a battle cry of “Puso,” lost to China in October 2015.)

Now, time to hear it in Cayetano’s own words.

1. Cayetano on diplomatic negotiations
(From Cayetano’s speech at the Department of Foreign Affairs flag-raising ceremony on May 28) 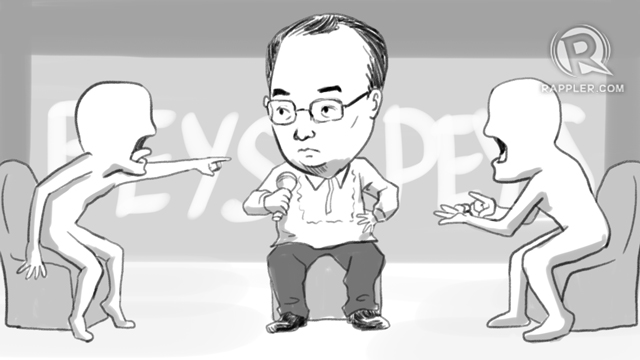 (In a family, can it be the case that all of you will negotiate? Take, for example, if you have a squabble with your neighbor. If your neighbor’s family has 13 members, including grandchildren, nephews, and nieces, while your family has 15, including grandparents, nephews, and nieces, too, then you confront each other, will you reach a resolution? No. So somehow, someone wiser has to step in and say, “Wait a minute. Mommy will handle this.” Then, on the other side, “Grandpa will handle this because he’s the diplomat in our family.” And before you go, you will have a meeting: “Grandpa, don’t agree to this condition.” On the other side, “Mommy, they fooled us the other time. You already negotiated. Now we should have certainty.”)

When you send the two diplomats, you have faith in them but you trust them. If you don’t trust them, don’t send them. But if you do send them, trust them.

“Because ano mangyayari when you send them, you get back and ayaw ‘nyo, balik kayo sa gulo. Then the next diplomat you send, hindi rin magkakaroon ng tiwala.”

(Because what will happen when you send them, you get back and say you don’t want it? Then you return to conflict. Then the next diplomat you send will not gain their trust as well.)

2. Cayetano on refusing to publicize diplomatic protests vs China
(From Cayetano’s speech at the Department of Foreign Affairs flag-raising ceremony on May 28) 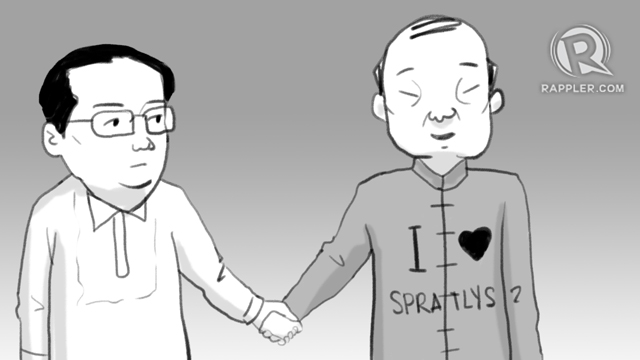 “Gusto nila, bumalik tayo sa panahon na every single time, nag-aaway tayo ng China. So sabi nila silence is acquiescence. First of all, we’re not silent. Just because we’re not shouting at each other and press con every day, that doesn’t mean we’re silent.”

(They want us to return to the period when every single time, we were fighting with China. So they said silence is acquiescence. First of all, we’re not silent. Just because we’re not shouting at each other and holding press conferences every day, that doesn’t mean we’re silent.)

“Half of you here or less are married. ‘Pag tiningnan ka nang masama ng asawa mo at hindi niya gusto ‘yung ginawa mo, is that silence? Is that acquiescence? When I wear something that my wife thinks is too young or too bibo, isang tingin pa lang niya sa ‘kin, she does not have to announce a diplomatic protest sa media, she does not have to call me out in front of all my friends and family. Sa tingin pa lang niya. Pero silence lang ‘yun, sa bibig. Pero sa action, hindi silence ‘yun kasi alam ko na ang gusto niyang sabihin, so palit ako ng damit or the way I talk or whatever.”

(Half of you here or less are married. If your spouse gives you a dagger look and doesn’t like what you did, is that silence? Is that acquiescence? When I wear something that my wife thinks is too young or too cool, she just needs to give me one look, she does not have to announce a diplomatic protest to the media, she does not have to call me out in front of all my friends and family. Only with one look. But that is silence only with the mouth. But in her actions, that is not silence because I know what exactly she wants to say, so I will have to change my clothes or the way I talk or whatever.)

3. Cayetano on the Philippines’ ties with the United States and China
(From Cayetano’s interview with Russia’s state-run RT, uploaded on May 19) 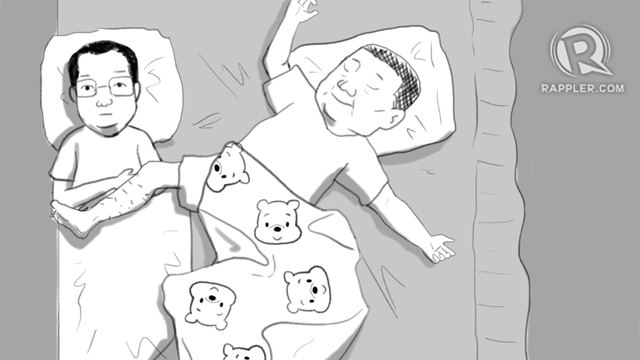 “As I said in a think tank in the US, the Americans are our parents, but we’re saying we’re off to college, and allow us to pick our own friends. The Chinese are our roommates. They are our close neighbors. So regardless of what we do with each other, and how we treat each other, it’s going to affect our economy, our people, our security. So the complexity comes in not in the bilateral relationship, but in the overall regional and world rivalries, and in the world order.” 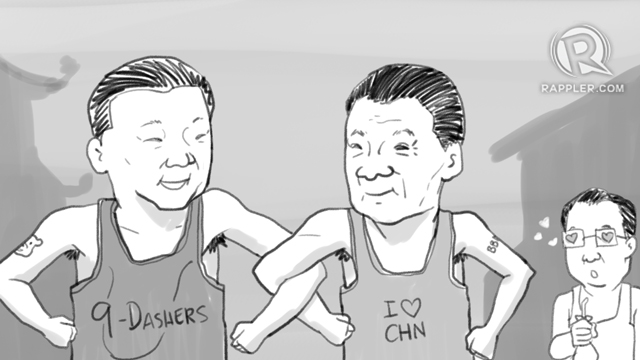 “They are two different people, but two people who deeply believe in their countries and deeply believe that they can at this juncture in history choose to be either useless or to be a game changer. And they are two people who want to find a solution to a common problem and who don’t want to fight each other. In the streets of Philippines we call the big guy a siga (tough guy). That big guy has some mutual respect for the big guy in the next street and somehow they get along.”

5. Cayetano on the Philippines’ advantage over China
(From one of Cayetano’s remarks during a House of Representatives hearing on May 30) 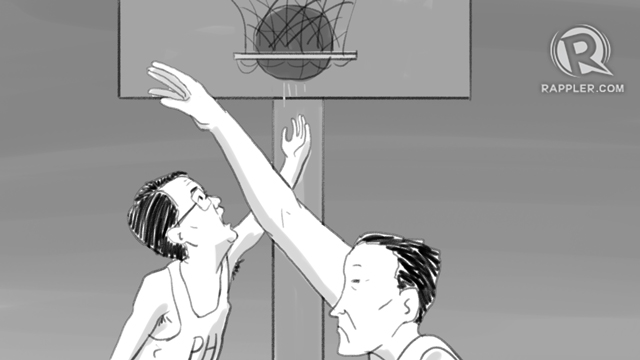