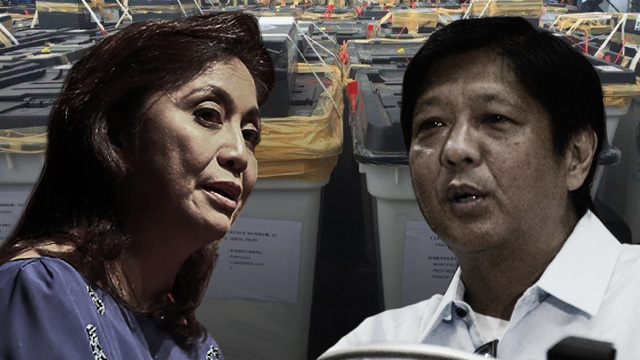 The SC en banc voted unanimously in its session on Tuesday, June 26, to fine both parties and their counsels P50,000 each, the High Court said in a statement. The same information was earlier disclosed by 3 sources to Rappler.

Both camps were earlier issued with a show cause order why they should not be cited for contempt of court. The SC then also issued a strong warning to both parties to observe sub judice and refrain from disclosing “sensitive information” to media.

The parties continued to issue statements on internal matters in the ongoing initial recount being conducted by the PET.

The last issue that the camps bickered over was the use of a plastic magnifying glass by a revisor from the Marcos camp. Each revision committee is headed by an independent revisor hired by the PET, and one revisor each from both camps.

The Robredo camp hit the revisor for bringing an item not allowed by procedures. Under PET rules, only papers can be brought into the revision area.

Marcos retorted, saying the magnifying glass was intended to allow the revisor to see better, and slammed the Robredo camp for “disrupting” the procedures.

On Wednesday, June 27, Robredo’s lawyer, Romulo Macalintal, said “the lies propagated by the Marcos camp called on us to defend ourselves.”

He added: “Sometimes, we have no choice but to speak out in order for the public to be enlightened amid the relentless black propaganda, which aims to discredit the recount being spearheaded by the PET.”

Marcos’ spokesman, lawyer Vic Rodriguez, said in a statement also on Wednesday: “From the filing of the protest and all throughout its processes, we have been respectful of the Tribunal. We respect the decision of the Tribunal and will be more mindful of the sub judice rule in the future. We will continuously abide by the Tribunal’s rulings as we continue our quest for justice in our on-going election protest.” – Rappler.com