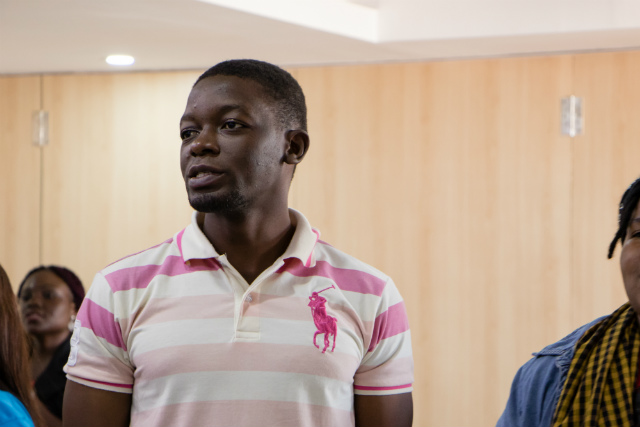 MANILA, Philippines – The Council of Bishops of the United Methodist Church called on the Philippine government on Tuesday evening, June 26, to release 3 foreign missionaries “being held by the Republic of the Philippines.”

One of them has been “incarcerated for more than 6 weeks,” as the church calls for the missionary’s “immediate release from the Bicutan Detention Center in the Philippines.”

The United Methodists identified these missionaries as the following:

The religious group said these 3 foreign missionaries “have experienced repeated difficulties getting the legal documents and clearance they need to leave the Republic of the Philippines.”

Chandiwana “was taken into custody” on May 9 “while attending a training seminar at the Mindanao Peacebuilding Institute in Davao City,” the United Methodists said.

Chandiwana was held less than a month after Sister Patricia Fox, an Australian missionary in the Philippines for the past 27 years, was detained by the Bureau of Immigration on April 16 for supposedly joining political activities.

The BI on April 23 ordered Fox to leave, only for the Department of Justice to allow her to stay in the Philippines for now.

In the case of Chandiwana, “he was charged with overstaying his visa, though he had initiated the process of having a missionary visa changed to a tourist status since he was nearing the end of his 20-month missionary term,” said the United Methodists.

“The charge was expanded when he was found to be on a ‘watchlist’ of suspected subversives. He denies any wrongdoing and faults a delay in filing visa paperwork,” the group said.

Meanwhile, Osman’s passport “was confiscated while she attempted to renew her missionary visa, making it impossible for her to leave the country voluntarily.” She “has requested a return of her passport, which is the property of the Republic of Malawi.”

In the case of Shaw, he “has been informed that an order to leave is imminent but it has not been served.”

Rappler sought the BI for an update on these missionaries’ cases, and the BI’s spokesperson said she will check on these.

“We vigorously protest this treatment of our mission personnel, placed and supervised in collaboration with the United Methodist Church in the Philippines,” said Thomas Kemper, general secretary (chief executive) of United Methodist Global Ministries.

The United Methodist Global Ministries is the worldwide mission agency of their denomination.

“It is unconscionable that Tawanda has been held for 6 weeks,” Kemper said. “We are respectfully asking that these young people be allowed to leave.” – Rappler.com