What Duterte, economic managers said about the poor 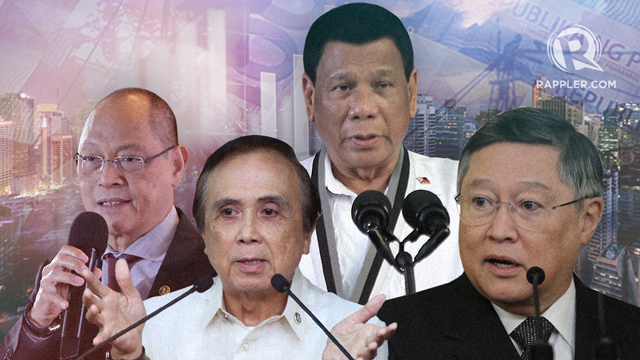 MANILA, Philippines – President Rodrigo Duterte, together with his economic team, is tasked with uplifting the lives of the poor.

However, the President and his men have been heard on a number of occasions downplaying the poor’s needs. Duterte even went on to directly link the poor to various social problems and crimes. 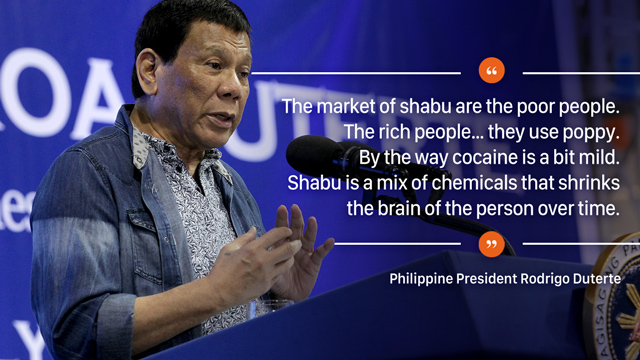 Duterte said the poor were “subsidizing” the illegal drugs industry because they are the target market.

”The market of shabu are the poor people. The rich people, they use poppy. By the way, cocaine is a bit mild. Shabu is a mix of chemicals that shrinks the brain of the person over time,” he added.

Duterte even went on to conclude that rehabilitation is useless because “when the brain has shrunk, it stays shrunk.”

He also said that to solve the country’s drug problems, the government has to “start with the tentacles, then the organs and the body itself.”

“Mahirap ka, you’re poor. Well, I’m sorry. When I took my oath of office, I said I will enforce equally,” Duterte said. 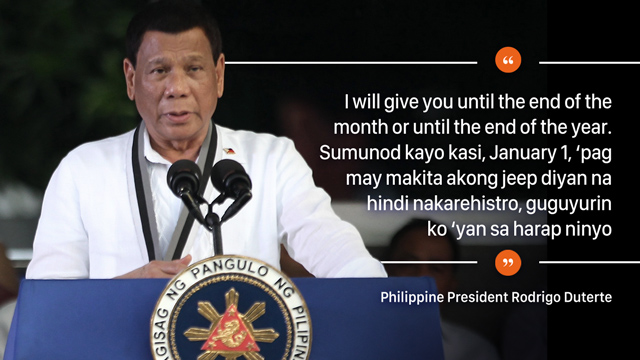 Various transport groups and jeepney drivers opposed the government’s move to modernize jeepneys. Groups said e-jeepneys are too expensive and low-interest loans from banks will still not be enough.

(You follow because by January 1, if I still see an unregistered jeep, I will have it dragged away before you),” he threatened.

Duterte threatened to order the elite Special Action Force (SAF) of the police against Kadamay members if they continued their bid to take over government housing units.

“I will give you until noon tomorrow. Umalis kayo (You get out) and I will order the SAF to go in,” said an incensed Duterte on Thursday, June 14, during the oath-taking of Calabarzon barangay captains.

“I gave a warning. I told the police, take it back. If you want a fight, I told the police to give you a fight. If needed, you kill to implement what is legal…. I don’t care,” he said in Filipino.

“Pagka lumaban kayo at namatay kayo, problema ninyo ‘yan. Wala ako (If you fight and you die, that’s not my problem),” added Duterte. 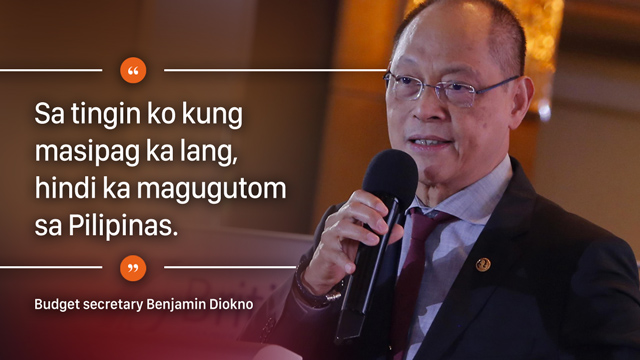 (You know, I think if you’re hardworking, you won’t go hungry in the Philippines. If you’ll just be hardworking.)

Diokno made the comment after he was asked whether the government can absorb Overseas Filipino workers (OFWs) who will come home because of the diplomatic row between the Philippines and Kuwait. 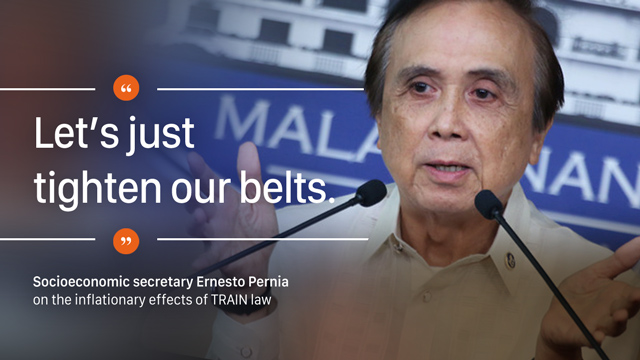 Economic managers stood firm that the inflationary effects of the first package of the Tax Reform for Acceleration and Inclusion (TRAIN) law are within the manageable range despite various groups denouncing the measure. (READ: Despite higher inflation, economic managers reject TRAIN law)

“Since it’s already there, let’s live with it. It’s a short-term pain for a long-term gain,” he added.

He also said that people will get used to the elevated prices.

Dioko even asserted that Filipinos should not complain too much about the rising prices of oil.

“Remember, we had $135 per barrel under GMA (Gloria Macapagal Arroyo), so I think we should be less of a crybaby,” Diokno said on May 30.

The budget chief said the poorest Filipinos who “do not pay taxes” actually benefit more from the tax reform: “Look at the poorest 10%. You think they pay taxes? And how much do they get from the government? Free education, free healthcare, CCT (Conditional Cash Transfers), etc.”

He added: “A big part of the population do not pay taxes. Hindi naman kayo nag-benefit sa tax cut (you did not benefit from the tax cut) because you are not paying taxes in the first place,” Diokno said. 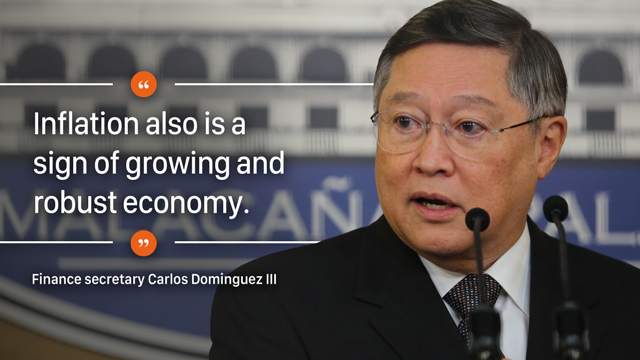 In an interview with Bloomberg TV, Dominguez said “inflation is also a sign of [a] growing and robust economy.”

The average headline inflation as of May clocked in at 4.1%, slightly higher than the government target of 2% to 4%. – Rappler.com