The SC has taken on the petition filed by the Philippine Coalition for the ICC (PCICC) questioning the withdrawal, and included the group in the oral arguments which have been rescheduled to August 7.

In a notice received by the parties on Wednesday, June 27, the Supreme Court required the government to answer the petition filed by the PCICC.

Duterte withdrew the Philippines’ membership in the ICC in March as a reaction to the preliminary examinations being conducted against him by the ICC Prosecutor in relation to his bloody war on drugs. 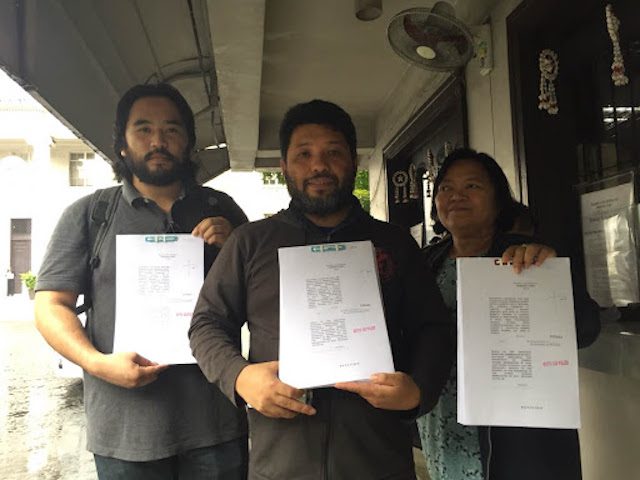 The minority senators want the SC to clarify whether a withdrawal from a treaty needs the concurrence of the Senate – which the government did not secure.

The PCICC’s petition ventures into other arguments that essentially asks the SC not to recognize Duterte’s grounds for withdrawing from the ICC, such as the preliminary examinations of the ICC prosecutor.

The PCICC said the preliminary examination adheres to Republic Act 9851 or the Philippine Act on Crimes Against International Humanitarian Law, Genocide, and Other Crimes Against Humanity.

Meanwhile, in a motion filed with the SC on June 25, De Lima asked the High Court to allow her to participate in the August 7 oral arguments.

De Lima cited an earlier SC ruling which allows a litigant “to personally do everything in the progress of the action from commencement to the termination of the litigation.”

This is a curious move on the part of the De Lima camp because to ask for a furlough, she has to usually request it at the Muntinlupa Regional Trial Court (RTC) that exercises primary jurisdiction over her.

De Lima’s camp said they will wait for an SC ruling first before filing a motion at the Muntinlupa RTC. – Rappler.com