WATCH: USS Ronald Reagan docks in the Philippines for the first time 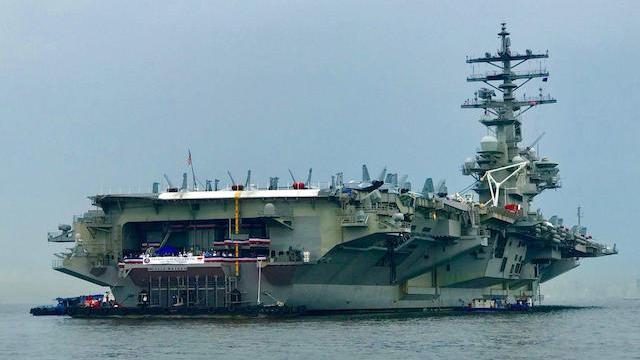 MANILA, Philippines – Supercarrier USS Ronald Reagan docked for the first time in the waters of the Philippines, a longtime ally of the United States.

Its commanders opened the hatches of the fortress-like vessel for reporters on Tuesday, June 26, giving a rundown of its recent unimpeded voyage in the disputed South China Sea.

They also announced the “primary purpose” for their visit: for American sailors to get some rest in a tropical country.

The USS Ronald Reagan is powered by 5,000 officers and crew, and carries over 70 fighter jets for patrol and conflict. It’s virtually a mobile island made of steel and asphalt. (READ: U.S. flexes muscle in the Philippines amid concerns vs China)

Rappler’s Rambo Talabong was one of the journalists allowed inside the vessel. Watch his report above. – Rappler.com