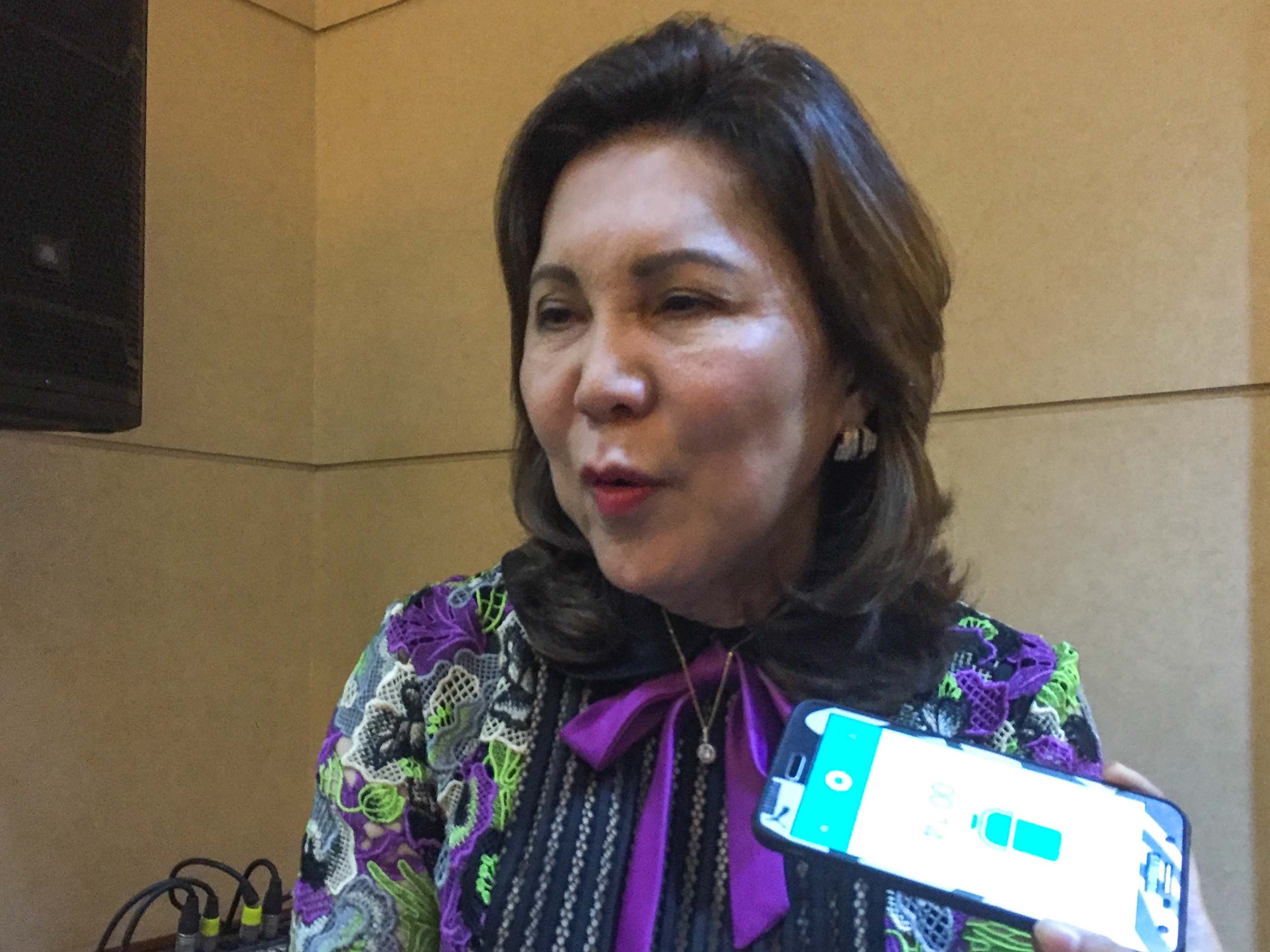 MANILA, Philippines – Resigned tourism secretary Wanda Teo spent P4.143 million to buy merchandise at Duty Free, pay for a consultant for Duty Free, and ship Duty Free goods all using the profit share of the Department of Tourism (DOT), according to the Commission on Audit (COA).

As an attached agency of the DOT, the Duty Free Philippines Corporation (DFPC) is required to remit some of its profits to the department to help fund tourism programs and projects.

Instead, Teo used a total of P4.143 million for merchandise and a consultant.

According to COA’s audit report on Duty Free for 2017, Teo used P2.5 million of the DOT’s profit share to buy merchandise.

These were all released to Teo, state auditors said.

Of the P2.5 million, there were merchandise worth P346,000 which were not even recorded in the Duty Free book of accounts.

“The assorted items were authorized to be withdrawn from the DFPC stores thru various memoranda of the DOT Secretary and the Undersecretary for Administration and Special Concerns, requesting the issuance of gate pass slips (GPS) for the release of various merchandise from the DFPC stores,” said COA.

Duty Free Chief Operating Officer Vicente Pelagio Angala also hired a consultant for P1.6 million “to provide assistance in the assessment and promotion and/or related projects to the [DOT] and Duty Free.”

Instead of charging this consultancy fee to the Duty Free budget, the consultant was paid using the DOT’s profit share.

An amount of P22,893 was also deducted from the DOT’s profit share to pay the cost of shipment of goods “for various DOT donations.”

The total amount for the questionable expenses is P4.143 million.

“Duty Free’s authority to make deductions from the share of DOT from its net revenues is confined to the recoupment of over-remittances as specifically provided under Section 106 of the Implementing Rules and Regulations of RA No. 9593,” COA said.

“Likewise, it must be informed that funds of DOT representing its share of the Duty Free profits recorded under a trust liability account pursuant to RA No. 9593 are still subject to/not exempt from the budgeting process to be approved by the legislative body upon recommendation of the Department of Budget and Management (DBM).”

State auditors recommended that Duty Free bill the DOT for the expenses and “stop the practice of directly charging from DOT’s share in Duty Free’s net profits.”

Teo resigned after a COA audit revealed that the DOT paid at least P60 million for advertisements on her brother Ben Tulfo’s show, which is aired on state-run People’s Television Network (PTV).

Teo’s lawyer promised her brother would return the P60 million, but that has not happened yet, according to new Tourism Secretary Bernadette Romulo Puyat. (READ: Another DOT project that Tulfo’s Bitag bagged: ‘I Travel Pinas’ show)

Puyat took over a DOT hounded by corruption allegations. Actor Cesar Montano, who headed the Tourism Promotions Board, also resigned over an P80-million sponsorship deal for a food tourism project. – Rappler.com