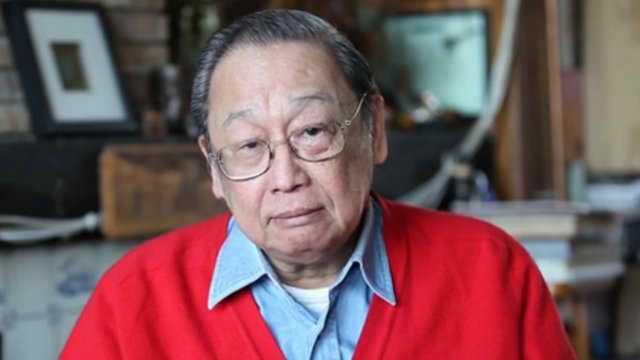 In a statement, Sison listed his complaints and concerns about the peace talks, highlighting the alleged failure of the Duterte administration to agree to their long-standing demands. (READ: The end of the affair? Duterte’s romance with the Reds)

“Based on the implications drawn from the current impasse, the NDFP can no longer negotiate with a GRP that is headed by Duterte. So long as he heads the GRP, the Filipino people, especially the oppressed and exploited, cannot expect any benefit from negotiating with the Duterte regime,” Sison said.

The NDFP is the National Democratic Front of the Philippines, which is the political arm of the CPP. The Filipino communists are behind Asia’s longest-running insurgency.

“It is relatively easier and more productive for the NDFP to participate in the Oust-Duterte movement and to prepare for peace negotiations with the prospective administration that replaces the Duterte regime,” Sison added.

The President belittled Sison’s threat, saying the rebels no longer have the capacity to harm the government. (READ: Joma Sison ruling out talks with gov’t? ‘That’s fine,’ says Duterte)

Sison’s announcement comes just two weeks after the Duterte government announced that the peace talks would push through. It was supposed to resume on Thursday.

The military, however, asked for at least 3 more months before the resumption of the talks, and the President agreed.

Sison said agreements had been signed by both sides – government chief negotiator Silvestre Bello III and and his NDF counterpart Fidel Agcaoili – and supposedly witnessed by the Norwegian ambassador acting as third-party facilitator.

The military said it was not aware of these agreements, particularly a supposed stand-down order from both sides. (READ: CPP says it was ready to issue stand-down order)

“They (Armed Forces of the Philippines) requested this postponement so that AFP can look into the ramifications of the stand-down and the succeeding ceasefire in its security operations,” Defense Secretary Delfin Lorenzana earlier said.

This upset the rebels, prompting the CPP to issue yet another order to its fighters to consolidate and prepare for more battles.

The on-again, off-again peace process between the Philippine government and the NDF has dragged on for more than 3 decades, since the late former president Corazon Aquino began negotiations with them after the ouster of the Marcos dictatorship.

The talks got another boost when Duterte became president in June 2016, and especially after he released from prison at least 20 communist leaders. He vowed to reach a peace deal with the guerrillas by the 2nd year of his term. (READ: Duterte’s romance with the Reds)

Duterte appointed CPP nominees to his Cabinet, such as in the Department of Social Welfare and Development, Department of Agrarian Reform, and the National Anti-Poverty Commission.

“Since May 2017, he [Duterte] has terminated the peace negotiations with the NDFP 3 times and fouled up every attempt to resume these through back channel talks,” Sison said.

These, Sison added, “would have been enough basis for the NDFP to conclude that he is not at all interested in peace negotiations.” Instead, “the NDFP persevered and worked out a number of agreements with GRP representatives in back channel talks from March to June 2018. The most important of these would have constituted the Interim Peace Agreement at the resumption of formal talks in Oslo from June 28 to 30.”

The military has accused the CPP of exploiting the talks to strengthen its ranks.

Sison said Duterte canceled the talks’ resumption because the military and the police wanted to “finish off” the guerrillas by the end of 2018 and the government wanted to move the venue of the negotiations to Manila “so that these can come under the control, surveillance duress and manipulation by Duterte and the military.”

Despite Duterte’s popularity, Sison said his government “is already isolated and hated by the people because of its brutality, corruption.”

“It is well and good if Duterte withdraws finally from the peace negotiations with the NDFP. Thus, he deprives himself of the opportunity of creating false illusions that he is for peace.” – Rappler.com