Jun 30, 2018 7:00 PM PHT
Rambo Talabong
Facebook Twitter Copy URL
Copied
Did the PNP promise less blood? Yes, and the numbers show it. The question now: Could it be bloodless?

MANILA, Philippines – As he began his second year as President of the Philippines last year, Rodrigo Duterte made a promise: his drug war will be unrelenting.

“The fight will not stop until those who deal with it [drugs] understand that they have to stop because the alternative is either jail or hell,” Duterte said, addressing millions of Filipinos in his 2017 State of the Nation Address.

Led by the Philippine National Police (PNP), the government continued to collar thousands of drug suspects, and kill hundreds in the name of protecting policemen against suspects who fight back (“nanlaban”) during operations.

But the death of 17-year-old Kian delos Santos in August 2017 sparked so much public outrage, that it prompted the Duterte administration to review the police’s involvement in the drug campaign.

In October, Duterte removed the PNP from the campaign and assigned the Philippine Drug Enforcement Agency (PDEA) as the “sole agency” to run after drug users and dealers.

It would not last.

Two months later, in December 2017, Duterte brought back the PNP to the campaign, but with the reminder that the PDEA should still take the lead.

So far, the new rules appear to be working.

Based on data recorded by the government’s counting initiative, RealNumbersPH, while the PNP and PDEA launched more operations, the number of deaths has since gone down.

Since the anti-drug campaign was launched as Oplan Double Barrel, up until January 17, 2018, or two days before new rules were introduced, the government recorded 3,987 deaths from 81,919 operations – an average of 5 killings for every 100 operations (4.86%).

From January 19, 2018, when new rules were introduced up until the counting initiative’s most recent release on May 15, 2018, the government reported 292 killed drug suspects in 17,566 operations. This gives a lower average of one death for every 100 operations (1.66%).

The rate of arrests, meanwhile, slightly slid from 151 arrested for every 100 operations to 136 for every 100. (READ: At least 33 killed daily in the Philippines since Duterte assumed office)

After the PNP’s new rules came supplemental guidelines. The leadership emphasized the police’s mandate to adhere to the “rule of law and respect for human rights.”

“Rule of law shall always prevail during the conduct of anti-illegal drugs operations and respect for human rights shall always be strictly observed,” according to the order issued to all personnel.

The new rules also called on local anti-drug units in the country to reconfigure their teams to allow only vetted cops to join them. Without giving any criteria for vetting, Camp Crame demanded “stringent screening and thorough background investigation.”

Taking a hint from the case of Delos Santos, whose case exploded with CCTV footage showing irregularities in the police operation that killed him, the new guidelines “encouraged” all cops to wear body cameras in operations.

So far, the PNP has not procured body cameras, so those without one yet make do by using handheld video cameras, and sometimes even their own smartphones. 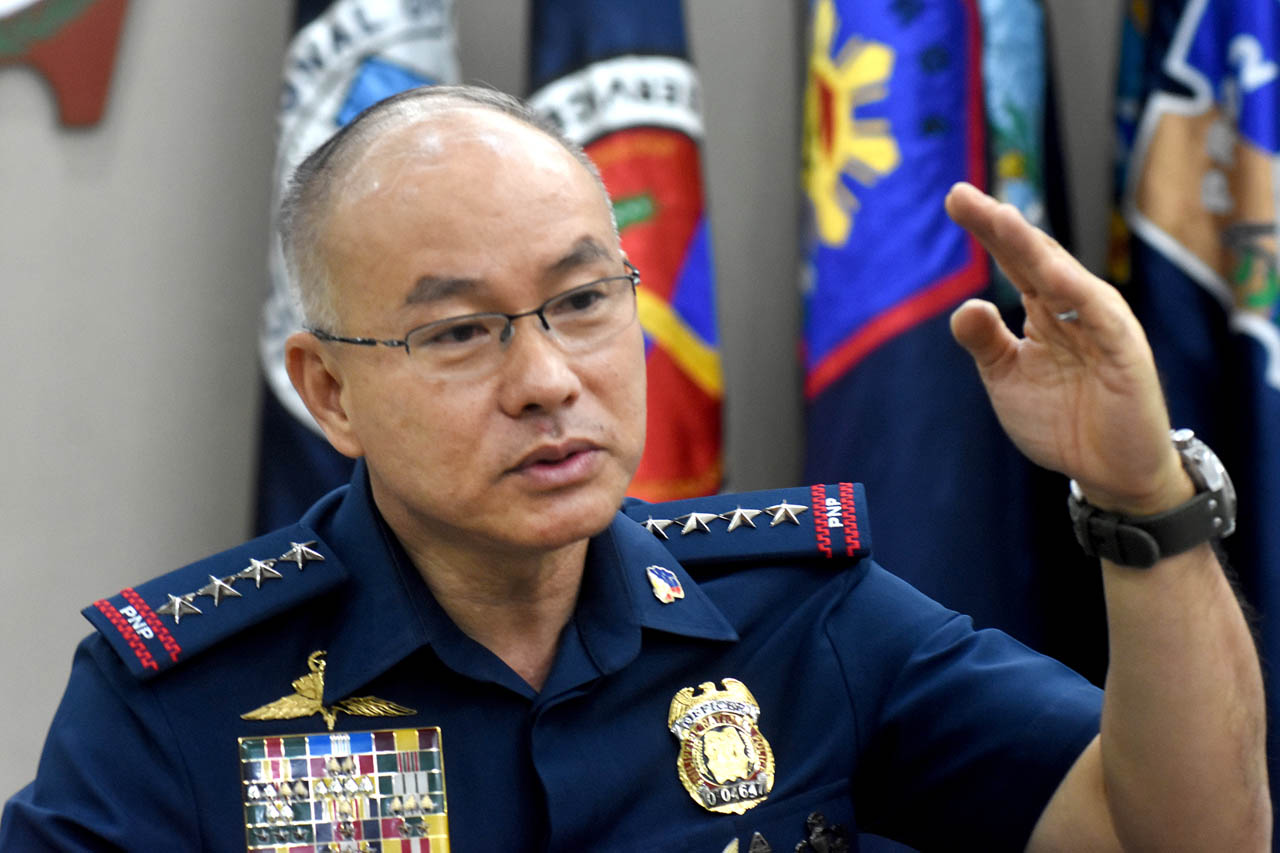 Just a few days later, the PNP added new guidelines to the PNP’s controversial Oplan Tokhang, where drug suspects who are visited by cops end up killed after supposedly retaliating.

Oplan Tokhang operations now should just be conducted during the day. Policemen are also asked to bring a human rights officer with them, although they are usually cops who have had training on human rights.

The PNP leadership also reminded commanders to teach and re-teach cops below them about these rules and to review their police operations manual, where respect for human rights is outlined.

Did the PNP promise less blood? Yes, and the numbers show it.

The question now: Could it be bloodless? 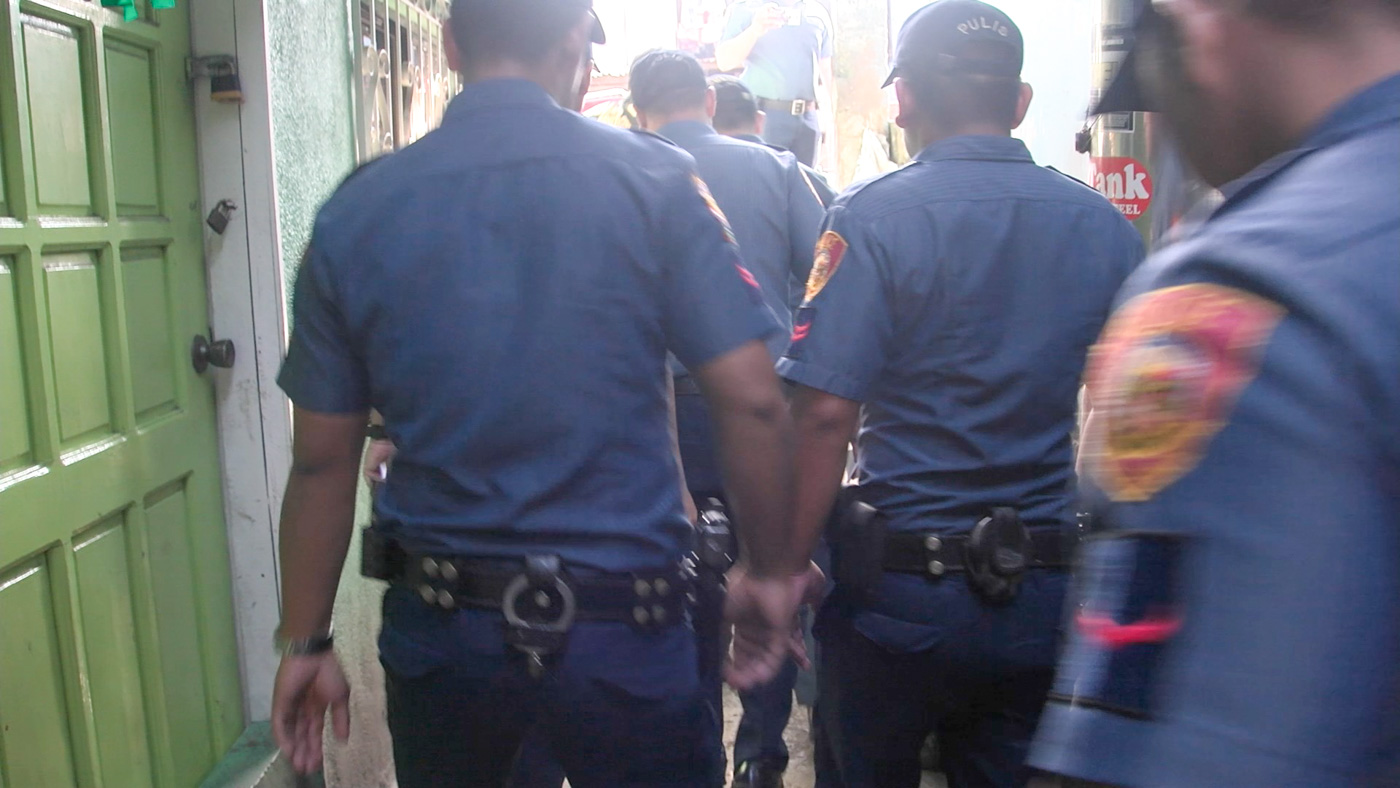 According to Dela Rosa, now the chief of the Bureau of Corrections, as long as drug suspects fight back, the police will continue to defend themselves and shoot them dead.

“We cannot guarantee there will be no blood in our campaign against illegal drugs,” Albayalde said, right before assuming his post as top cop.

What he could promise, he said – echoing President Duterte – is an unrelenting anti-drug campaign.

“Continuity is important to maintain the momentum of our accomplishments and gains, but we will reform those programs that need to be more responsive to our existing situation. We will not relent on our war against illegal drugs and other forms of criminality,” Albayalde said in his first speech to the PNP as top cop. – Rappler.com