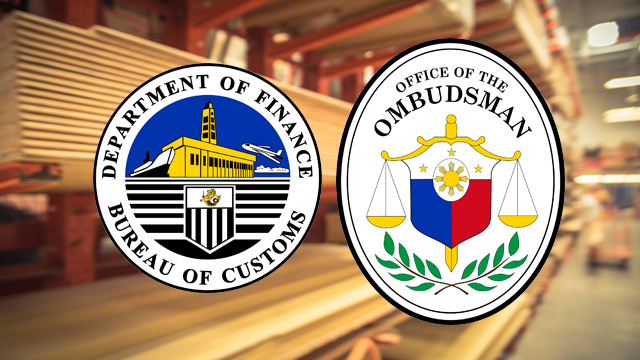 MANILA, Philippines – The Office of the Ombudsman cleared former Customs Enforcement Group deputy commissioner Arnel Alcaraz and 3 others, in a case involving the 2016 seizure of plywood shipments from China at the Port of Manila.

The Office of the Ombudsman said it found no substantial evidence that Alcaraz and 3 others committed grave coercion, falsification, grave misconduct, and other violations of customs laws.

In a 16-page resolution, Graft Investigation and Prosecution Officer Leilani Tagulao Marquez said Alcaraz acted to the best of his judgment to protect the Bureau of Customs when he issued an alert order over plywood shipments in October 2016.

Outgoing Ombudsman Conchita Carpio Morales approved the findings and said, “There is no evidence that he acted in bad faith or in an unreasonable and arbitrary manner. Wherefore, the present administration and criminal complaints are dismissed.”

Other respondents identified as John and Jane Does were also cleared.

Complaints against Alcaraz and other customs officials were filed in December 2016 by customs broker Rose Amory Sentillas De Luna.

De Luna claimed Alcaraz did not have the authority to issue an alert order over the plywood shipments, and that all the duties, taxes, and legal fees were paid.

She added that only then-customs commissioner Nicanor Faeldon had the authority to issue alert orders.

De Luna also alleged corruption on the part of Alcaraz and other officials, claiming a certain “Atty Rea” called her in September 2016 to inform her that the shipment she was processing was under “extreme peril of being alerted due to non-payment of ‘tara’ (bribe money) amounting to P5,000.”

The Office of the Ombusdman however said, “The identity of the person who reminded complainant regarding the alleged policy of the BOC on tara can’t be ascertained by complainant herself, until a complaint was filed with the NBI. This cast serious doubts on the veracity of complainant’s accusations.”

Alcaraz and Gregorio denied the allegations of Sentillas De Luna against them. – Rappler.com