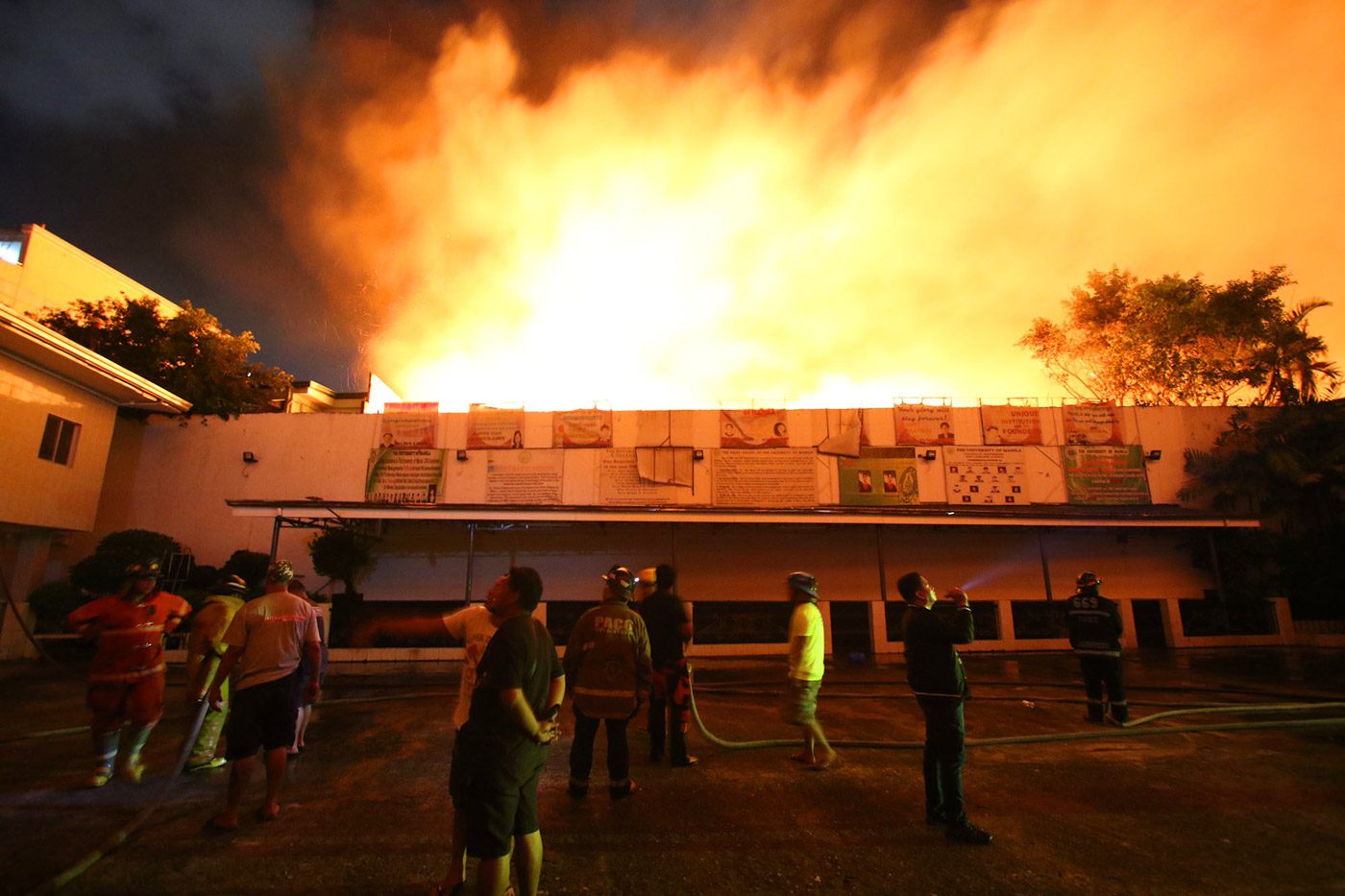 MANILA, Philippines (UPDATED) – A fire hit a residential area and a portion of the University of Manila’s College of Law in Sampaloc, Manila on Sunday, July 1.

The Metropolitan Manila Development Authority (MMDA) announced in a tweet that the fire had already reached Task Force Alpha as of 7:32 pm.

It was then declared under control at 9:45 pm, according to TXTFire Philippines.

The blaze began at a residential area along Delgado Street in Barangay 402, then spread to MV Delos Santos Street where the University of Manila’s College of Law is located.

Authorities have yet to determine the cause of the fire. – Rappler.com