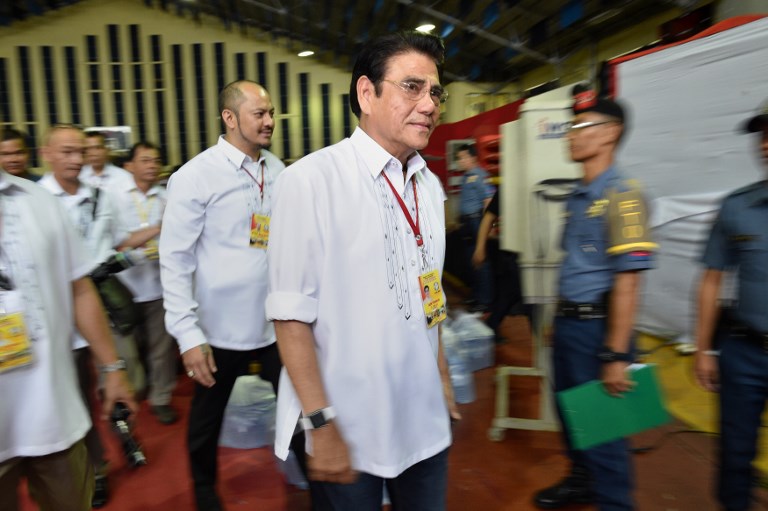 MANILA, Philippines – Malacañang condemned the killing of Tanauan City Mayor Antonio Halili even as it stayed mum on Halili’s supposed links to illegal drugs, for which he was stripped of powers over the police.

(We condemn the killing of Mayor Halili of Tanauan. We knew Mayor Halili as a strong ally of the President’s in the war against drugs.)

“We promise the family and constituents of Mayor Halili that there will be justice and an investigation, and that those behind the killing will be punished,” said Duterte’s spokesman in Filipino.

Roque, however, gave no direct answer when asked to explain how Halili can be considered an ally against illegal drugs when the National Police Commission stripped him of his powers over the police last November 2017.

Upon Duterte’s orders, the supervisory powers of a number of mayors and governors over police were taken away supposedly because of their links to the illegal drug trade.

The list of names of these local government executives were released to media and published by some outlets.

(For now, we are extending our condolences to the family of the slain Mayor Halili. Let us talk about that another time. Now is the time for grieving.)

The “purge” of drug-linked local chief executives was what Duterte promised after his bid to cleanse the ranks of police personnel.

Over the past weeks, Duterte has been the guest of honor at oath-taking ceremonies of newly-elected barangay officials. During these events, he has warned them of consequences should their local drug campaigns prove ineffective, while promising to arm barangay captains who perform well.

Duterte has also ordered the audit of local intelligence and confidential funds. – Rappler.com