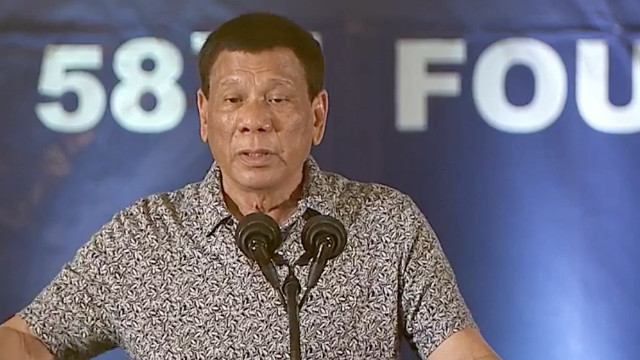 MANILA, Philippines – Hours after Tanauan City Mayor Antonio Halili was shot to death, President Rodrigo Duterte claimed he was involved in illegal drugs and thus got what he deserved.

(Earlier, Halili in Batangas. He pretended to shame addicts by parading them, but he was involved, it was him.)

“I suspect he was into drugs. I just suspect,” the President added in Bisaya.

Duterte’s remarks about Halili contradict that of Presidential Spokesperson Harry Roque who earlier on Monday called Halili a staunch ally of the administration’s campaign against illegal drugs.

During the Duterte administration, Halili became known for requiring self-confessed drug addicts or pushers to do a “walk of shame.” The practice even earned him the moniker “Duterte of Batangas.”

But the President, in his speech, likened Halili to other mayors who have been killed during his administration – Reynaldo Parojinog of Ozamiz City, Misamis Occidental and Rolando Espinosa of Albuera, Leyte.

The two mayors were in Duterte’s list of narcopoliticians and both were killed in police operations.

Halili was among the local government chiefs whose powers over police were taken away by the National Police Commission, citing intelligence that they were involved in the drug trade.

Duterte has repeatedly warned he would “kill” anyone involved in illegal drug trafficking, including local government executives.

Halili was shot dead in broad daylight during a flag ceremony in Tanauan City. – Rappler.com