Late Mayor Halili ‘was like the father of Tanauan’ 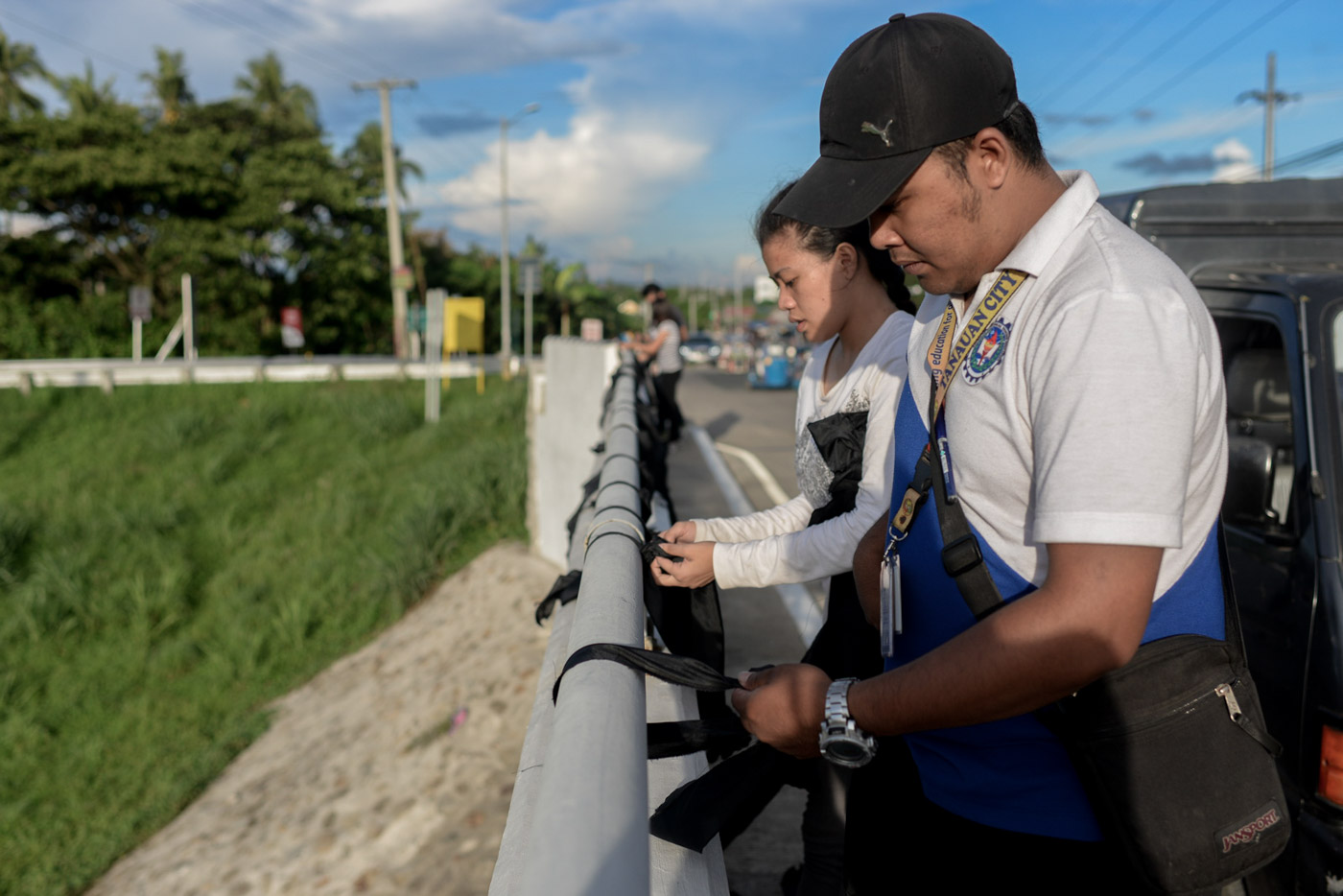 BATANGAS, Philippines – It does not matter what President Duterte says. For the people of Tanauan City, specially for the throngs visiting his wake, slain mayor Antonio “Tony” Halili  was the “father of Tanauan” and the only leader who changed the city’s image.

Since 2013, long before the word “TokHang” gained nationwide notoriety,  Halili had already initiated his campaign against illegal drugs in Tanauan City—a place labelled as a “hotspot” for illegal drugs in Central Luzon prior to his term.

During his inaugural speech in July 2013, Halili—like President Rodrigo Duterte—“required” barangay captains of Tanuan to prepare a list of persons involved in the illegal drug trade.

The following weeks, he invited to his office for a dialogue the persons in the list.

The story goes that just by “talking” to them, the Mayor “convinced” drug suspects to stop their illegal activities. He warned them not to be listed again. Suspects who were caught again were paraded around the city center with other petty criminals. It was his method of ensuring “commitment.”

“For a period of time, Tanauan City used to be the center of drug trade,” Gerald Laresma, Tanauan public information officer said. “It was only during his time that we had an honest-to-goodness campaign sa paglilinis ng (to clean up) Tanuan city from drugs, at sa ganoong tag (and from that tag).”

For context, a 2003 Newsbreak article noted that the drug problem in Tanauan City had been festering for decades.

“The drug problem in Tanauan goes all the way back to the ’70s. In the ’80s, people say, marijuana was the drug of choice. Drugs only became a real problem when shabu entered the picture in the early ’90s. It’s point of entry? Sambat, which is near the poblacion and is a breath away from the city market.”

It is also in here, Barangay Sambat, where Halili resided.

“To users and pushers in the city, in fact, Barangay Sambat is an acronym that stands for Shabu Ating Mahalin, Bato Ating Tangkilikin,” the article added. (Let us love shabu, let us patronize ice).

Darkest time for city of colors

But other than his controversial drug campaign, Halili was also responsible for the rebranding of Tanauan City.

For so long, Tanauan was known as the cradle of noble heroes, boasting of patriots Apolinario Mabini, and former President Jose P. Laurel. But Halili thought this was too old school, and that the city has changed immensely since the two heroes’ times.

“Upon assumption as mayor, he [decided that he] wants a more appealing brand for Tanauan City,” Laresma said. “He decided to go with ‘city of colors’ to represent the colorful history, colorful life, colorful people of the city.”

Tanaueños embraced this new brand, and grieved when they heard news that the man behind it was killed on Monday morning.

Many described his death “the darkest time” for the city of colors. Local government employees pinned black ribbons on their chests. Students also tied black ribbons in a bridge at Tanauan to symbolize the city’s mourning.

Marilou Blaza, who works at the licensing office of the city hall, said that among the 3 mayors she worked with, Halili was the best.

(Of all the mayors of Tanauan City, he was the only one who implemented changes. There was much development in Tanauan. The number of drug addicts and pushers dropped. He launched programs for senior citiznes and health services. And he always had in mind the welfare of city hall employees.)

(He was the mayor who spent his working hours with us in city hall.)

Every flag-raising ceremony, Blaza added that Halili would never fail to say that he was “ready to die to serve Tanauan.”

(He’d always say, that our service was not enough. We must give more. He was ready to give up his life, because he knew there were threats to his life. He was not afraid, because he was determined to be of service.)

For Barangay Chairman Albert Dalisay, Halili was the man who granted the wishes of his community.

(He gave all the projects we requested.)

Halili was also popular among senior citizens as each of them received birthday gifts of P500 every year. During Christmas, every household in Tanauan also received 5-10 kilos of rice from the Mayor.

But while Tanaueños spoke fondly about Halili, they did not deny that they’ve heard rumors about his links to the drug trade.

Blaza however said that they preferred to believe in what they could see, rather than what they could hear. “Sa aming nga Tanauenos, naniniwala kami sa mga nagawa niya, mga pinakita niya. Although may naririnig kaming ganoon, mas binibigyan namin ng pansin yung mga nakita naming ginawa niya.”

(We believe in what he has done, what we have seen. Although we heard rumours, we preferred to look at the things he has done.)

Connie, a senior citizen who has lived in Tanauan City for more than 40 years, also said the rumors linking  Halili to drugs have never been anything but a rumor as no one has showed proof.

(In the long time I’ve been here, I never saw anything related to drugs. What I’ve seen if what he has done. Ang they’re ok.)

(Tanaueños do not believe Halili was involved with illegal drugs. How can he be involved when he is very much against it?)

On Monday, even Presidential Spokesperson Harry Roque called Halili a staunch ally of President Rodrigo Duterte in his campaign against illegal drugs.

Others have even branded Halili as the “Duterte of Batangas,” to which Laresma said Halili seemed flattered.

“I believe he was flattered. Alam naman natin ang style ni (We know Duterte’s style) PRRD talagang no-nonsense at radical. I think he liked being described like that.”

For the daughter of the late mayor however, none of these rumors matter anymore.

“I will not tell anyone how to remember my father. It’s up to them,” Angeline Halili said. “Matalino ang tao, alam nila yan. Makikita nila yan. (The peeple have their own mind, they know the truth. They can see that.) Just look around here [at the wake].”

But as a daughter, Angeline said she will remember her father as nothing but a hero.

“Let me put it this way—for strangers who are not forced to love my father— how much more for a daughter? I would miss everything. I would be more than happy to have him back but that can’t happen.”

Earlier, Angeline said the President was misinformed about his father, after Duterte said in a speech on Monday that Halili got what he deserved for being linked to drugs.

“I cant blame him for that, he’s so misinformed. I believe that if he would even try to grieve with me in our family, with us, he would see, and realize and see for himself that we have a decent, legal, very very legal and simple life. We’re just a family of entrepreneurs,” Angeline said.

Mayor Halili was the only politician in their family. His wife and children are involved in other businesses including emission-testing centers nationwide, drug-testing centers, and realty development. – Rappler.com