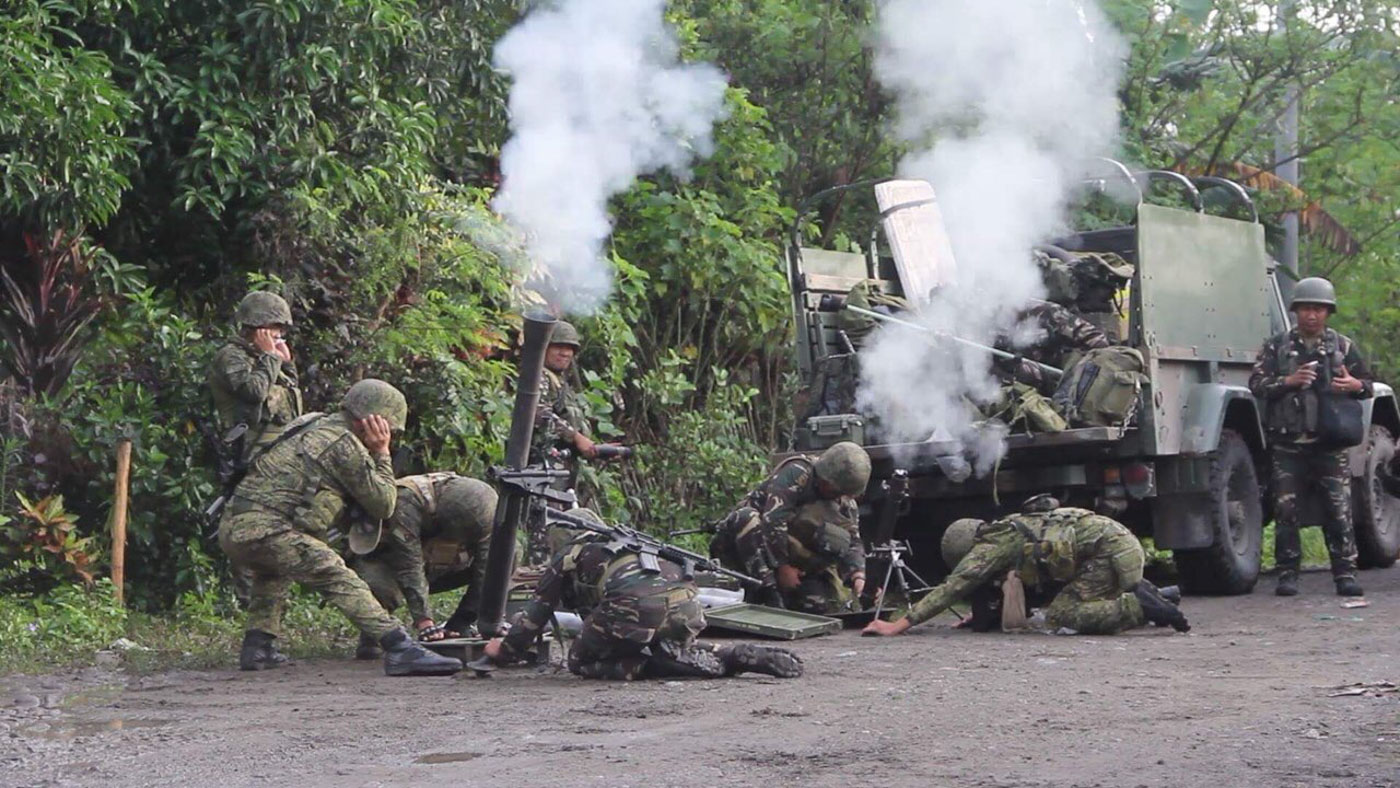 MANILA, Philippines – Clashes between government troops and the separatist Bangsamoro Islamic Freedom Fighters (BIFF)  reached a town center in Maguindanao on Tuesday, July 3, as the military continues aggressive operations to hunt down groups linked with the Islamic State (ISIS).

The military said it foiled an attempt to occupy the town hall of Datu Paglas town after a 9-hour operation on Tuesday, July 3, that deployed air force assets for air strikes.

Three soldiers were “slightly wounded” due to shrapnel and bullet wounds, the military said.

“Combined Army and police forces had blocked the attempt of ISIS-inspired terrorist group in occupying the seat of the municipal government here on Tuesday,” said Lieutenant Colonel Harold M Cabunoc, commanding officer of the 33rd Infantry Battalion that led the operation.

Cabunoc said clashes with the group of BIFF sub-leader Sulaiman Tudon erupted at 5 am on Tuesday.

“The troops attacked the enemy-held cluster of concrete houses in Sitio Mopac of Barangay Poblacion, an area that is about 500 meters from the municipal hall. Supported by armored vehicles and infantry mortars, the house-to-house close quarter battle lasted about 9 hours in an area that is located in the middle of a rice field,” Cabunoc said.

“We confronted enemy snipers and improvised bombs as we seized the areas that are previously occupied by the terrorists. We also wanted to contain the fighting outside of the highly populated area some 500 meters away,” Cabunoc said.

The group is one of the threats that the government cited when it asked Congress to extend martial law in Mindanao until the end of 2018. (READ: End martial law? Lorenzana warns vs another Marawi) – Rappler.com