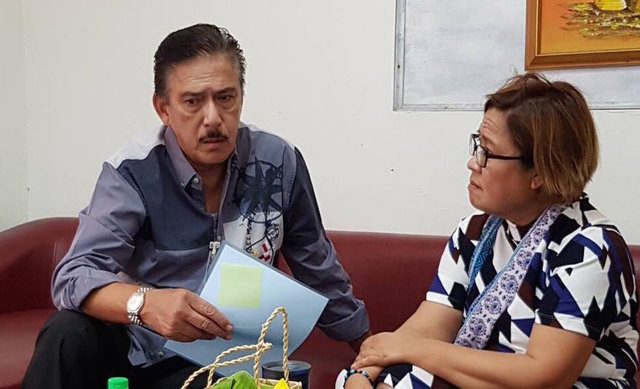 “As the Senate President, I am giving Senator De Lima full authority to discharge her duties as chair of the Committee, particularly to conduct and personally preside over its hearings – similar to what had been done by Senator Antonio Trillanes IV during his detention,” Sotto said in the letter. Sotto assured Albayalde that the chamber and its contingent would coordinate with the PNP and abide by its internal rules and regulations.

Sotto said this is to ensure that the relevant measures pending in De Lima’s committee “will be given an opportunity to be heard and be deliberated on by the Philippine Senate.”

At present, there are 7 bills pending in De Lima’s committee, which Sotto said would benefit Filipinos if passed into law:

Sotto earlier visited De Lima in jail, where they discussed the detained senator’s condition and work-related concerns, including her desire to conduct hearings.

Senator Francis Pangilinan, Liberal Party president, thanked Sotto for formally conveying the request to the PNP and expressed hope that the latter would allow his fellow LP member to perform her functions while in detention.

“It is right and just for Senator De Lima to be allowed to perform her duties as a member of the legislature. Despite her unjust incarceration, Senator De Lima has expressed her desire to carry out her functions as a lawmaker and help craft laws beneficial to the people,” Pangilinan said. – Rappler.com