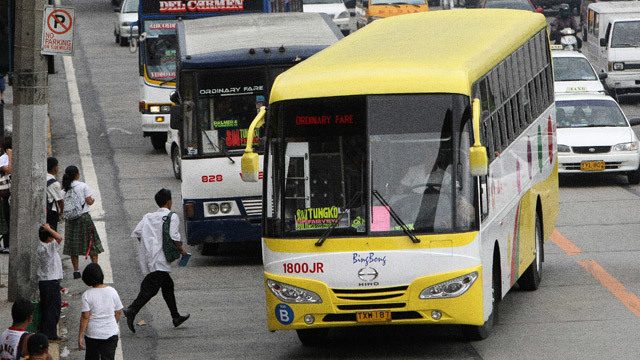 “After a careful scrutiny of the arguments raised in the instant motion, this court finds that the same must be denied for lack of merit. The instant motion does not raise new and substantial issues that would warrant the reversal of this court’s decision dated February 27, 2018,” the CA said in a 5-page resolution penned by Associate Justice Rafael Antonio Santos.

The bus operators had argued that the LTFRB order is “arbitrary,” and that it virtually “amends” Republic Act No. 4136 or the Land Transportation and Traffic Code without authorization from Congress.

But the CA pointed out that the installation of GPS devices is a “well-thought-out and carefully deliberated plan,” and that the order is well within the LTFRB’s power as stipulated under the Administrative Code of 1987.

The court added that penalties to be imposed on bus operators who would violate the order are “fair and reasonable,” as the installation of GPS devices is their responsibility.

LTFRB Memorandum Circulars 2015-021 and 2015-026 had ordered all public utility buses to install GPS devices by the end of April 2017, to be able to check whether a bus is within the speed limit and proper route.

Operators who fail to install GPS devices will be penalized P5,000 per bus. – Rappler.com