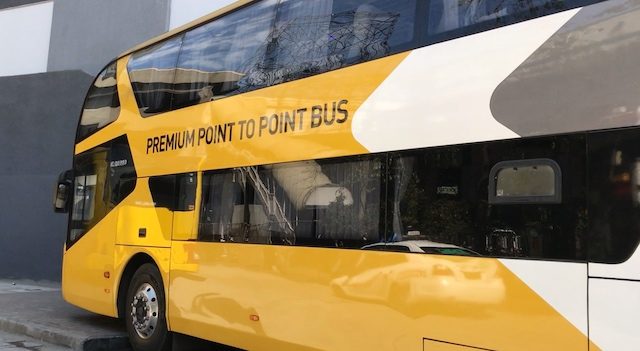 MANILA, Philippines – Point-to-point (P2P) buses with routes coming from the provinces are not covered by the bus ban along EDSA, the Metropolitan Manila Development Authority (MMDA) said.

In a text message, MMDA General Manager Jojo Garcia confirmed that P2P bus trips will not be affected by the said ban, and may continue with their trips as scheduled.

Operators RRCG, Genesis, and TAS Trans have routes that come from Rizal, Pampanga, and Laguna.

Starting August 1, the MMDA will ban provincial buses from plying EDSA from 7 to 10 am, and 6 to 9 pm, on weekdays.

The ban prohibits northbound and southbound provincial buses from plying Cubao in Quezon City to Pasay City. A dry run will be conducted on Tuesday, July 24.

The Metro Manila Council approved the regulation to ease traffic congestion in the capital region amid simultaneous road projects this year. – Rappler.com