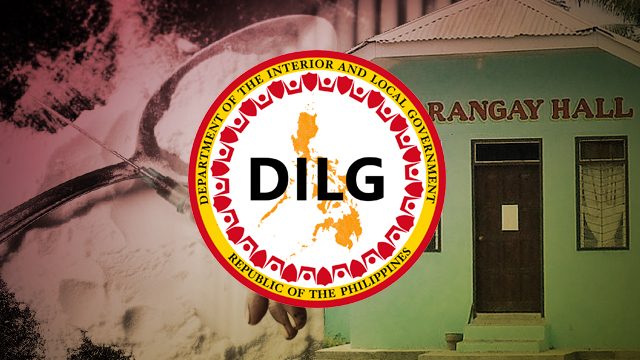 MANILA, Philippines – The Commission on Audit (COA) flagged P500 million worth of projects under the Department of the Interior and Local Government (DILG) that yielded zero performance reports in 2017.

Started in September 2016, this project uses a community-based approach in addressing issues such as illegal drugs, criminality, and corruption, among others. It also aims to strengthen the Barangay Anti-Drug Abuse Council (BADAC). (READ: Barangay officials make tough choices in the drug war)

COA, however, noted that the P90.58-million budget for BADAC regional orientations and trainings across the Philippines resulted in zero accomplishments.

The commission also questioned the zero performance output seen in the Masa Masid feedback mechanism which was intended to streamline the handling of anonymous reports, despite a budget of P16.942 million in 2017.

According to the COA report, the DILG failed to give information on how many of the target 1,634 local government units were actually trained.

State auditors also highlighted the fact that only 1,228 out of the target 1,634 DILG field officers finished the training, though the P14.557-million budget was fully utilized.

The DILG, however, claimed that as of May 2018, “all physical targets identified have been met.” – Rappler.com