Duterte says his SONA will last ‘not more than 35 minutes’ 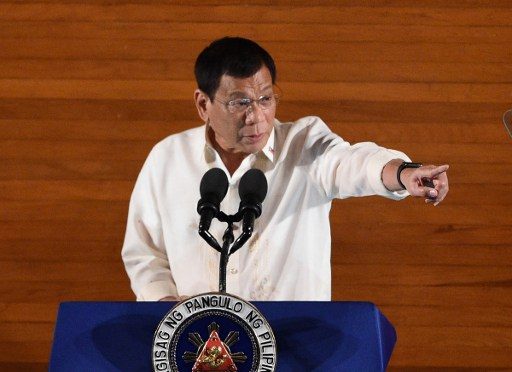 MANILA, Philippines – President Rodrigo Duterte, known for rarely keeping his speeches within an hour long, says his upcoming State of the Nation Address (SONA) will not go over 35 minutes.

Duterte made this remark during the Cabinet meeting on Monday, July 9.

“I will read my SONA speech which should not be more than 35 minutes,” said Duterte, as quoted by Presidential Spokesperson Harry Roque.

Duterte is set to deliver his 3rd SONA on July 23.

Whether the President will stick to his word is another matter. The unpredictable Chief Executive is known to stop reading his written speech in order to speak extemporaneously about a topic that occurs to him in the moment.

Duterte’s SONAs have never kept within the one-hour mark. His first SONA ran an hour and a half long while his second stretched to two hours.

The President’s SONAs have also always been written by Malacañang speech writers but he – not one to stay on-script – always added long off-the-cuff remarks to them.

Previously, Malacañang already gave indications that the public can expect something different from Duterte’s upcoming SONA.

Presidential Spokesperson Harry Roque had announced a series of “pre-SONA briefings” where Cabinet members would present their departments’ accomplishments so that Duterte would not have to read them during the SONA itself.

This would give Duterte more room to speak “straight from the heart,” said Roque. – Rappler.com