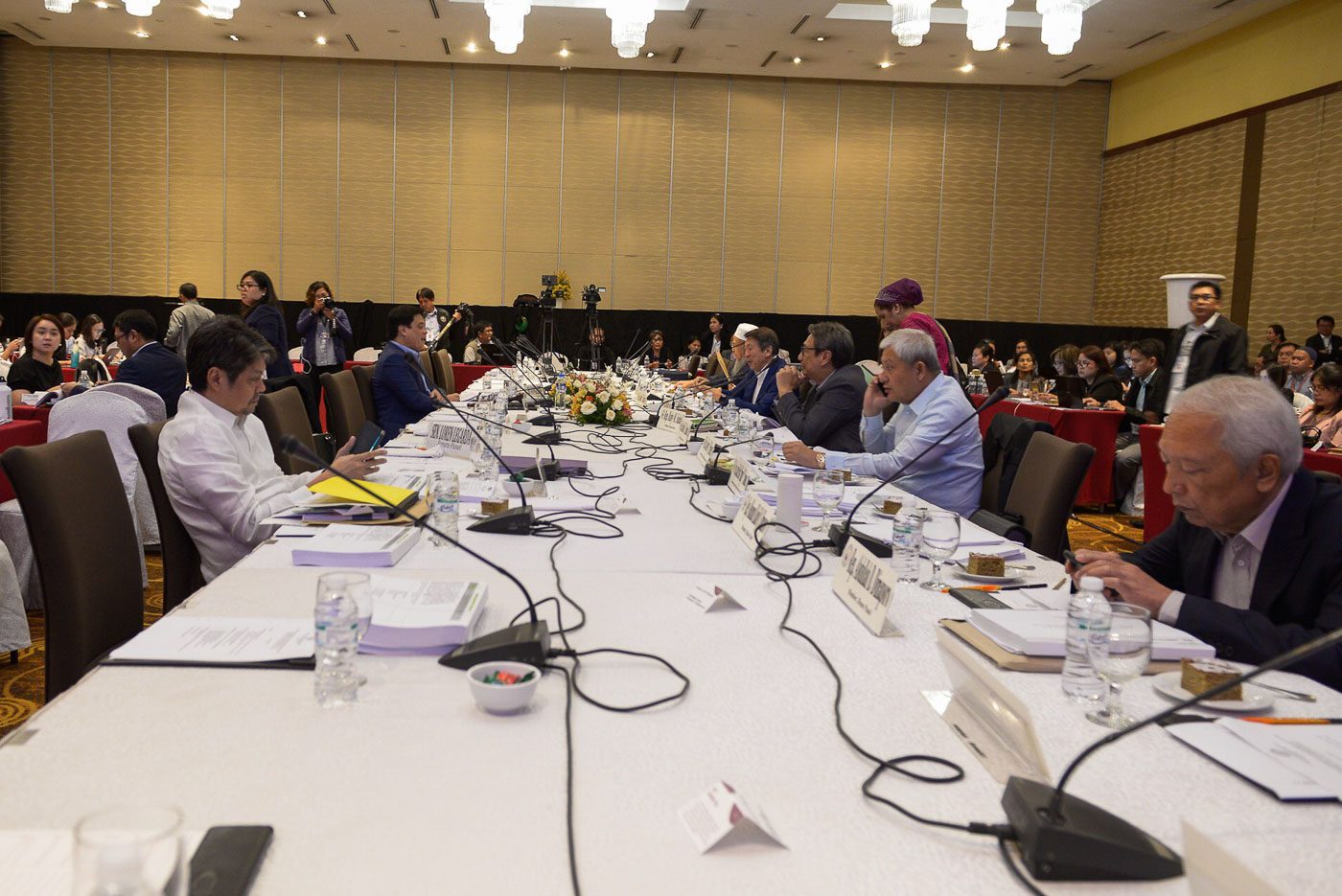 Facebook Twitter Copy URL
Copied
'I understand the positions of district congressmen because it's a loss of territory for them and medyo mabigat 'yan and malalim….Diyan medyo madugo,' says Senate Majority Leader Juan Miguel Zubiri, co-chair of the bicameral conference committee

MANILA, Philippines – The bicameral conference committee on the proposed Bangsamoro Basic Law is nowhere close to finalizing the controversial territory and plebiscite under the BBL, as district representatives strongly opposed the inclusion of 6 towns in Lanao del Norte and 39 barangays in North Cotabato in the Bangsamoro region.

Senate Majority Leader Juan Miguel Zubiri, bicam co-chairman, said the issue is “personal” to district representatives, as they are worried they would lose territory.

“I understand the positions of district congressmen because it’s a loss of territory for them and medyo mabigat ‘yan and malalim….Diyan medyo madugo (it’s a very serious and deep issue. That’s where it would be quite contentious)….For them, it’s historical,” Zubiri told reporters on Tuesday, July 10.

“May uuwing luhaan on this issue (Someone would go home in tears on the issue). It’s just managing the outcome,” Zubiri said, as he admitted it is unlikely to reach a middleground, as territory is the most contentious issue.

Zubiri also refused to divulge the issues of the district representatives, saying it would be best to ask them.

Under the Senate and House versions, the following Lanao del Norte towns and  North Cotabato barangays (villages) shall vote on whether or not they want to be included in the proposed Bangsamoro State:

The two versions, however, differ on the mode of plebiscite. In the Senate version, the 39 villages and 6 municipalities will be automatically included in the Bangsamoro once their residents vote in favor of inclusion.

Residents of the 39 barangays and 6 municipalities had twice voted for its inclusion in the Autonomous Region in Muslim Mindanao, which the proposed BBL seeks to replace. But because of the double layer of voting needed, they have not succeeded.

Zubiri said under the 2014 Comprehensive Agreement on the Bangsamoro, these areas were given the opportunity to join the region without the approval of the mother units.

Jaafar said Moros have long been living in the 6 towns and 39 villages, even before the greater Cotabato province was divided into smaller provinces in the 1960s.

Zubiri said the bicam is set to decide on the issue on Wednesday, July 11. – Rappler.com