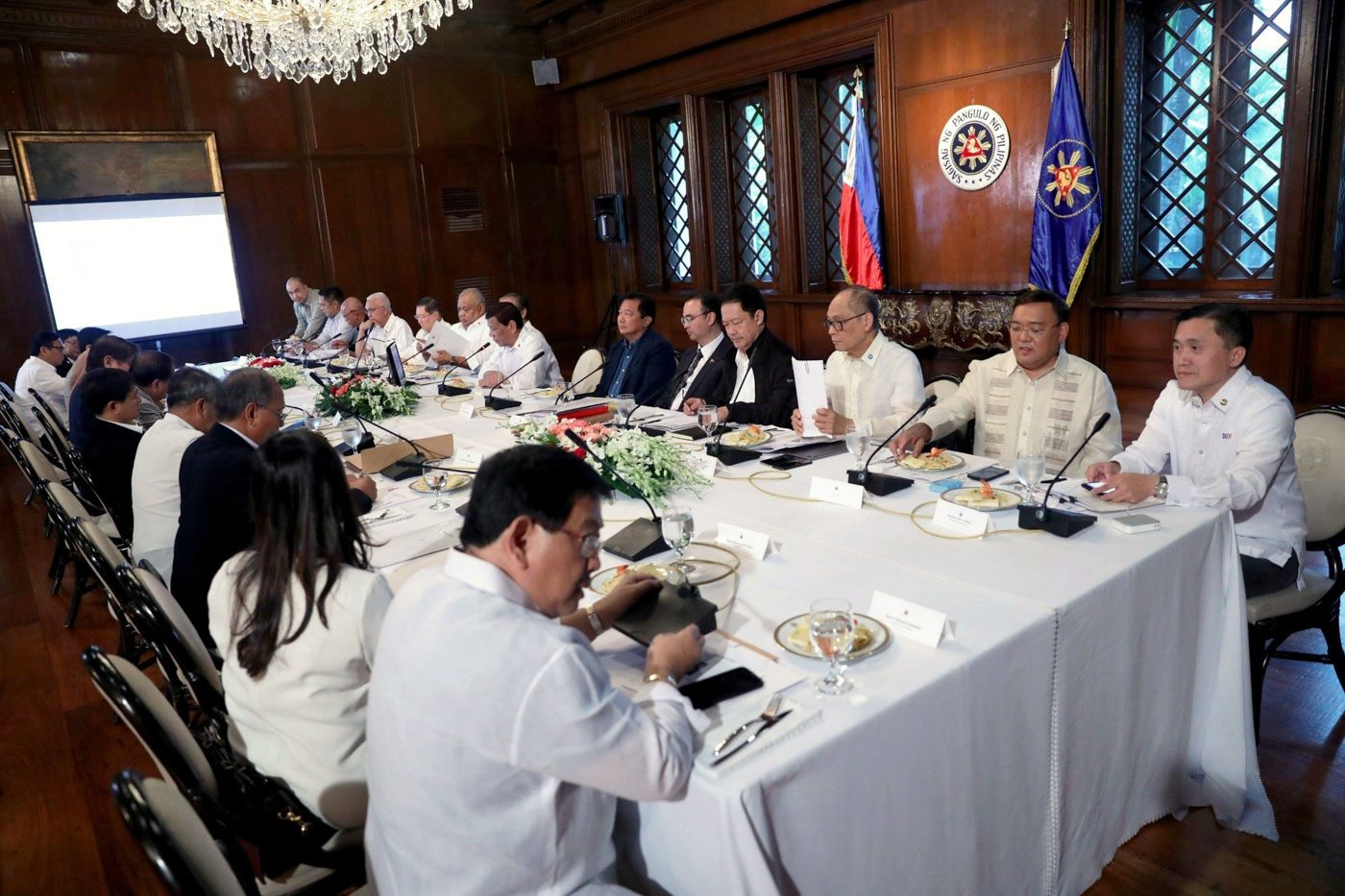 Duterte approved the guidelines for the “localized peace talks” on Wednesday, July 11.

The guidelines and framework were discussed and finalized during Duterte’s meeting with his Cabinet security cluster and lawmakers in Malacañang, Presidential Spokesman Harry Roque said on Thursday.

Duterte is set to release an executive order formalizing the guidelines.

Roque said the the elements of the framework and guidelines are as follows:

The elements for an  “enabling environment” for localized peace talks include no coalition government or power sharing; no revolutionary taxation, extortion, arson and violent activities; and fighters are to remain in their pre-designated encampment areas.

Aside from localized peace talks, Duterte also approved 3 other modes though which local governments can engage with communists: community dialogue, local peace package, and confidential dialogue.

A local peace package involves the integration of former communists under the government’s peace incentive, without going through peace negotiations; while under a confidential dialogue, a communist rebel decides to lie low but not be documented as doing so, and cannot avail of the peace package program. – Rappler.com