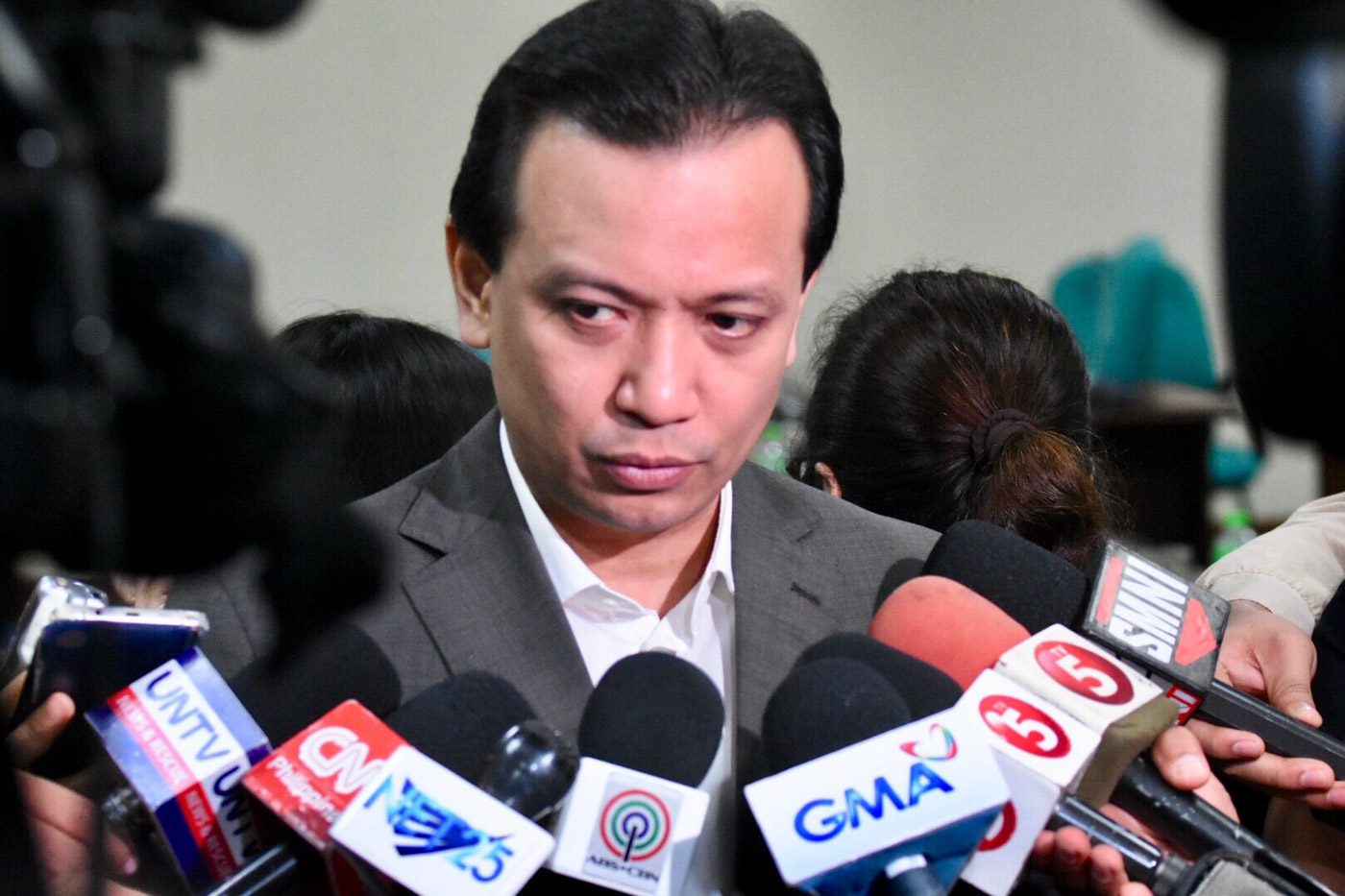 MANILA, Philippines – The Philippine National Police (PNP) has admitted that it did pull out the two police security details of opposition senator Antonio Trillanes IV.

It did so with reason, PNP spokesperson Senior Superintendent Benigno Durana told Rappler in a text message on Monday, July 16.

It turns out, the PNP Police Security and Protection Group (PSPG)—the police unit in charge of assigning security details to VIPs from businessmen to politicians—was apparently conducting a “comprehensive review” of its assignments.

According to Durana, this means the cops were asked to return to the PSPG main office in Camp Crame to be accounted for. They were not immediately returned to Trillanes as the PNP also reevaluates the list of VIPs with police guards.

“It goes beyond personnel audit. That’s why it’s comprehensive. It will also include review of the effectiveness of the current VIP security arrangements with a view of finding a more feasible arrangements without jeopardizing requirements of our core policing functions,” Durana said.

The review, Durana said, was part of their preparation for the 2019 elections. The PNP wants to ensure police security assignments are not spread too thin when the campaign season begins, which is usually a period with high incidence of  election-related violence.

“The comprehensive review is also part of PNP’s preventive measures to ensure police personnel will not be, wittingly or unwittingly, used by their VIPs for economic or political reasons especially as we approach the election season,” Durana said.

It was unclear whether the PNP also pulled out the police security of other VIPs. According to Trillanes, his police details were taken away since June and have not been returned up until July 13.

Meantime, PNP chief Director General Oscar Albayalde ordered the PSPG to return the 2 police guards detailed to Trillanes even as they continued their intensive review. – Rappler.com