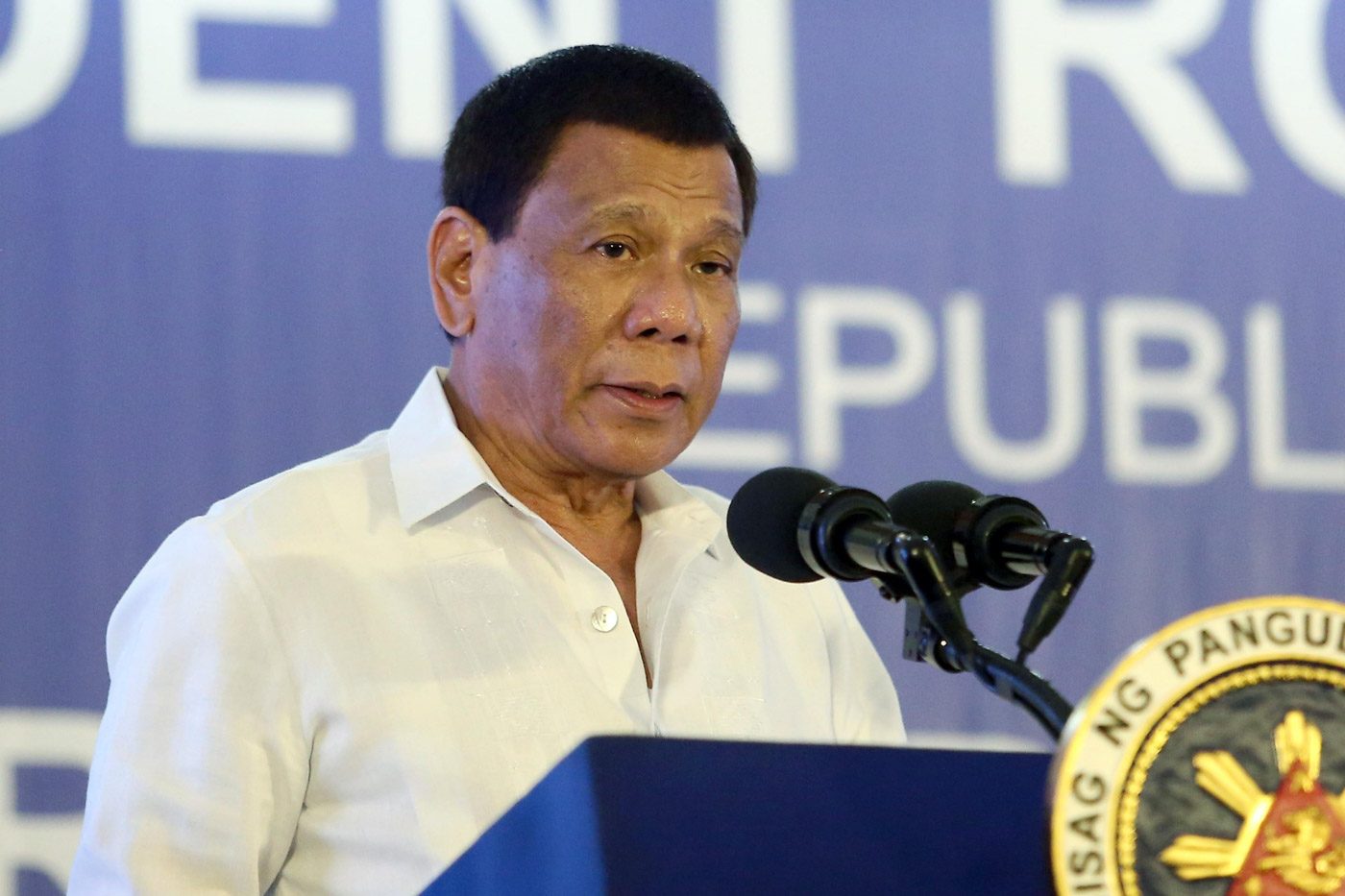 Facebook Twitter Copy URL
Copied
The rehearsal will take place in Malacañang and not in Davao City, where President Rodrigo Duterte practiced for his SONA in 2017

MANILA, Philippines – President Rodrigo Duterte will devote Sunday, July 22, to rehearsals for his 3rd State of the Nation Address (SONA) happening the day after, on Monday, July 23.

“Rehearsals of the President for the SONA will be on Sunday,” reads a message from Presidential Spokesman Harry Roque in Filipino sent to reporters on Wednesday, July 18. (READ: 10 things to expect at Duterte’s SONA 2018)

The rehearsal will take place in Malacañang and not in Davao City, where he practiced for his SONA in 2017.

Duterte’s rehearsal will involve reading a draft of his speech, possibly with a teleprompter, although in last year’s practice no teleprompter was used. In the past, Duterte had been assisted by Presidential Communications Operations Office officials, like Secretary Martin Andanar.

As for his first two SONAs, the core of his speech was written by Palace Undersecretary Melchor Quitain, Duterte’s former city administrator back when he was Davao City mayor.

Quitain had written many of Duterte’s speeches when he was still a local government chief.

Some inputs from other departments and agencies are still expected to be added to the speech. But Roque previously announced that, unlike before, the list of accomplishments per department to be read out by Duterte will not be as long.

Instead, the written speech will mostly be conveying Duterte’s sentiments and personal messages to Congress and the Filipino public.

The President, however, is given to making lengthy off-the-cuff remarks during his SONA, despite having a prepared speech.

He’s promised to read his entire speech and to keep it within 35 minutes.

In 2017, during his SONA rehearsal, he wanted his written speech to not go beyond 40 to 50 minutes. His actual SONA stretched to two hours because of his impromptu remarks. – Rappler.com