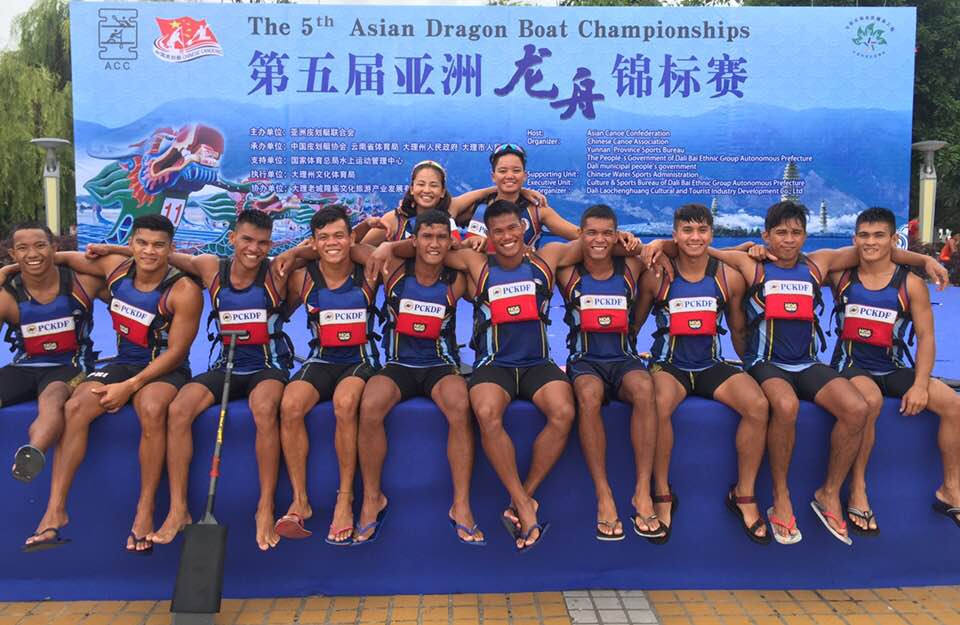 MANILA, Philippines – Every pull on each catch, whether through the stormy waters or serene tides on a clear day, feels worth it for the Philippine dragon boat team that’s very much hungry for a first Asian Games gold.

“Of course everybody wants that,” said coach Len Escollante as the team gears up for the 2018 continental games in Indonesia this August.

Dragon boat debuted in the 2010 Asian Games in Guangzhou, but the Philippines had no entry. The sport was dropped in the next edition in the 2014 Incheon games.

But local dragon boat under the Philippine Canoe Kayak Dragonboat Federation (PCKDF) has been on the rise since 2014 and the national team made a breakthrough when it copped 5 gold and 3 silver medals to top the 2016 Asian Dragon Boat Championships in Puerto Princesa, Palawan.

Although the level of competition got tougher, the Philippine team managed to finish 3rd in the 2017 World Championships, and recently, it bagged two gold medals in the 2018 Asian Dragon Boat Championships in Guangdong, China last July 7.

(It is an eye-opener for us, especially for the paddlers who realized the level they can achieve.)

“We expect to improve more up to the Asian Games,” added Escollante.

The dragon boat team will be training in Paoay, Ilocos Norte leading up to the Asiad.

“The weather in Paoay is mostly similar to Palembang. It’s too hot so we have to [get used to it] so we are planning also to train more in Paoay than in Palembang,” said Escollante.

The PCKDF will be sending 14 men and 13 women in the Asian Games where the canoe/kayak events will be held from August 23 to 25, 2018 in Palembang, Indonesia.