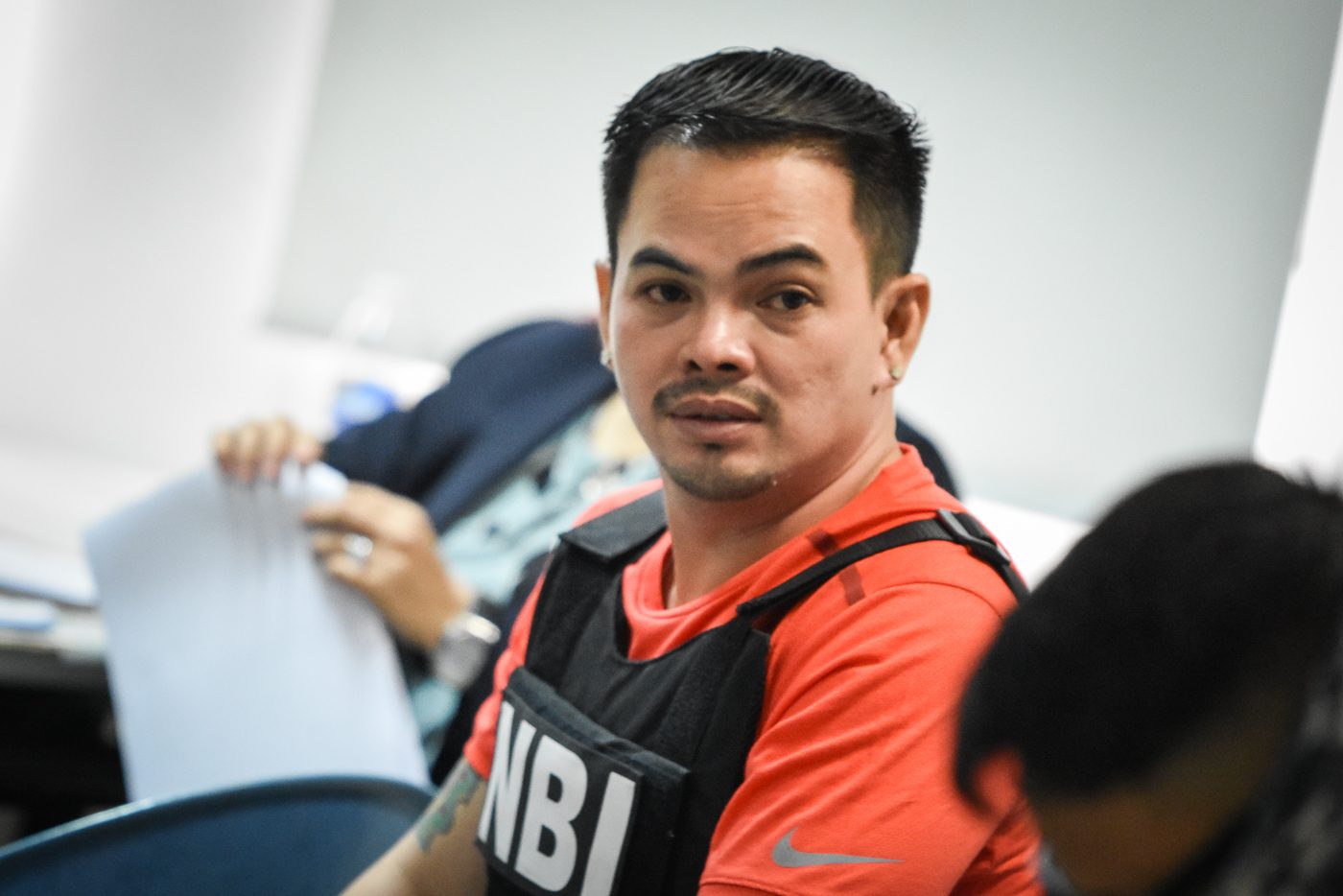 MANILA, Philippines (UPDATED) – The Department of Justice (DOJ) has indicted Kerwin Espinosa for drug trade after the new panel that reinvestigated his case found probable cause to charge him in court.

The DOJ has not decided yet on the case of Lim, which is being resolved separately.

“The resolution does not include the complaint against respondent Peter Go Lim, as he filed a motion for separate preliminary investigation that the panel earlier granted. The case of respondent Lim is pending resolution,” the Office of the Prosecutor General of the DOJ said in a statement on Thursday, July 19.

Lim also has a pending petition before the Supreme Court to void the reinvestigation of his case, citing violation of his right to due process. (READ: 2002 House report proves Peter Lim lied over drug links – gov’t lawyers)

The old panel found the testimony of government witness Marcelo Adorco to be inconsistent. But the Navera panel “found sufficient the positive allegations of Marcelo Adorco identifying Espinosa, Co, Impal, and Malindagan as his cohorts to charge them with conspiracy to commit illegal drug trade.”

Adorco is indicted along with them. He is already in jail for the drug charges filed way back in 2016 when policemen raided Espinosa’s turf in Leyte in July that year.  (READ: What gov’t key witness says about alleged Lim-Espinosa-Co drug network)

“Under the Comprehensive Dangerous Drugs Act of 2002, conspiracy to commit illegal drug trading is an offense distinct from drug trading. It clarified that the agreement to trade in drugs is the gravamen of such an offense. The drugs themselves as the corpus delicti of the drug trading is not necessary under Section 26 (B) of the law,” the DOJ said.

It added: “The panel similarly relied on the confession of respondent Kerwin Espinosa that he traded in drugs during the relevant periods as distributor in Regions 7 and 8. Espinosa’s confession appears in the transcript of stenographic notes on the legislative investigation of the Senate Committees on Justice and Public Order.”

Because 3 of the co-accused – Max Miro, Nelson “Jun” Pepito, and Rowen Reyes Secretaria – have all died, they will no longer be included in the indictment.

The respondents will be charged at the Makati Regional Trial Court (RTC) because according to Adorco, many of the transactions happened at either SM Hypermarket or Cash and Carry in Makati.

The actions of the courts, as well as the Supreme Court, on the case will be closely watched because of the parallelism with the case of De Lima.

The consistency of judgments will be tested in future decisions on this case.

PNP Chief Director General Oscar Albayalde meanwhile said in a press statement he was “glad” the DOJ found merit in the CIDG’s case against Espinosa and several other respondents for violation of the Comprehensive Dangerous Drugs Act of 2002..

Said Albayalde, “The CIDG case build-up was consistent from the start. There was damning evidence to indict Kerwin, et.al. for the crime.”

“Rest assured the PNP will provide DOJ with all available evidence and information to establish a strong case against the respondents,” Albayalde added. – Rappler.com