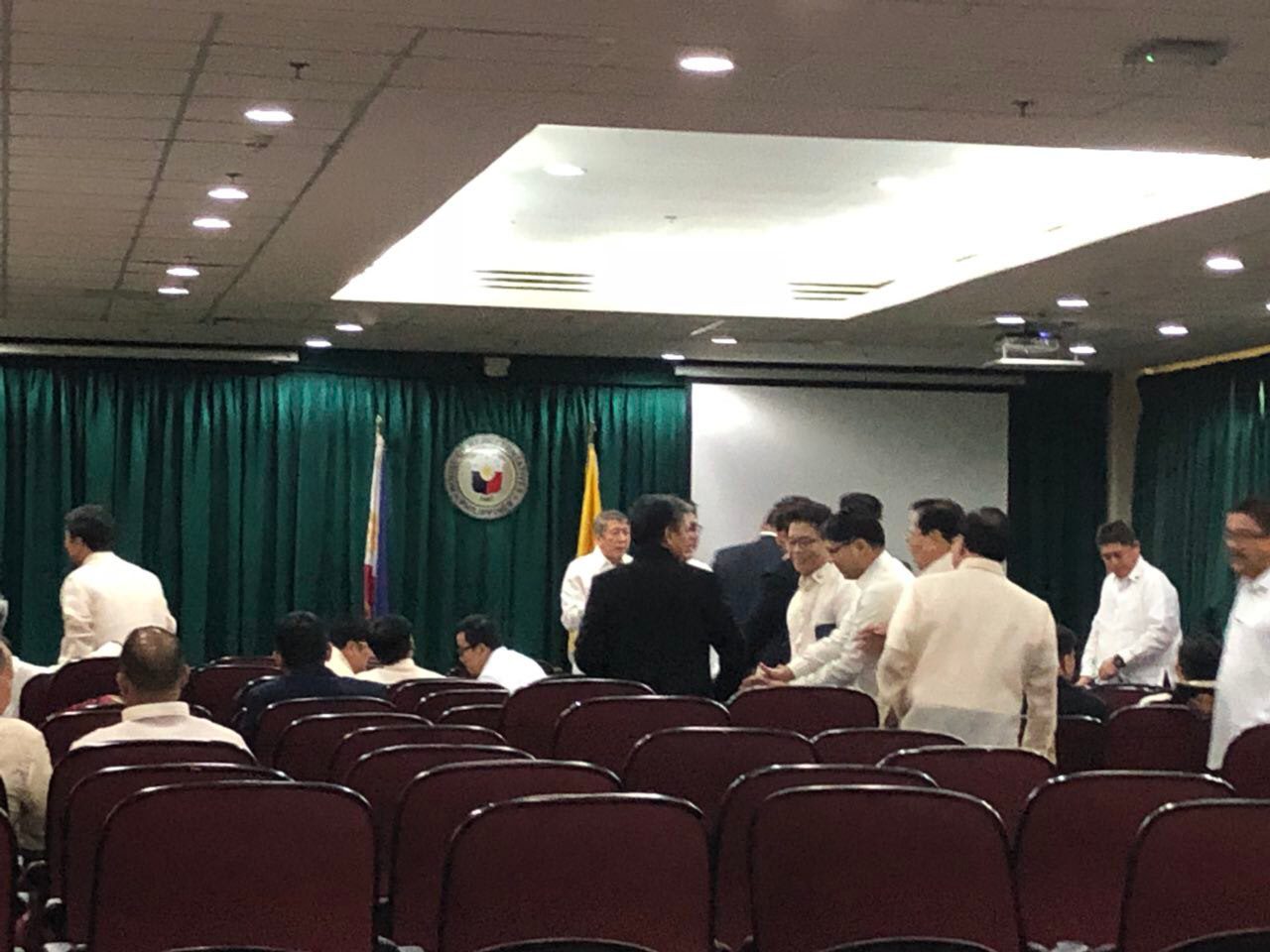 MANILA, Philippines – Only 76 out of 291 representatives attended an all-members caucus called by the House leadership on Monday, July 23, where the reported plot to oust Speaker Pantaleon Alvarez was discussed.

The Cebu 3rd District representative said all 76 majority lawmakers present are so far satisfied with how the House is being run.

“It was touched upon very briefly… I think it is always a question of whether or not things are going well in the House and we are of one mind that this has been the most productive Congress yet,” Garcia said.

The showdown is expected at the resumption of the House session at 10 am.

No less than the President’s daughter, Davao City Mayor Sara Duterte-Carpio, wants Alvarez out. In February, she said her father would be “better off” without Alvarez as Speaker. – Rappler.com