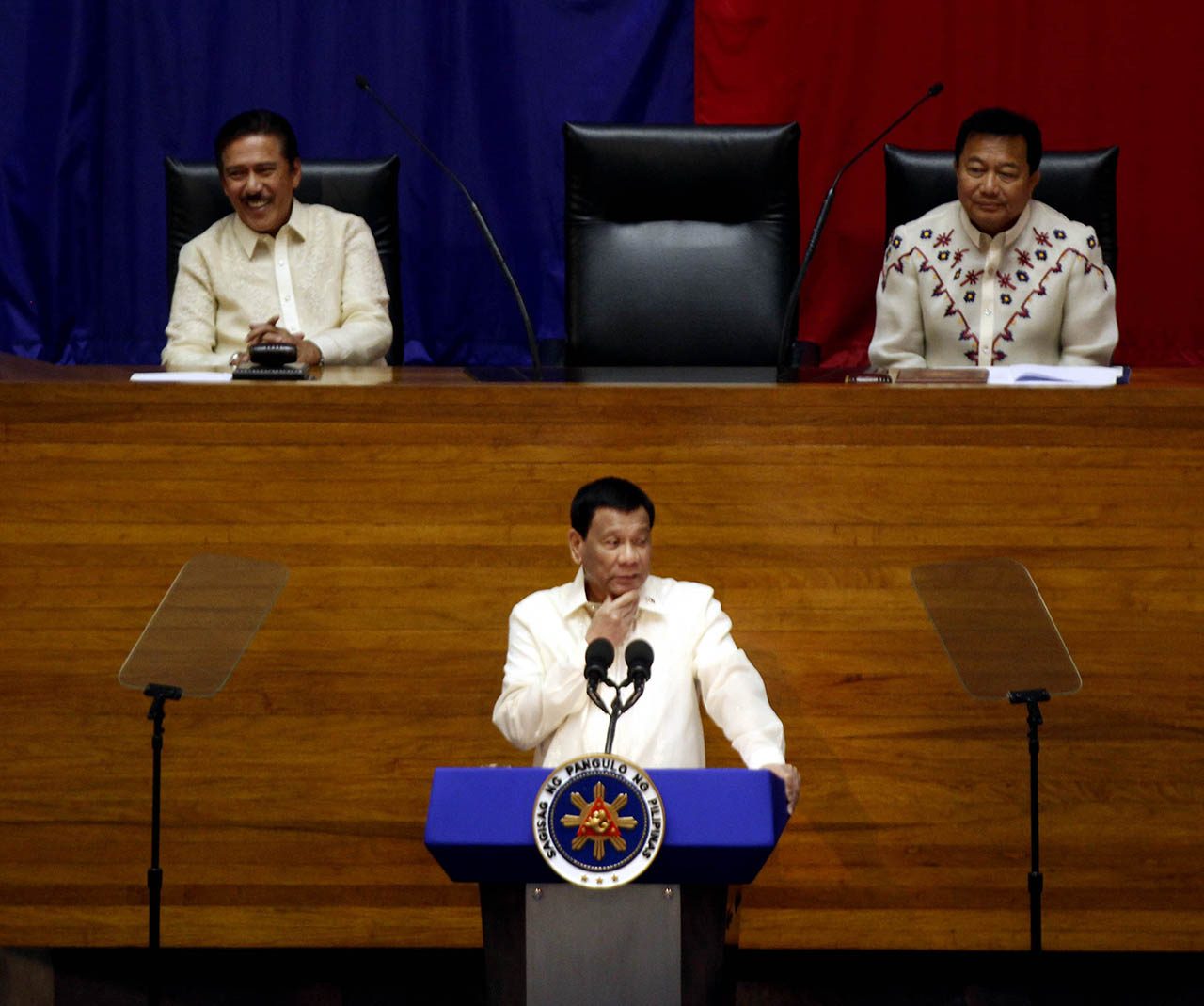 MANILA, Philippines – President Rodrigo Duterte’s latest State of the Nation Address (SONA) is a departure from the norm, but is it a good or a bad change?

Analysts and observers had different takes on his shortest SONA so far.

For veteran journalist and Rappler editor-at-large Marites Vitug, it was a “pleasant surprise.” But historian Leloy Claudio described it as “boring”.

Vitug, speaking at a panel discussion moderated by Rappler CEO and executive editor Maria Ressa right after Duterte delivered his SONA, said she liked how Duterte was “economical with words”.

“At least it was clear what he wanted from the House, from Congress. It listed the bills he wanted passed into law,” she said, adding that it was one of Duterte’s speeches she “enjoyed”.

Duterte’s 3rd SONA was his shortest SONA ever, lasting roughly 50 minutes. He read most of it and uttered not even one expletive.

But Vitug also noticed that Duterte focused on “operational details” of his policies without giving the “big picture” of where he wants the country to go.

Claudio, meanwhile, thought there were drawbacks to Duterte’s “normal” speech.

“It’s boring. He turned himself into a normal politician in his speech,” said Claudio during Rappler’s discussion.

While Duterte’s past SONAs were longer, more confusing, and more challenging to follow, they were also more entertaining. This quality was lost in his latest speech.

“It’s not Digong. Nobody was laughing, there was no charisma, there was no narrative and the power of Duterte was always in his capacity to tell stories and this is not Duterte,” said Claudio.

But the relatively sparse speech could also present a rare opportunity to compare it with other “normal” SONAs.

“Maybe we can start measuring him based on the criteria with which we measure normal politicians and that is the criteria of the laundry list of achievements he laid out,” said Claudio.

“Let us see, sans the charisma, sans the humor, sans all the Duterte magic if he can hold himself up to the very stringent criteria by which he wants us to measure him now,” he added.

Sociologist Jayeel Cornelio, meanwhile, gave Duterte plus points for mentioning issues that are top-of-mind for most Filipinos.

“The President deserves some credit for bringing out a few important issues that matter to ordinary Filipinos,” he said, listing down SONA topics like the signing of the anti-hospital deposit law, universal health care, fund for coconut farmers, cutting red tape, and the speedy establishment of a third telecommunications player.

Economist JC Punongbayan, however, thought Duterte did not sufficiently address growing public concern over the state of the economy, including worries about record-high inflation rates.

“So may things are happening in the economy and I was actually expecting a bit more about it when it comes to iinflation…at least some more elaboration on that if only to appease the people who are really worried,” he said during the post-SONA discussion.

“The SONA was short on opening ways on how to address those uncertainties and he could have dwelt more on that,” Punongbayan added.

Ateneo de Manila political science professor Carmel Abao, in an email to Rappler, noticed there was nothing really new about this year’s SONA, apart from its brevity and lack of curse words.

“There were no new priorities. Note that he mentioned the drug war first. The ‘newer’ agendas like the BBL (Bangsamoro Basic Law) and federalism were mentioned towards the end, not the start of the speech. And he did not even explain the significance of these measures, didn’t explain the whys, just the whats,” said Abao.

Indeed, Duterte merely thanked his Consultative Committee for drafting a federal constitution and promised to sign the Bangsamoro Organic Law “48 hours” after the Congress-approved legislation is sent to Malacañang, a promise he has made before.

In fact, Duterte appeared to be emphasizing that some things will definitely not change about his presidency, such as the “relentless” campaign against illegal drugs.

“Let me begin by putting it bluntly: the war against illegal drugs is far from over... Instead, it will be as relentless and chilling, if you will, as on the day it began,” he said.

Abao also pointed out how he vowed to make overseas Filipino workers’ rights his administration’s “foremost foreign policy concern” yet failed to address one major aspect of migrant workers problems.

“I would have wanted to hear more about creating jobs here at home – higher paying, secure jobs. How do we generate jobs? Raising incomes is a priority that I did not hear in that SONA,” said Abao. – Rappler.com