Jul 24, 2018 5:10 PM PHT
Sofia Tomacruz
Facebook Twitter Copy URL
Copied
In contrast, hunger in Balance Luzon and the Visayas went down in the 2nd quarter of 2018, according to a Social Weather Stations survey 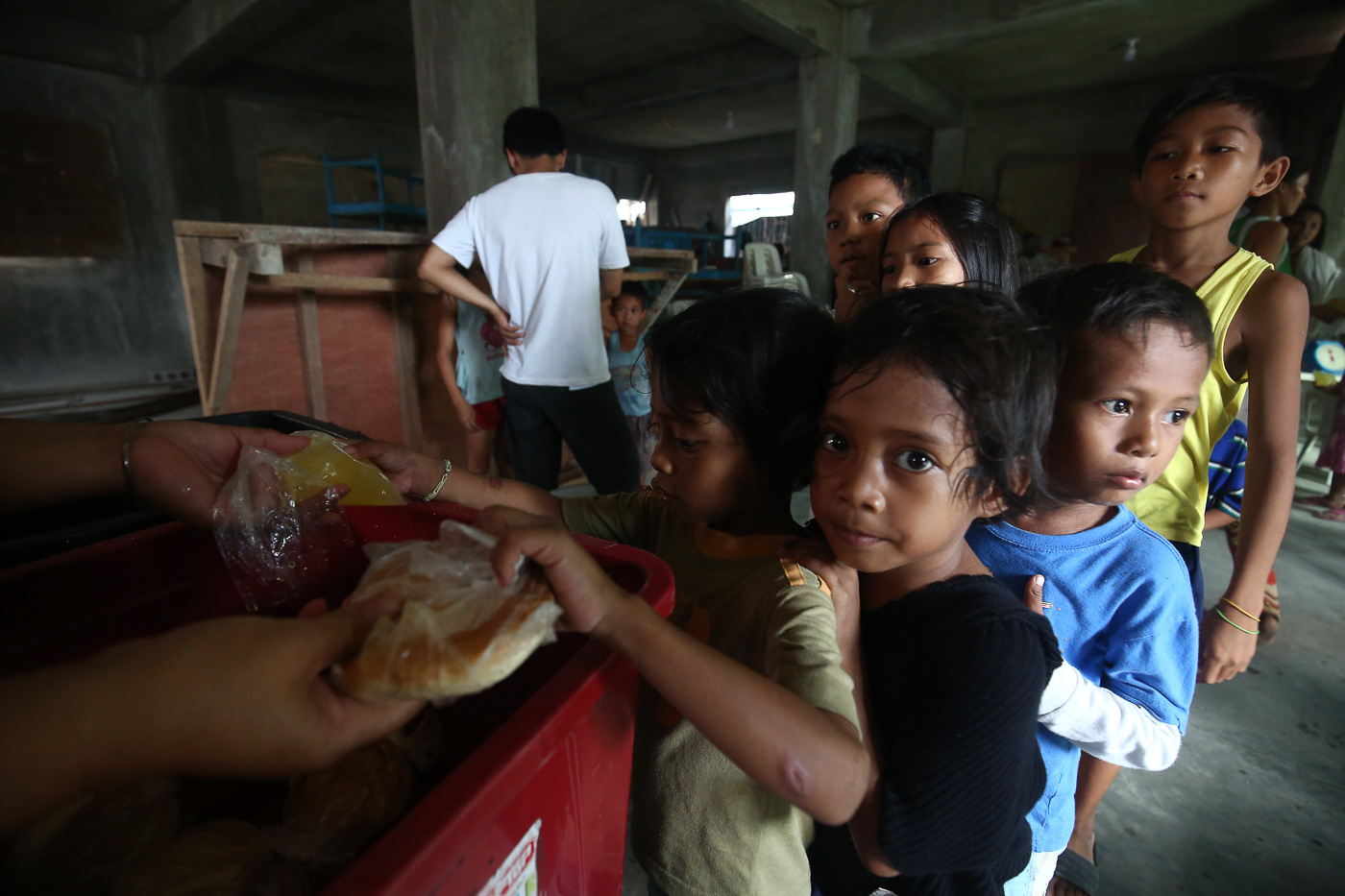 MANILA, Philippines – The number of families experiencing hunger rose in Metro Manila and Mindanao in the 2nd quarter of 2018, based on a Social Weather Stations (SWS) survey conducted in June.

Nationwide, an estimated 2.2 million families or 9.4% experienced involuntary hunger at least once in the 2nd quarter of the year.

SWS indicated hunger as “involuntary” as respondents were asked if it were due to lack of food.

The polling firm defined “moderate hunger” as those who had no food to eat “only once” or “a few times” in the last 3 months.

On the other hand, “severe hunger” was defined as those who “often” or “always” experienced hunger in the last 3 months.

The latest survey was conducted from June 27 to 30, through face-to-face interviews with 1,200 adults nationwide. It had a sampling error margin of ±3% for national percentages, and ±6% each for Metro Manila, Balance Luzon, the Visayas, and Mindanao.

Respondents were asked: “In the last 3 months, did it happen even once that your family experienced hunger and not have anything to eat?”

Those who answered that they experienced hunger were asked further: “Did it happen only once, a few times, often, or always?” – Rappler.com