Jul 24, 2018 4:29 PM PHT
Lian Buan
Facebook Twitter Copy URL
Copied
Arroyo rises to the position of House Speaker, but she is not entirely in the clear because a pending case remains at the Ombudsman 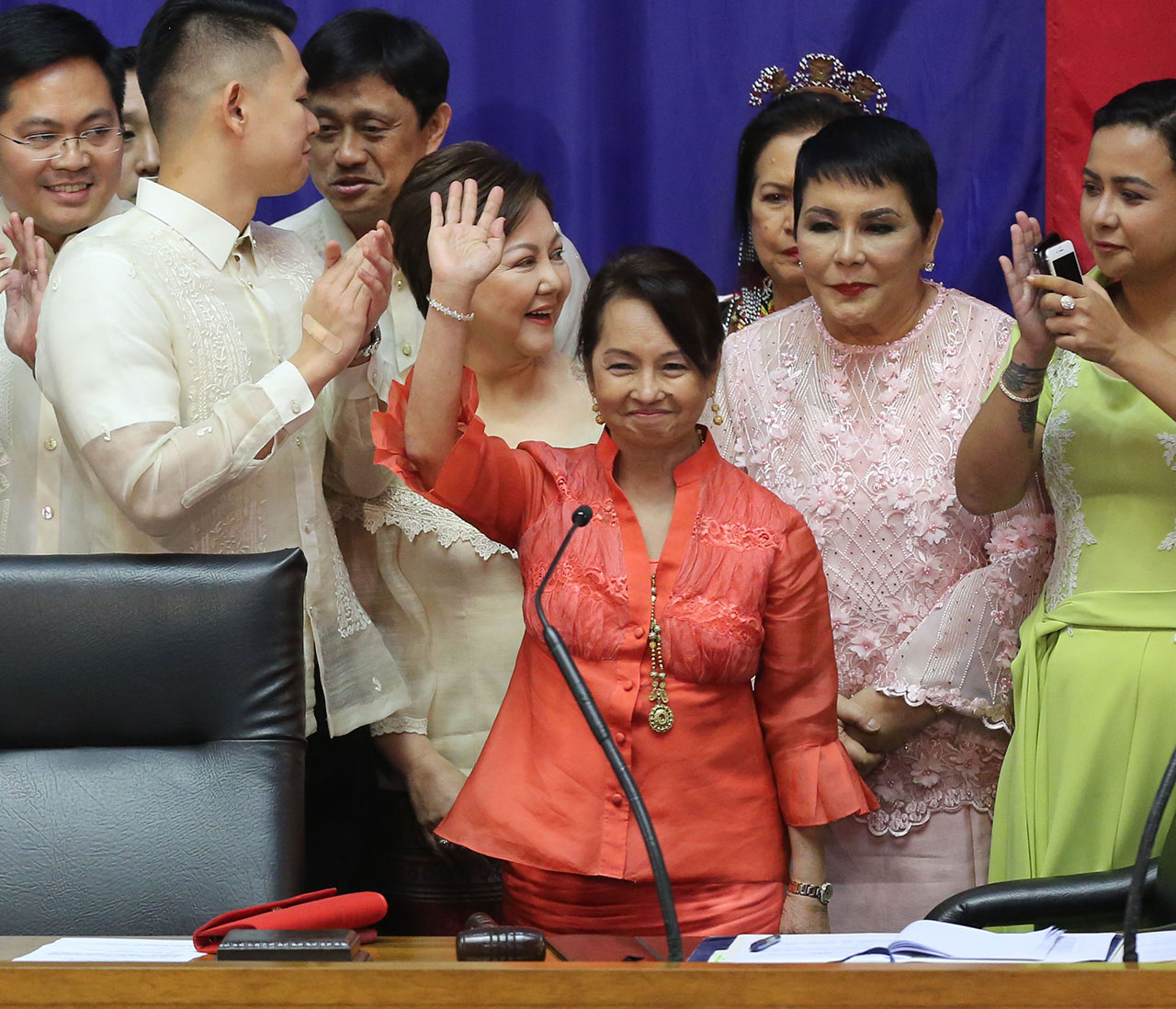 MANILA, Philippines – While she claims she feels nothing over the rise of Pampanga Representative Gloria Macapagal-Arroyo as House Speaker, Ombudsman Conchita Carpio Morales said the plunder case against the former president was “nipped in the bud” by the Supreme Court.

In July 2016, the Supreme Court acquitted Arroyo  in the middle of her trial at the anti-graft court Sandiganbayan over the P365 million Philippine Charity Sweepstakes Office (PCSO) intelligence fund scam.

Ombudsman prosecutors finished presenting their evidence, but when it was Arroyo’s turn, she ran to the High Court where she got exactly what she wanted.

Arroyo was set free, and two years later, she is the leader of the House of Representatives.

“She never had the burden of coming up to controvert the evidence because the case was nipped in the bud so to speak,” Morales said  on Tuesday, July 24, referring to the Supreme Court decision penned by Associate Justice Lucas Bersamin. (READ: TIMELINE: Gloria Arroyo – from plunder to acquittal)

But Arroyo is not entirely in the clear. Our Ombudsman source confirms Case No. OMB-C-C-16-0180 against Arroyo remains at the preliminary investigation. The source added the case is related to the PCSO scam.

Arroyo was Morales’ big fish – a celebrated indictment at a time when the country was reeling from back-to-back corruption scandals during the Arroyo presidency.

Now, the big fish is free and back in power.

“I was deadma, that’s the pleasure of the members of Congress to elect her as president, as speaker rather, I did not feel anything. Nothing is permanent, that was the choice of the majority of the congressman to have a new leader,” Morales said in her last press conference as Ombudsman. 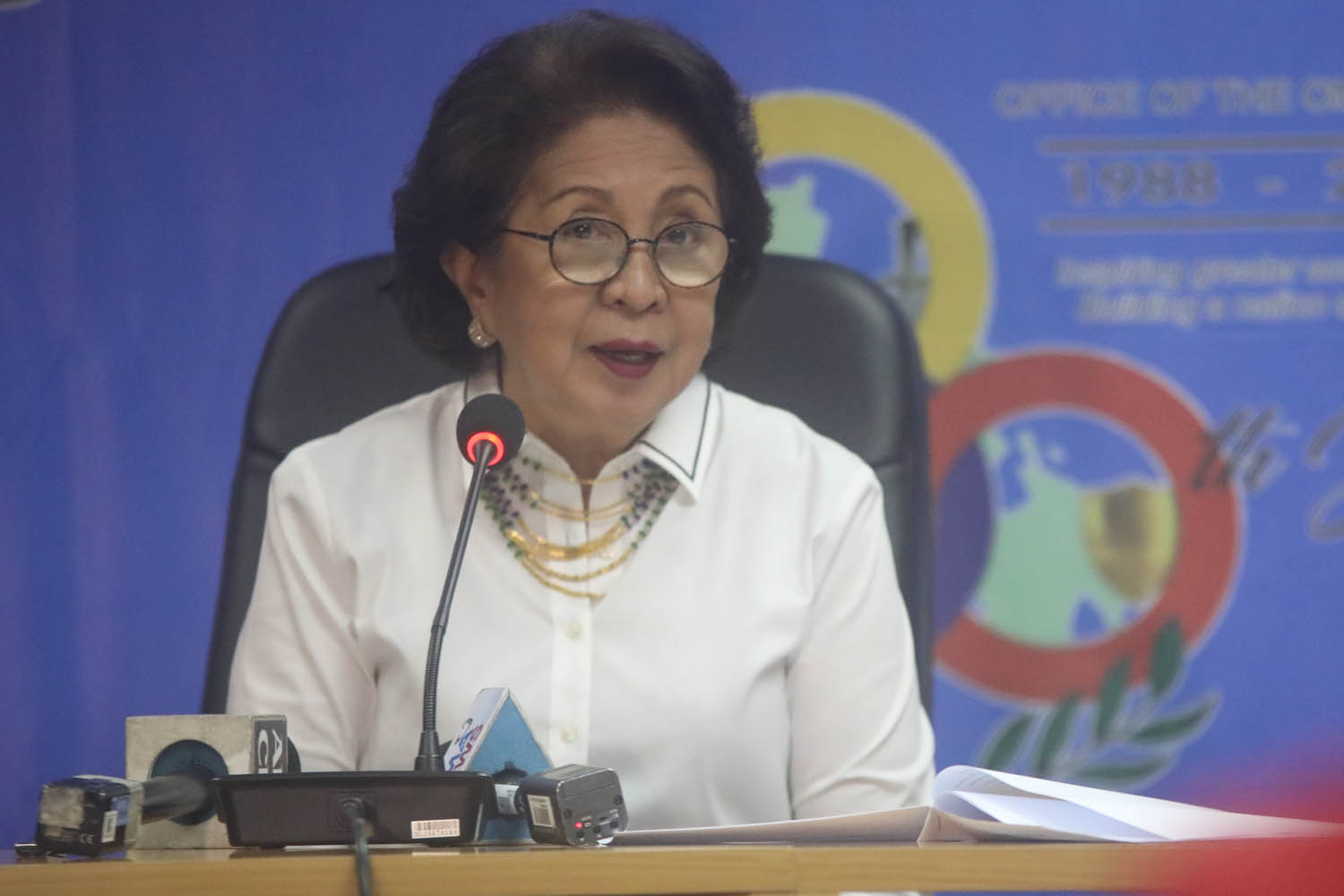 The Sandiganbayan denied Arroyo’s demurrer to evidence in April 2015, which, in some cases would have dealt a big blow to the case. Not for Arroyo.

To explain, after the prosecution finishes presenting the evidence, the defendant can file a demurrer to avoid presentation and dismiss the case right then and there. It is such a big move that one cannot file the demurrer without getting the court’s permission to do so.

The court either disallows the filing in itself, or in Arroyo’s case, allows it but denies the demurrer later. A denied demurrer means the evidence of the prosecution is strong.

But Bersamin’s ponencia stated that because there wasn’t a main plunderer in the PCSO scam, a crime of plunder was not clear.

Because there wasn’t a main plunderer, the Supreme Court divided P365 million by 10 – the number of accused – which was taken to mean that each of the accused could have only gotten P36 million each and which is lower than the plunder treshold of P50 million.

“I thought the Sandiganbayan was right when it denied the demurrer of evidence. If [there is a] tinge of frustration there, so be it,” Morales said.

The acquittal was slammed by dissenting justices  at the Supreme Court. Associate Justice Marvic Loenen said the SC diminishes rule of law “when we deploy legal interpretation to obfuscate rather than to call out what is obvious.”

The SC’s “main plunderer” principle paved the way for the granting of bail to former senator Jinggoy Estrada, which was another big loss to Morales and her prosecutors.

As she steps down, Morales said she is proud of the work she’s done – losses and all.

“On my point of view, as far as I’m concerned, I was loyal to the rule of law,” she said. – Rappler.com