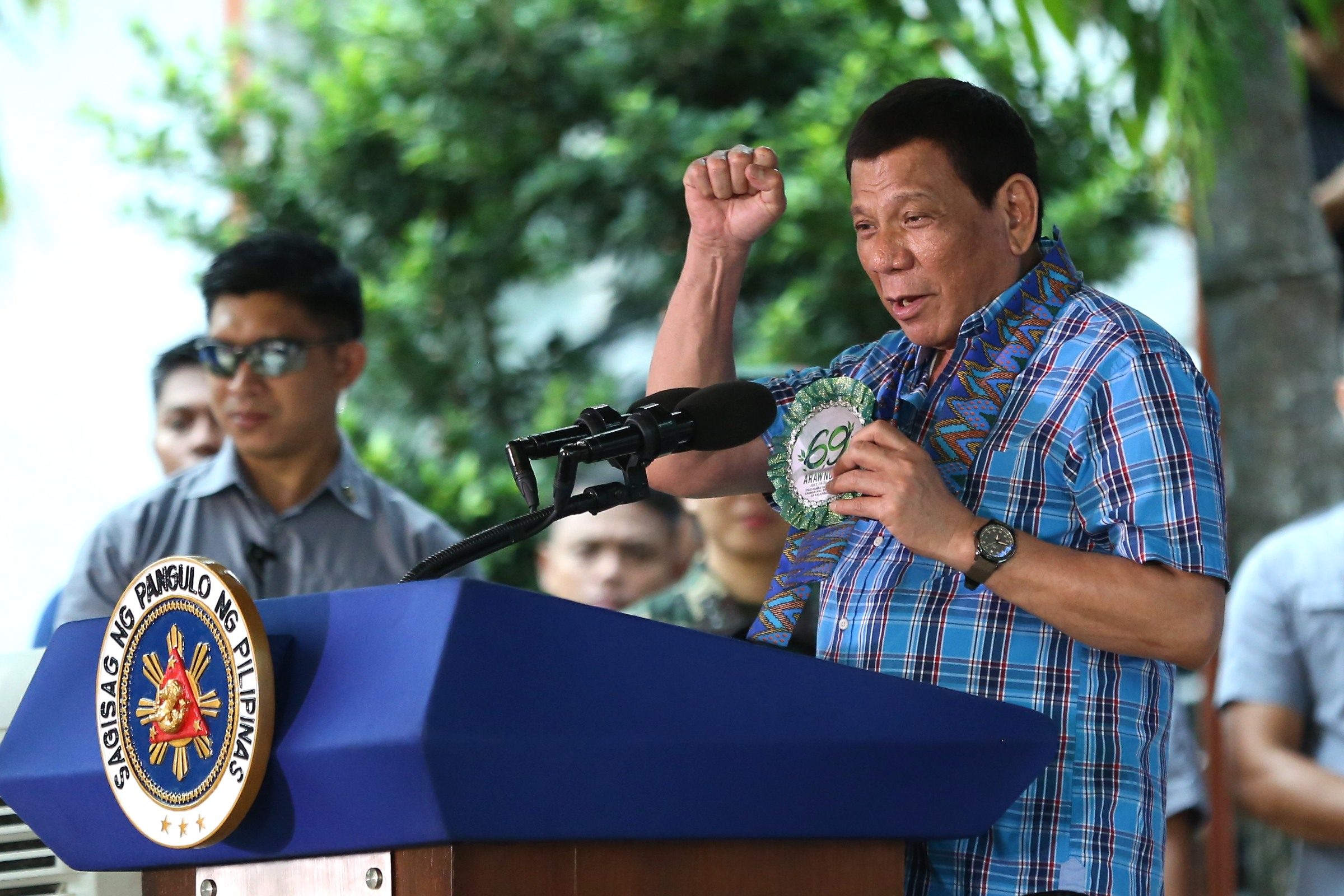 Facebook Twitter Copy URL
Copied
A day after signing the Bangsamoro law, President Rodrigo Duterte appeals to terror groups not to spark any conflict while the Bangsamoro government is being set up

MANILA, Philippines – President Rodrigo Duterte said on Friday, July 27, that he wants to dialogue with terrorist group Abu Sayyaf to bring an end to bloodshed in Mindanao.

It was not the first time for the President to express his openness to a dialogue with the Abu Sayyaf. Days before he formally assumed the presidency in 2016, Duterte had said that “the Abu Sayyaf is not my enemy” and that he wanted to ask them if they were “willing to talk or do we just fight it out?”

Duterte had also said earlier said that he did not consider the Abu Sayyaf – who became infamous for kidnap-for-ransom of foreigners – as a criminals as they committed their acts out of “desperation,” driven by an ideology.

In his speech on Friday, the President also asked the terror group to give him more time to address their grievances about Mindanao and government.

“Now, you have a President with Moro blood. Give me some time. Now, if you really just want to end this world, bathe Mindanao and Jolo in blood, let’s just talk,” he said in Filipino.

In his Friday speech, he appealed to terror groups not to spark any conflict or act of violence while the BOL is being implemented.

“The BBL is signed. Let’s give it some time. Let’s not go to war. Because if there is war – I don’t have a problem dying – but we will all die,” he said in Filipino.

Previously, Duterte had earlier said he would not dialogue with terrorists.

He has also specified that he rejects any talks with the Islamic State (ISIS) because it has “no ideology except to destroy and kill.” The Abu Sayyaf, however, is aligned with ISIS. (READ: More dangerous union: Abu Sayyaf Sulu and ISIS East Asia finally align)

Duterte himself had said that ISIS aims to put up a caliphate in Mindanao. – Rappler.com