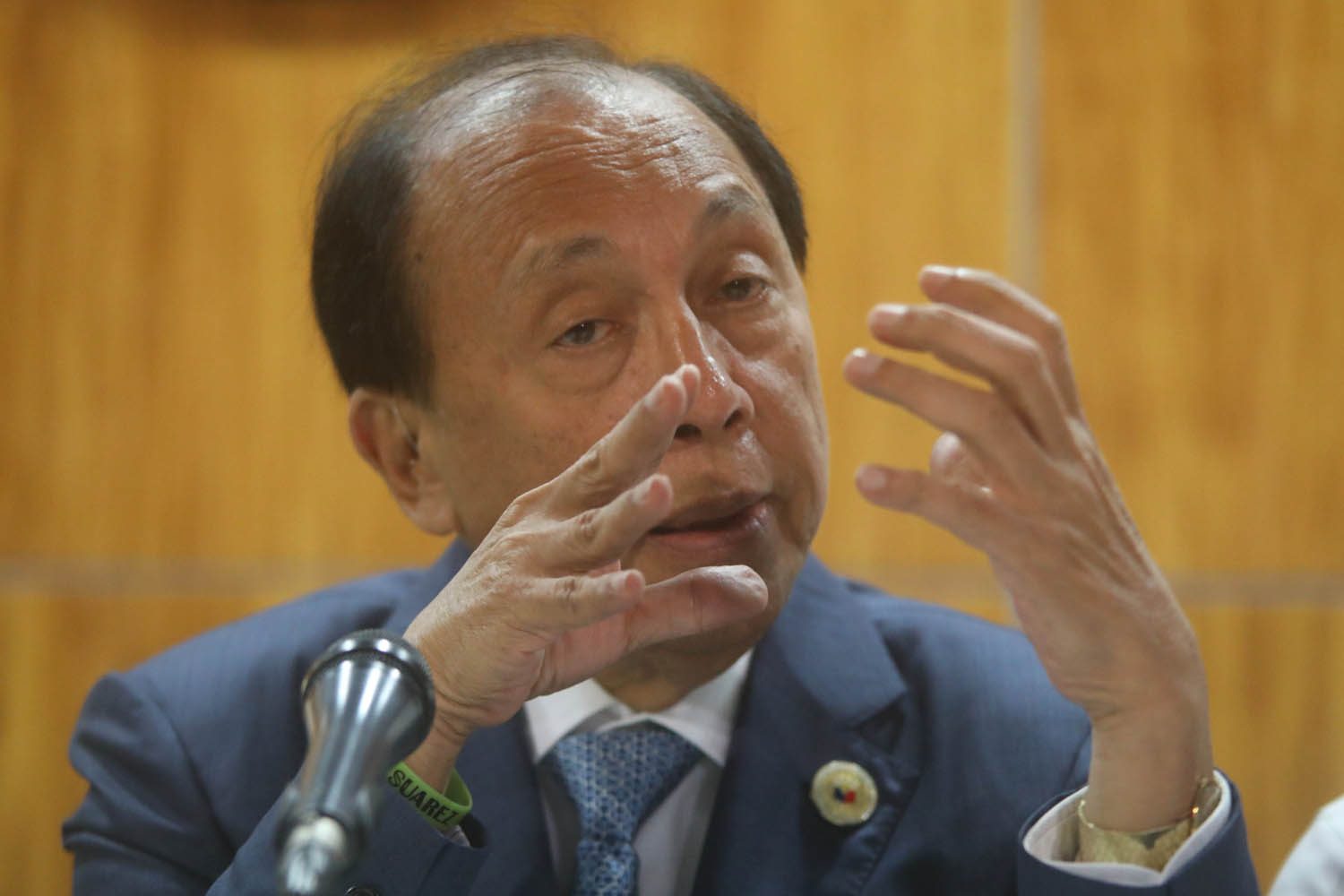 Facebook Twitter Copy URL
Copied
(UPDATED) 'I don't understand why they keep on making noise. They have already lost,' says Quezon 3rd District Representative Danilo Suarez to the two other blocs challenging him for the minority leadership

MANILA, Philippines (UPDATED) – Quezon 3rd District Representative Danilo Suarez claimed he has already won the battle for the minority as he was recognized as its leader during the bicameral conference committee meeting on the coco levy fund bill.

Suarez declared this in a press conference on Wednesday, August 1, the same day the bicam he is part of approved the coconut farmers’ trust fund at the Senate.

“I don’t understand why they keep on making noise. They have already lost. In fact, I just came from a bicameral conference committee meeting [on the coco levy fund bill]. They recognized me as the House minority leader. The chairman of the panel was Senator Cynthia Villar,” said the lawmaker.

For Suarez, the bicam calling him House minority leader puts legitimacy on his claim over the post, as the panel is composed of both district representatives and senators.

Suarez’s 16-member bloc is among the 3 groups of lawmakers who are laying claim over the House minority. The other two groups are the Liberal Party-Makabayan-Magnificent 7 alliance, which already elected Marikina 2nd District Representative Miro Quimbo as their minority leader, and the bloc of ousted speaker Pantaleon Alvarez and former majority leader Rodolfo Fariñas.

For now, the Quimbo-led bloc is the biggest with 26 members, while the Alvarez-Fariñas group has 13 lawmakers on their side. But according to Suarez, who was the minority leader under Alvarez, 10 more lawmakers are set to join their bloc to increase their numbers to 26 as well.

Quimbo and Fariñas already questioned Suarez’s claim over the minority leadership, arguing that the latter is already in the majority bloc because he campaigned and voted for Arroyo to be Speaker. (READ: Fariñas ‘going to SC’ if Suarez stays as House minority leader)

There are also concerns that a Suarez-led bloc would be subservient to Arroyo. But the Quezon lawmaker disagreed.

“There are issues when we did not see eye to eye. Magkakontra nga kami [ni GMA] (GMA and I had opposing views) on [the] sensitive issue of death penalty…. We will be a constructive minority,” he said.

Suarez was one of the co-authors of the death penalty bill, which Arroyo voted against. The former president’s “no” vote for this measure made Alvarez remove her as deputy speaker.

Suarez, however, was part of the ouster movement that unseated Alvarez and made Arroyo the new Speaker.

Debates on the minority leadership will continue during the session on Wednesday afternoon. Arroyo already said she will not intervene in the issue and will let the minority lawmakers settle it among themselves. – Rappler.com