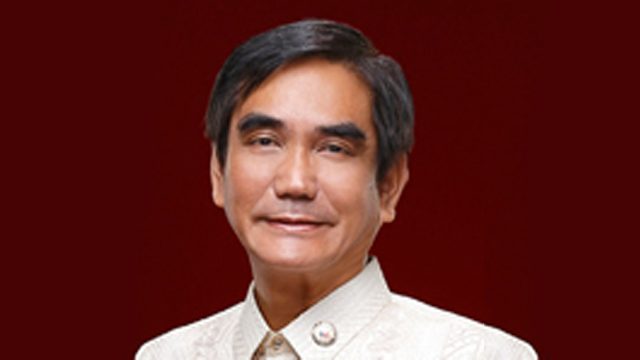 Facebook Twitter Copy URL
Copied
But two other blocs in the House of Representatives have their own minority leaders, and it's unclear who'll prevail

In a statement, Fariñas said their bloc – one of the 3 groups fighting over the minority leadership in the House of Representatives – unanimously chose De Vera on Thursday, August 2.

Their bloc has 13 members, so far:

The minority leadership row at the House had begun after the ouster of Alvarez on July 23, and the subsequent election of Pampanga 2nd District Representative Gloria Macapagal Arroyo as Speaker.

Quezon 3rd District Representative Danilo Suarez, the minority leader under Alvarez, insisted he still holds the post despite voting in favor of Arroyo.

But Fariñas argued that Suarez’s deputy, De Vera, is the rightful minority leader because he did not participate in the vote for Arroyo. (READ: ‘Minority Leader’ Eugene de Vera? House rules silent on leadership succession)

Aside from the Alvarez-Fariñas bloc and the Suarez bloc, the group composed of lawmakers from the Liberal Party, Makabayan, and “Magnificent 7” is saying they are the real House minority. For them, Marikina 2nd District Representative Miro Quimbo is the new minority leader.

Arroyo has said she won’t intervene in the matter. – Rappler.com