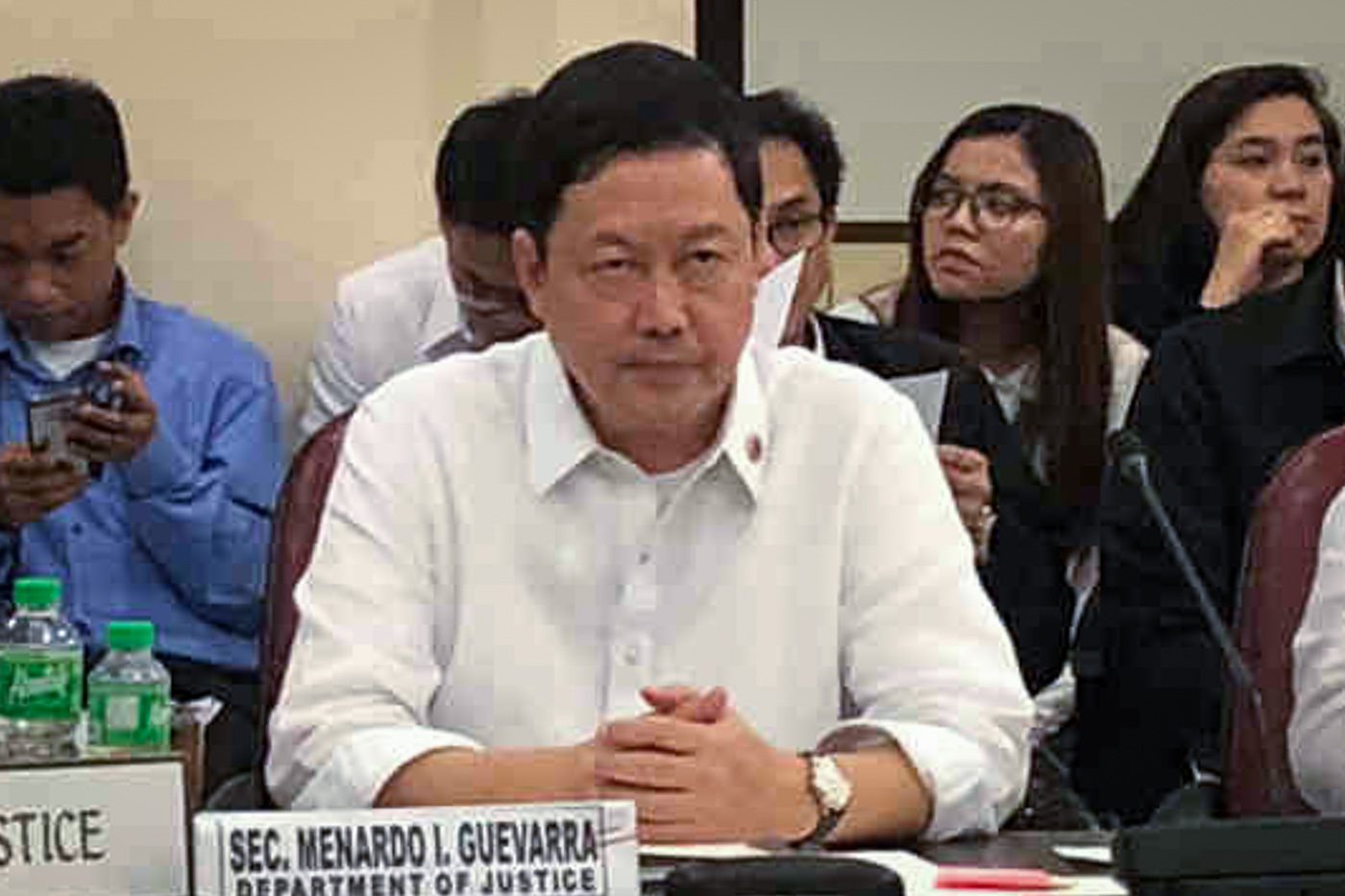 Facebook Twitter Copy URL
Copied
Justice Secretary Menardo Guevarra says: 'The DOJ itself did not have any personal verification of any connection by these individuals with the CPP or the NPA'

MANILA, Philippines – The Department of Justice (DOJ) did not verify the list of 461 names and 188 aliases the government is seeking to declare as “terrorists” under the Human Security Act of 2007.

DOJ Secretary Menardo Guevarra admitted this before lawmakers on Monday, August 6, as he defended his department’s proposed P21.353-billion budget for 2019, an increase from its P19.664 billion budget this year.

“The DOJ itself did not have any personal verification of any connection by these individuals with the CPP (Communist Party of the Philippines) or the NPA (National People’s Army),” said Guevarra.

“I’d like to clarify the petition for proscription under the Human Security Act was filed by the Department of Justice versus two entities, the National People’s Army and the Communist Party of the Philippines. The inclusion or the fact that several hundreds of individuals who were named in that petition was based on information supplied solely to the department by the intelligence agencies of the government,” said Gueverra.

It was Bayan Muna Representative Carlos Zarate who asked Guevarra if the DOJ had validated every name on the list before including them in the petition before a Manila court seeking to declare the 649 individuals as terrorists.

(Because of this list, human rights organizations said it’s virtually a hit-list because you’re linking these 600 names with an organization you want to proscribe, including the name of our chair in Bayan Muna, Satur Ocampo.)

The petition was an apparent implementation of President Rodrigo Duterte’s Proclamation No. 374 declaring the CPP-NPA as a terrorist organization.

It must be noted, however, that the petition to tag the 649 people as terrorists was filed on February 21 during the term of ex-DOJ chief Vitaliano Aguirre II. Aguirre’s resignation was announced by Duterte on April 5, the same day Gueverra was appointed the new DOJ secretary.

Zarate then said the DOJ should “be more prudent” when filing cases against government critics.

“I hope your department will be more prudent in reviewing all of these cases being filed against activists, government critics, and other leaders of the people’s resistance,” said the lawmaker in Filipino. – Rappler.com