‘Remove PCOO budget, use it for what Filipinos need’ 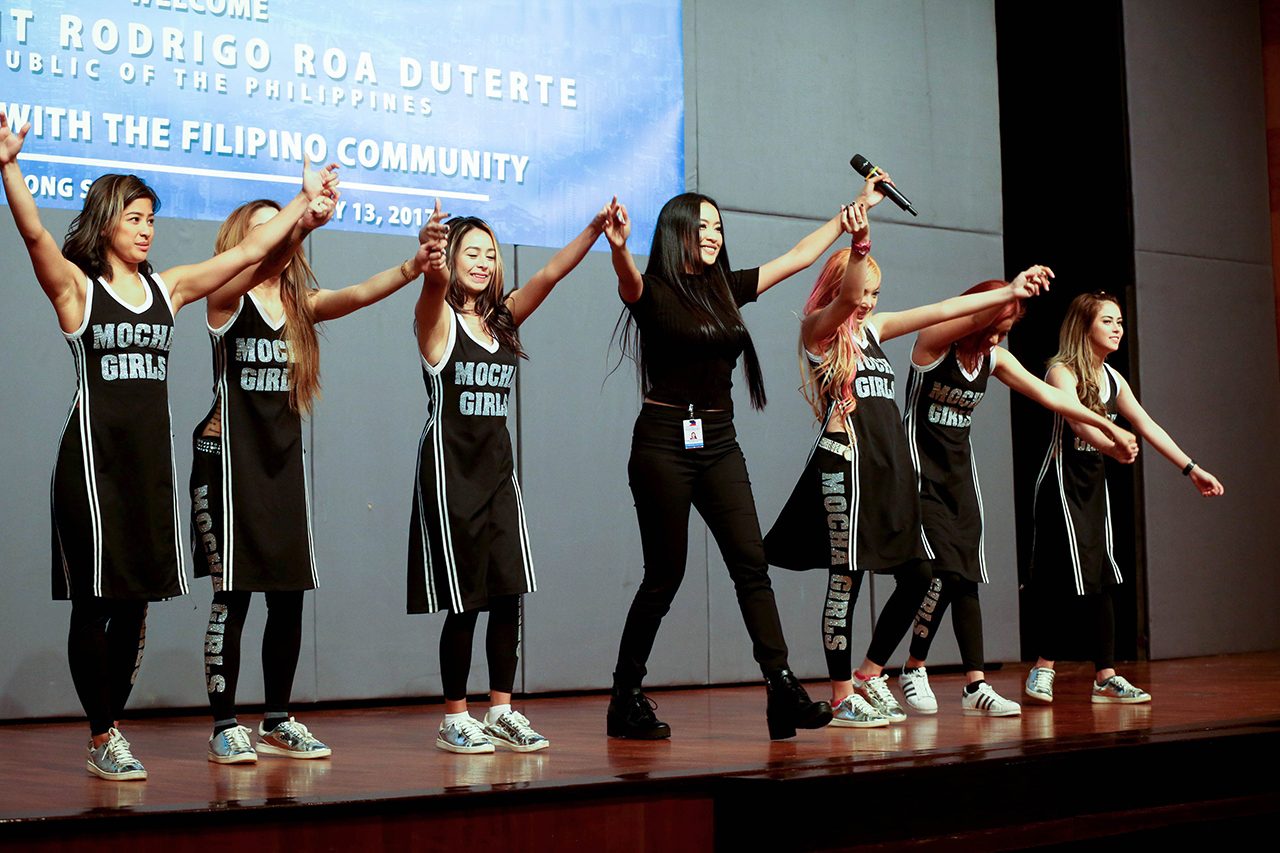 MANILA, Philippines – The proposed 2019 budget of the Presidential Communications Operations Office (PCOO) may be in peril after Assistant Secretary Mocha Uson posted her controversial video on federalism.

On Monday, August 6, Akbayan Representative Tom Villarin said the PCOO’s budget should be removed. He said the federalism jingle and dance shown in a video posted by Uson is “not the first time that the PCOO made a fool of itself.”

“Simple errors in spelling or grammar are indicators of the huge error in appointing officials who are not up for the task of informing our people accurately, sufficiently, and responsibly. If this is where our taxes go, perhaps it’s time to remove its budget and use it for what our people truly need,” said the opposition lawmaker, using the hashtag #ZeroBudgetPCOO.

On August 2, Uson posted on Facebook a one-hour Facebook Live video of her “Good News Game Show” with co-host Drew Olivar. Olivar was seen singing “I-pepe” and “I-dede” while dancing and gesturing to his crotch and chest areas. He then yelled “I-pederalismo” at the end of the number.

“A presidential office is not a comedy bar. Asec Uson would better remember that she is already a public official who must perform, not lewd acts of comic material, but her duties to the Filipino people with integrity and respect,” said Villarin.

“A defective product cannot be sold by an equally defective seller. She fails not only in making Duterte’s cha-cha (charter change) any more palatable for Filipinos, but also in engaging Filipinos into the real issues surrounding cha-cha,” he added.

The PCOO has been hounded by several gaffes in the past, with mistakes ranging from wrong grammar to using “Norwegia” to refer to Norway.

Why the budget increase?

Senator Grace Poe, meanwhile, demanded an explanation from the PCOO on its proposed P100-million budget increase at a time when hunger incidence and food prices are soaring.

Poe said the amount could just be spent for social services.

“The obliterated amount from some agencies will hit hard the people, who badly need social services. What will sustain them are education, affordable food, health services and social assistance, not gaffes and reckless communication campaigns,” Poe said in a statement.

For Senator Nancy Binay, the P90-million budget for the federalism campaign should just be allotted for children’s medicines.

“Let it be better spent on medicines and assistance to flood and fire victims – at least we know health care is worth every centavo,” Binay said.

Uson was tapped by the Consultative Committee (Con-Com) to help in the campaign for federalism. But Con-Com members themselves are now “up in arms” over the video of Uson, who has said she and Olivar meant no malice. (READ: Mocha Uson should ‘lie low’ in federalism drive – Con-Com spokesman)

(They’re disrespecting their office in Malacañang…. But the more important question is: Did they use taxpayers’ money for this? As assistant secretary of the PCOO and one of those tasked by the President to lead the IEC on federalism, they allotted funds for a defective campaign. If that’s the case, then this is corruption.)

Gabriela Women’s Party Representative Arlene Brosas also described Uson’s video as a “disgusting use of female sexual objectification” and a “vulgar degradation of women for a questionable political end.”

“It is deplorable that Uson is using her position and influence to spread and reinforce the macho and patriarchal view that women’s bodies are mere objects that can be toyed for amusement, in this case, for a perverted information drive on federalism which majority of Filipinos object [to],” said Brosas.

“This speaks not only of Mocha but also of the perverted fantasies of the [Con-Com] which tapped her for the info drive, and by extension, of the alarming rise of macho-fascism under Duterte,” she added.