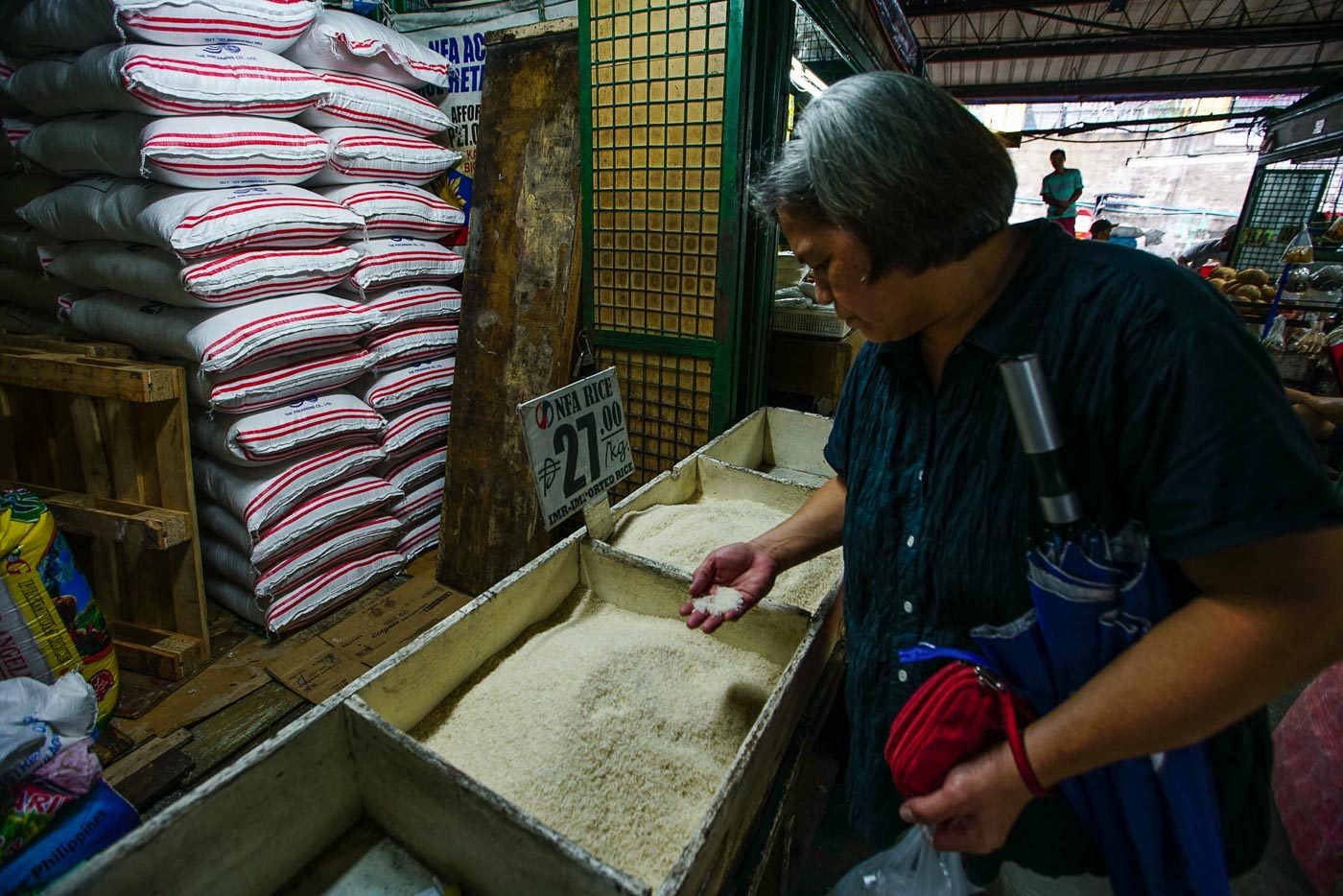 Facebook Twitter Copy URL
Copied
For state auditors, the NFA could actually do away with imports if it just uses the funds to boost and buy local rice

MANILA, Philippines – Why a rice supply shortage? It’s because the National Food Authority diverted P5 billion worth of government subsidy from the food security program to the payment of loans.

The Commission on Audit (COA) said that if only the NFA spent the money on incentives for farmers, it would have encouraged them to sell their produce to the government.

This then created a domino effect, said the COA.

“The procurement shortfall affected other programs of NFA, such as rice distribution and buffer stocking resulting in higher price of rice, unavailability of NFA rice in the market and lower inventory of rice in various NFA warehouses,” said the COA in its 2017 report on the NFA.

The NFA was allocated with P5.1 billion of government subsidy meant for the agency’s food security program. The money was set aside to be used “specifically to stabilize the price and supply of rice and corn.”

Instead, the NFA spent P3.01 billion to offset its debt that the Bureau of Treasury (BTr) previously paid on its behalf.

The remaining P2.09 billion was deposited to the NFA’s Rice Collection Savings Account, which was eventually used to pay the principal and interest on the NFA’s loans to the Land Bank of the Phillippines (LBP) and the Development Bank of the Philippines (DBP).

The COA noted that in 2017, the NFA fell short of procuring 124,969 metric tons of palay. The COA said it was because the regional offices did not have the sufficient funds during harvest season to buy supply.

“NFA could have used the subsidy for additional incentives to farmers to level up and/or compete with local traders in order to attain its objective of providing market for farmers’ produce with fair return on their investment in production cost so as to encourage farmers to sell their produce to the Agency,” said state auditors.

The NFA said the money was used to replenish their funds to cover the 2016 payment of 250,00- metric-ton government-to-government (G2G) rice importation, which they did through a P3.7-billion loan.

One of the disadvantages of G2G is that the government would have to take out a loan to purchase rice from another government, that is why the then NFA Council head Cabinet Secretary Leoncio Evasco Jr fiercely opposed it.

But in April this year, President Rodrigo Duterte gave the go-signal to G2G, which is what NFA administrator Jason Aquino wants.

Paying loans and debts would stabilize the NFA’s finances and would enable them to take up new loans, which they need to do under a G2G scheme.

But for state auditors, the NFA could actually do away with imports if it just uses the funds for procuring local produce.

“Had the NFA attained its target procurement, it would not have only added to the mandatory buffer stock requirement, but would have likewise encouraged farmers to produce more and minimize the need to import rice which utilizes foreign exchange reserve that eventually result in foreign or domestic borrowings for NFA,” said the COA.

The NFA also said that it had to pay for maturing loans to save on interest and documentary stamp tax, which resulted in P6-billion financial charges in 2016.

“Maintaining the idle/unutilized procurement fund of P2.090 billion as of March 2017 in the bank will only earn minimal interest income of 0.10 percent (regular savings) to 0.25 (high yielding rate) per annum, compared to the savings in paying interest expenses for loans at the rate of 2.5 percent per annum aside from the savings on documentary stamp tax,” the NFA said.

The COA said: “We recognize Management’s prudent decision in paying maturing loans to save on interest expenses and documentary stamp tax. However, the utilization of the subsidy other than the intended purpose could compromise the implementation of NFA’s programs for food security through procurement of palay and rice importation.”

Last April, Duterte took Evasco out  of the NFA Council supposedly for being “too short-sighted” and in order to stop a “turf war” with NFA Administrator Aquino.