Joint development deal may be finalized before Xi visit – Roque 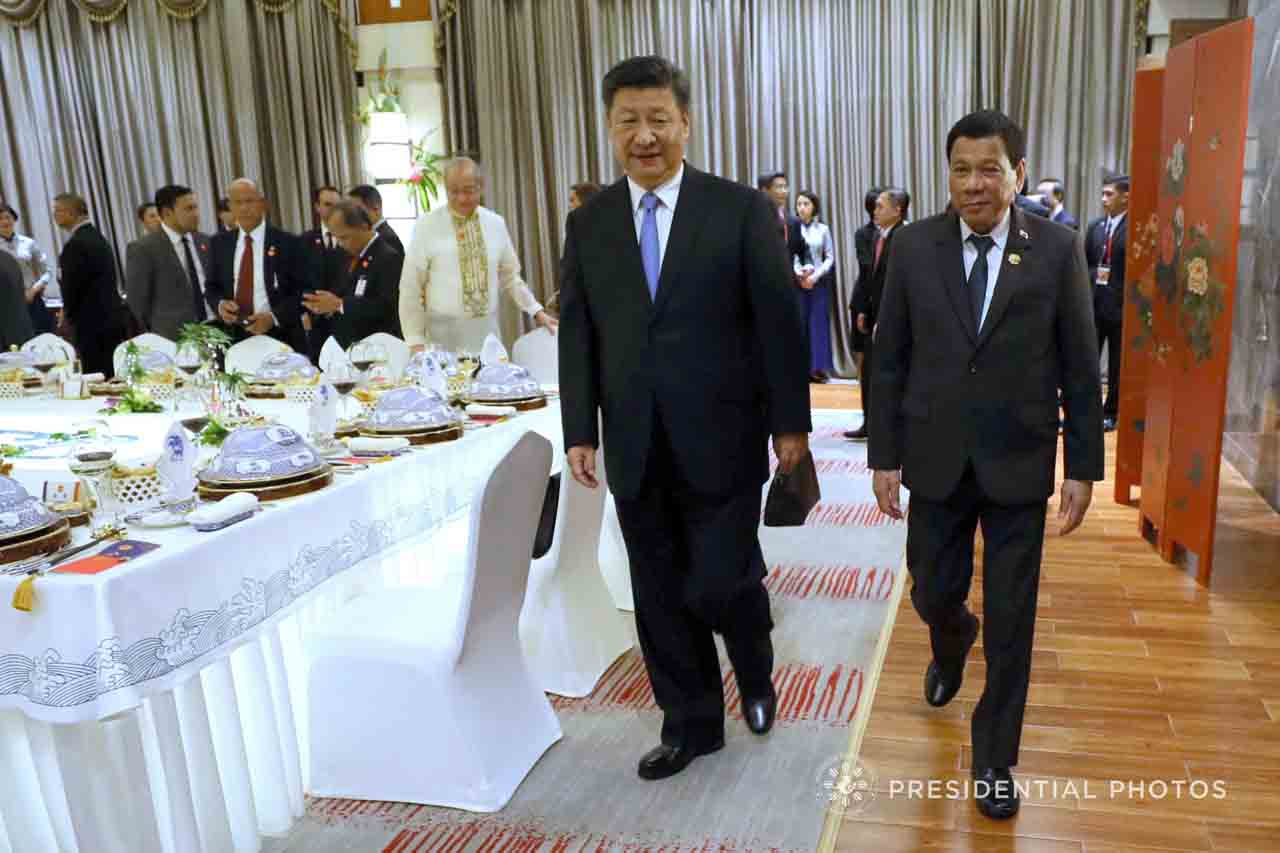 MANILA, Philippines – The framework for joint development of resources in the West Philippine Sea (South China Sea) between the Philippines and China may be finalized before Chinese President Xi Jinping’s Manila visit later this year, Malacañang said on Thursday, August 9.

Asked at a Palace news briefing when the agreement would be “forged,” said Presidential Spokesperson Harry Roque said: “No time frame but, of course, because of the impending visit of President Xi, I would say that it is anytime between now and the visit of President Xi but it was not expressly stated as such.”

Xi is expected to visit the Philippines in the last quarter of 2018. Roque said the Chinese leader might head to Manila after the Asia-Pacific Economic Cooperation Summit in Papua New Guinea in mid-November.

Manila and Beijing earlier held talks on a “bilateral agreement that would enable the joint exploration to happen” in the West Philippine Sea, said Roque.

The bilateral framework is supposed to clear the way for private entities in the Philippines and China to enter into contracts for joint development of natural resources like oil and gas in the sea.

Foreign Secretary Alan Peter Cayetano said on Tuesday that earlier this week, Duterte allowed him to form a working group on the proposed joint exploration in the West Philippine Sea.

He said that China “is also ready with their working group.”

“The challenge is for us to be able to draft a framework or an agreement that the Supreme Court will have an easy time saying it’s constitutional,” Cayetano said.

However, former president Benigno Aquino III earlier warned that the proposed 60-40 arrangement could end up as disadvantageous to the Philippines.

Aquino stressed that the West Philippine Sea is covered by the Philippines’ exclusive economic zone (EEZ), a 200-nautical mile area within which the Philippines has exclusive rights to explore and exploit marine resources.

During the Palace briefing, Roque also said that Duterte had invited Xi to visit his home in Davao City.

Duterte had invited Xi to come to the Philippines during his past visits to China.

“I remember in China the President even invited him not just to come to the Philippines, but to [have] dinner in his house in Davao,” said Roque.